A Funny Story About iPhone, iPad, And Exchange 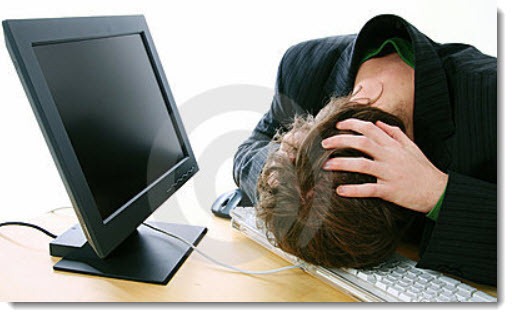 I’m going to tell you a story about one of the little problems that came up yesterday – just a random illustration of why my hair is thin and I occasionally start openly weeping for no apparent reason.

This one happens to involve an iPhone, an iPad, and a hosted Exchange mailbox from Microsoft Online Services. Those are all wonderful products. I intend them no disrespect. This could just have easily happened with an Android phone, an HP notebook, and any program or service you can name. That’s kind of the point.

Client calls up and says her iPad and iPhone have stopped connecting to her Exchange mailbox. The mailbox is working – Outlook is connected on her computers – but the iPad and iPhone stopped working simultaneously and now only display a message about “unable to contact server.”

There’s an ambiguous reference on the Microsoft Online Services Health Dashboard to some ActiveSync problems affecting a few people, so I thought it would sort itself out. We let a day go by.

When that didn’t work, we spent some time troubleshooting. We checked the account credentials, although nothing had changed recently and it wasn’t time for a password change. We checked the other account settings on the phone. We tried to sync manually. Nothing worked. The mailbox was in tip-top shape, but the iPad and iPhone refused to connect.

If I had deleted the account from the phone or tablet and set it up from scratch, I believe that also would have failed to fix it. (More about that below.)

I solved the problem. You know what I had her do?

I had her capitalize the first letter of her user name (her email address) in the account settings on the phone and try it again.

Bang! Instant connection. Mailbox/contacts/calendar all filled up right away. It worked on both the iPhone and iPad.

I had her capitalize the first letter of her email address in the account settings.

You know why it was okay to change a letter from lower case to upper case? Because the user name is not case-sensitive. Exchange ignores the case on user names and email addresses.

Please – dear god, please – make the buzzing in my head stop. Tell me why in the world that fixes this problem! Why did it happen that two devices simultaneously stopped syncing with Exchange at the same random moment on a Tuesday morning? I’m not aware of any updates, patches, or sunspots to account for it. Are you telling me that it doesn’t work to start from scratch using the correct account settings, but it does work to change the case of a letter in a field that is not case-sensitive?

I didn’t come up with that solution on my own. There were similar stories on this page in the MOS forums, where you will find the words, “beyond frustrating,” “garbage,” “ridiculous,” “angry,” “annoyed,” and “grrrr.” All of them seem completely appropriate. That’s why I know it was unlikely to be effective to re-create the account from scratch – other people have already tried that.

There’s no way to know if the problem is caused by Apple or Microsoft. It almost doesn’t matter.

If you’re in this position, the short version of the troubleshooting tips: