Verizon Gets The iPhone 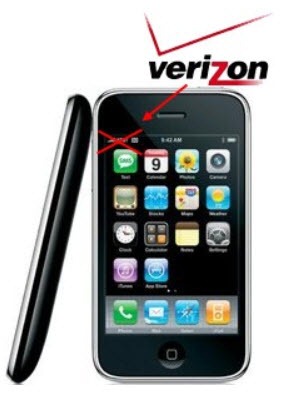 You probably saw the news that Verizon will begin selling a version of the iPhone that will run on its network starting February 10. We’re very conscious of Verizon’s business plans in the North Bay, since AT&T’s presence up here is feeble at best and Sprint and T-Mobile are non-starters. I’ll give you just a few extra bits of information.

[Edit 01/12/11: Wrong! Got that backwards. AT&T’s GSM system is the global standard, it’s Verizon’s CDMA system that is US-centric. Here’s an explanation of the two standards. Verizon called out the “global” capabilities of its iPhone (and here’s one blogger who’s wondering what that’s about), but it’s the AT&T version that makes a better world traveler.

[The real holy grail for travelers would be an iPhone with the ability to talk to both GSM and CDMA networks. Many rumors – perhaps the next generation.]

Side note for Android owners: it’s possible to get the same result with a free app named PDANet and – maybe – sidestep Verizon’s monthly tethering fee. The only problem is, Verizon probably doesn’t like that a bit and there’s some well-justified paranoia about whether Verizon will start identifying people using PDANet and terminating their service or sending big bills or killing their dogs. Experiment at your own risk!