Windows 7 Is Safer Than Windows XP 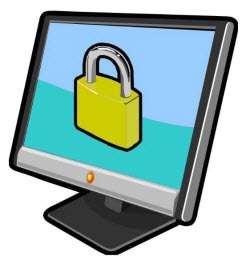 Windows XP computers are falling over left and right. Many of them are simply insufferably slow for all the reasons I wrote about last fall. Windows XP is a much heavier, slower OS than when it was first released, and six year old computers simply don’t have the processing power to run Windows XP at acceptable speed after years of security updates and patches.

Another trend has been quite noticeable. The wave of malware delivered from poisoned web sites continues unabated, and almost every computer I’ve seen taken down by malware in the last year has been running Windows XP.

That’s a big difference that reflects hard work at the operating system level by Microsoft engineers since Windows XP was shipped eleven years ago. Windows 7 has some fundamental technology that simply cannot be back-ported to Windows XP – Data Execution Prevention and Address Space Layout Randomization, plus Kernel Patch Protection in 64-bit versions of Windows 7. (Vista is in the middle – far better than XP but with infection rates that are double those on comparable Windows 7 PCs.)

The result is that a Windows XP computer is not able to be as secure online as a Windows 7 computer, even with the latest browser and a good security program. Windows XP is inherently vulnerable to some kinds of online exploits that new computers can fight off.

There is no rest in the battle against the bad guys. Windows 7 is hardened enough that they are switching their focus away from the Windows operating system itself and attacking browser add-ins like Java and Flash and Adobe instead. That’s why it’s so important to stay current on updates, and why I urge everyone to sign up for my monitoring and updating service.

But the overall lesson is crystal clear: your old Windows XP computers are starting to be a security risk, in addition to killing productivity for the poor employees who have to twiddle their thumbs every time they click on a link or switch programs. Say goodbye to your six year old computers!