Botched Updates From Microsoft And Adobe 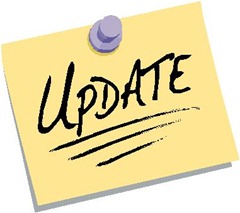 Did your computer start last night? Mine did! Boy, was I surprised! Ha ha!

No, seriously, I was surprised. And sometimes I don’t like surprises.

Microsoft automatically installs updates on the second Tuesday of each month. It occasionally pushes out more patches two weeks later, as it did this month. I don’t always have to know when my computer will restart on a Tuesday night and I don’t always post something to warn you. It’s part of the game.

I read pretty widely, though, and I had no idea these were coming last night. Usually I see mentions of upcoming patches in the technical and support blogs but this one arrived with no buzz.

So it goes. I’m more frustrated by Microsoft Office 2010 Service Pack 1, which was released yesterday as well. It was not installed automatically last night but you might find it down in the lower right corner, marked as an “Important” update.

Service Pack 1 is a collection of updates and bug fixes that will not change anything dramatically for you. It will be installed on anyone’s computer with Office 2010 in due course. With luck, it won’t break anything. Here’s an article about the Service Pack, and here’s a complete list of fixes.

Don’t misunderstand me. Microsoft Office 2010 Service Pack 1 is a lovely update. It’s not broken. You can install it. I’ll take care of it for clients that are signed up for my monitoring service.

The botched part of the update is the timing. Microsoft released the service pack yesterday to accompany the Office 365 rollout, presumably because the service pack fixes some issues relating to the online Office Web Apps. For some reason the company did not tell anyone that it intended to push it immediately into all the update channels – the Automatic Updates system and WSUS. With luck it’s perfectly safe and absolutely stable and there’s no reason to delay, but I’m more comfortable if I’ve watched for trouble reports for a week or two before these things land on your doorstep. I’m not the only one miffed by the lack of notice – Susan Bradley commented on the same thing earlier today.

Adobe released an update for its Acrobat 9 lineup on June 15. Acrobat 9.4.5 fixed multiple security vulnerabilities; it was installed automatically and on schedule, so no complaints about the process or the timing. Slowly but surely Acrobat is becoming more secure and Adobe is becoming more grown up.

And yet Adobe managed to bring a special ineptitude to the table yet again. The update introduced a bug – not a security problem, just a feature that was broken by the update – and it likely won’t be fixed for a while. Two weeks, when the next patches are scheduled? Longer? Adobe’s not saying.

Acrobat’s navigation bar on the left has a “Pages” panel to display thumbnails of the pages in a PDF. It ought to be possible to select multiple pages by ctrl-clicking or shift-clicking to select the pages, which then allows you to remove them, change the order, replace them, or more.

The 9.4.5 update broke the ability to ctrl-click or shift-click to select multiple pages. It just doesn’t work.

People who use that feature depend on it. They are outraged, with good reason. Here’s where I finally tracked down Adobe’s resonsibility for the bug, after a fruitless hour or more running repairs and trying to figure out what was going on. There are lots of exclamation points on that page.

After a week of silence, Adobe finally responded: “Oops! Our bad.”

Fortunately, there is a workaround. You can select pages by dragging with the mouse around the first page you want to select. It will be outlined in blue as if you had clicked it. Then hold down the shift key while dragging around the next page or group of pages. The pages do not have to be contiguous or near each other.

Eventually it will be fixed, just another bumpy pothole in our technical road.

To the best of my knowledge, this only affects Acrobat 9, not Acrobat X.

Good luck out there!