Technology Is Not Getting Easier! 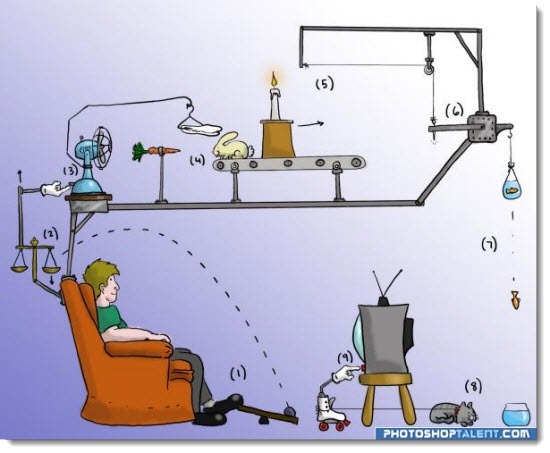 It’s supposed to be getting easier! After all, smartphones and tablets should be simple to use, right? iPhones and iPads are exposing hundreds of millions of people to Apple’s fabled ecosystem, and for years we’ve been told that everything is easy and intuitive in the Apple world. Meanwhile Windows 7 brings impressive advances in hardware support and security and stability to our computers.

Why does it seem like there are more complaints, not less?

I recommend an interesting article by Farhad Manjoo in Slate: 2011 Was A Terrible Year For Tech. Here are the key points:

“In 2011 nearly every gadget or service that I use on a regular basis picked up new features that made it more frustrating to deal with. Everywhere I looked, I saw feature creep, platform wars, competing media standards, and increasingly chaotic user interfaces. . . .

“Devices and services had a harder time playing together, and simply choosing what to use became an occasion for a flowchart. . . .

“This is something that the marketplace will address over the long run: As one mobile platform wins out, and one media service gains dominance, eventually it will become easier to choose the best way to send messages, watch videos, and keep things synced between your gadgets. But Apple, Google, Facebook, Amazon, and Microsoft are locked in a battle for the ages. None of them is going to give up soon, and it might be many years before we see a clear winner. Until then, brace yourself.”

I am frequently asked questions about whether service X will work with device Y. There is often no clear answer. When people ask me for help, they’re usually counting on me to deliver something that will “just work.” All too often there is a wide gulf between something that will work smoothly and something that might work but only with endless tweaking and twiddling – or not at all.

Think of the world of mobile devices. Apple and Google both make phones and tablets; Amazon has entered the market with the Kindle Fire, a kind-of-a-tablet; and Microsoft is about to start heavily promoting Windows tablets and phones. Those companies have strongly mixed emotions! Each company wants you to use its services for mail or sharing photos or collaborating on business documents, so there’s an incentive to make those services work on whatever device you choose. But those companies are also bitter competitors who have equally strong incentives to lock you into their hardware and make it hard for you to be satisfied with a competitor’s device.

Another example: Google’s Android operating system is offered for sale in many different versions by many hardware manufacturers. Android phones look different from each other and there is no guarantee that an app for one Android phone will work smoothly on another one. The obvious example: Android apps largely will not work on the Kindle Fire until they are rewritten, even though the Kindle Fire is technically based on Android; Amazon modified the Android OS beyond recognition. But even setting that aside, one of the frequent complaints in Google Market concerns apps that work fine on one model of phone but crash on another.

Not everything will work! Even the things that work have been getting more difficult as “features” are shoehorned in until something simple requires hours of study. Facebook is the most notorious example of a service that has become overwhelmed by its constantly changing interface and the dozens of new functions that appear and disappear around its edges.

It’s not going to get better in 2012. Shop carefully, ask for advice, and lower your expectations. Things are going to be bumpy.