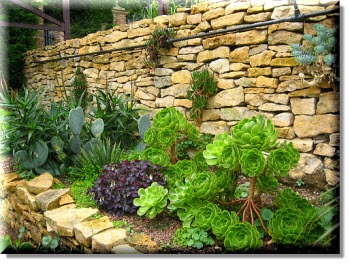 By the end of 2012, there will be three walled gardens shaping your technology world.

Every device you buy will be in one of those gardens.

If all of your devices are part of the same garden, you will have a peaceful time enjoying the rewards of a well-groomed, beautiful landscape.

The gardens are separated by high walls. If you have devices from different gardens, they will not work well with each other and you will be constantly frustrated by technology that does not work smoothly for you, even though you see other people resting and having things work effortlessly.

You must start to think about this now. Today. Before you buy another device.

The gardens are built by Apple, Google and Microsoft. The walls will be complete by the end of the year. It is the consequence of fierce competition for your long-term loyalty, extending way beyond some single device that you might consider. No one knows whether things will become easier for consumers in the long term but no quarter will be given in 2012 and 2013 as the giants fight.

If you accept the consequences and stay within one of the gardens, your life will be easier. Your devices will work together and you will have easier choices because you’ll be ignoring products outside the walls you chose.

But you will be frustrated if you buy an iPad, an Android phone, and a Windows 8 computer and expect them to work together. Some solutions might be able to be stitched together with luck, third party apps, and the help of a 25-year-old, but the big companies have no incentive to help you or to make it easy. 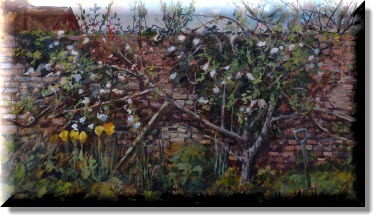 Apple has famously created an ecosystem. Apple designs its devices to work together seamlessly. When you purchase your first Apple device, you are drawn into the Apple garden where you become familiar with the operating system and you purchase apps and music and movies. Almost immediately you have become more likely to buy another Apple device – and if you do, there are rich rewards as the devices work together with each other. When you take a photo with your iPhone, you can view it on your iPad right away with no fuss. When you purchase an album from iTunes, you can listen to it on your iPhone or iPad or computer. When you rent a movie and start watching it on your Apple TV, it will start where you left off when you click on it on your iPad. Your iPad can be a remote control for your Apple TV. Your music, photos, documents, settings and apps flow between your iPhone and your iPad. It works reliably, consistently, and predictably.

Now take a look at the other side of that convenience. When you buy a song from iTunes, you can’t play it on your Android phone. Your subscription to a digital magazine on your Android tablet may not allow you to view it on your iPhone. Buy an app for your iPhone and you might have the right to run it on your iPad but you almost certainly don’t also have the right to run it on your Android phone. Not to mention that moving between Apple and Android devices is wrenching because they are utterly unlike each other. An iPhone user is instantly comfortable with an iPad but might be lost and alienated on an Android tablet.

Apple has a huge headstart in creating its garden. The staggering sales of iPhones and iPads have driven hundreds of millions of people to commit to Apple’s ecosystem before Google and Microsoft are ready. Apple shows every sign of being the leader for the long term but the market is big enough for competitors.

The downside of Apple’s ecosystem is on our Windows computers, which we will be using for years to come. iTunes is an overburdened and unstable program being asked to do more than it was designed to do but Apple has not shown any sign that it will rewrite it or provide a web interface as a substitute. Your photos, for example, will be synced by iCloud to your iPad and iPhone, but they will only arrive on your computer if you run iTunes synced to your account; there is no online web gallery for your iCloud photos.

So far Apple has not attempted to sync files as a competitor to Dropbox. File syncing with iCloud is limited to files created with Apple’s iWork apps, making it irrelevant for almost everyone. I can’t imagine Apple will stop there. My gut tells me that Apple is working the kinks out of iCloud while it builds it out before it announces a full-featured file syncing solution. If Apple has any hope of making headway in the business world, its file syncing solution has to run outside of iTunes.