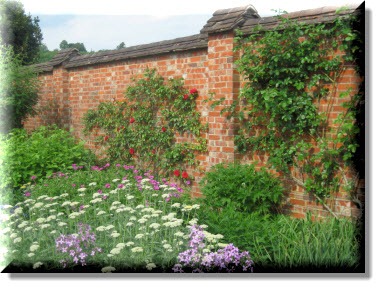 Far more Android phones have been sold than iPhones. In fact, in the fourth quarter of 2011, while Apple was riding that tidal wave of iPhone 4S sales (with all the attendant publicity), consumers were quietly buying more than twice as many Android phones.

Although that’s a remarkable statistic, it hasn’t built much customer loyalty for Android. Very few people have purchased Android tablets; there’s no perception of the kind of synergy that Apple delivers with its devices.

This year Google intends to raise the walls on its garden and try to convince you that all of your devices should be Android devices.

Google’s ecosystem will never be as closed as Apple’s. Google’s revenue comes from advertising, so Google has an interest in making its services work across all the platforms. But that doesn’t mean Google isn’t jealous of the fierce customer loyalty that locks Apple customers to its brand, as well as being envious of the money that Apple makes by selling apps and music and movies to those customers.

Last week Google took a big step toward the goal of locking you into the Google world. The clumsy Android Market has been transformed into Google Play, effective immediately on the web and on all Android devices.

If you buy music, movies, books and apps from Google Play, they will be stored in the cloud and they will be available to you on all your Android devices and your computers. They might also be available to you in some way on your iPhone or iPad or Windows tablet (and they might not). At the least your experience will be smoother and easier if all your devices are Android devices.

At the same time Google is in the midst of launching Android 4.0, an important update that significantly improves the look and feel of Android devices. In the next few months, most new Android phones will be based on the new Android 4.0 UI, and some recent models will be updated. One of the primary goals of Android 4.0 is to unify the Android experience on phones and tablets, and it’s leading to a new generation of Android tablets on the way to store shelves. They won’t be cheaper than iPads but for the first time they will look, perhaps, comparable to them in features and quality.

If you succumb to Google Play and begin to purchase apps and music and movies from Google for your Android phone, it will be tempting to consider an Android tablet which will immediately install those apps and play those songs.

Google will be focusing on delivering services that work best on Android devices and Windows computers. It is pushing hard to develop some momentum for Google+, its social network/Facebook competitor, and you can count on Google to enhance its file syncing services with a Dropbox competitor soon.

Let’s make sure you’re crystal clear on the consequences so far.

If you have an Android phone and an iPad (and a lot of people do):