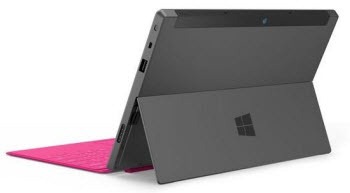 Microsoft’s unexpected announcement that it will release two tablets later this year has the industry buzzing. The Microsoft Surface tablets will run Windows 8; the less expensive one is conceptually similar to an iPad, while the more expensive one combines the power of an Ultrabook with the finger-friendliness of Windows 8 and the tablet screen.

Clever keyboards will be available for both, built into a firmly attached magnetic cover. The extra power and the keyboard give the Surface an instinctive appeal to businesses that the iPad cannot match.

Here are some examples of the mostly positive reactions today.

I spoke to a number of people in small businesses who read my article yesterday or saw the news coverage of the Surface tablets. Every single person that I spoke to was excited about the concept. I heard from people who are ready to pull out their checkbooks, who are warming up their credit cards. The message that I heard was that business people just get it. Instinctively they realize that they have wanted something like this.

I have seen much hesitation about the iPad in businesses because it is so obviously an entertainment device that is ill-suited for business needs. The add-on keyboards for iPads tend to be cheap and it’s all too obvious when you use them that they are afterthoughts, not baked deeply into the system. I carry an iPad to read Kindle books or watch a movie, but I have a laptop in the same briefcase for writing emails or updating work documents. It’s possible, it’s just possible, that the Surface or something like it can fill both roles in a single thin device.

It’s only June. Perhaps Apple will release its own high quality keyboard for the iPad before the Surface makes an impact. Perhaps Google will offer something interesting when it shows off its next generation tablets in a couple of weeks.

At the moment, though, Microsoft has stepped ahead with a tablet that has gut-level appeal for businesses, and that may be enough to give it a big place in the market even if consumers are slow to warm up to it.