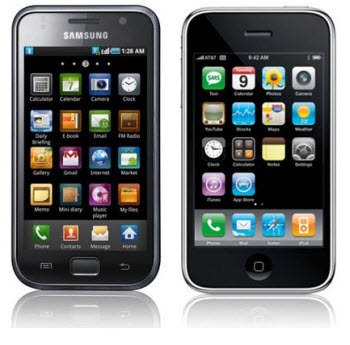 The most successful smartphone manufacturer in the world sold more than twice as many phones as its nearest competitor in the second quarter of 2012. In fact, it increased its lead last quarter, when the second-place manufacturer saw sales start to slip.

Quick! Without looking, who finished first?

It was Samsung, of course – by any measure, the world’s largest maker of smartphones.

Surprised? It’s hard to resist Apple’s reality distortion field. Apple shipped 26 million phones in the second quarter. It’s no slouch. But Samsung’s share of the market is steadily increasing, whether measured by number of units sold (52 million last quarter), by market share (35% vs. Apple’s 17%), or by revenue (which has now overtaken Apple’s smartphone revenue).

Apple’s iPhone shipments actually declined quarter–over–quarter, as they usually do in the months before the announcement of a new model, but that doesn’t make any overall difference. The same thing happened in 2011 and Apple got its expected bounce in sales after the iPhone 4S was launched – and Samsung still sold more smartphones last year. 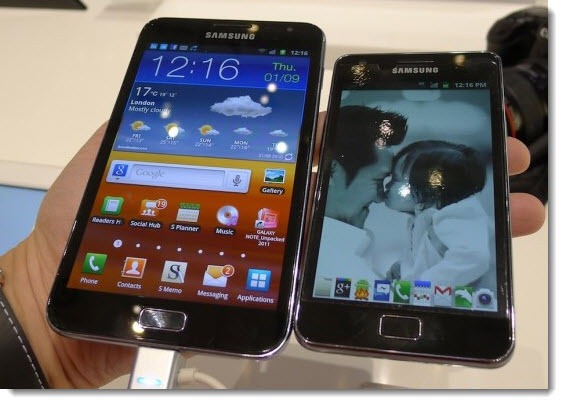 Samsung has found its stride in a series of well-received and really, really large phones, like the new Galaxy Note on the left in the picture above. All four carriers are selling the Galaxy S III, and Samsung has sold (literal) boatloads of the prior model, the Galaxy S II.

Apple and Samsung have been engaged in fierce courtroom battles all over the world. The next round will be fought in a US District Court trial starting Monday in San Jose. The legal fights are framed as patent disputes, but what’s really at stake is nothing less than control of the US smartphone and tablet markets. Watch the coverage of the trial – neither company is likely to get a decisive knockout blow out of it but it’s always entertaining to watch a Clash Of The Titans unfold.