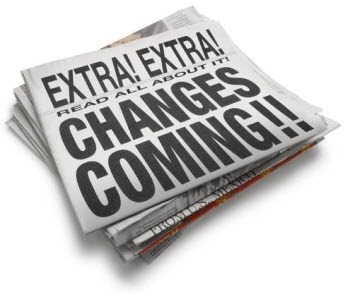 Get some popcorn, keep a grip on your wallet, and settle down. The action is about to begin.

There are big changes coming up in the world of mobile devices, and the thrilling conclusion will affect your computers as well when Microsoft officially releases Windows 8.

Here’s a look at what lies ahead.

On September 5, Microsoft and Nokia will hold a press conference in New York to unveil Windows Phone 8. Other manufacturers are also making Windows 8 phones but Nokia gets the spotlight because it has partnered the most closely with Microsoft on their development (and Nokia needs the boost).

Some possibilities for that event: Nokia will have several phones available through AT&T but it may also announce a deal to sell Windows phones through Verizon; the new phones might be available sooner rather than later; and Nokia might also announce a Windows tablet. (Keep an eye on the shipping date for the new phones. It’s possible that Microsoft and Nokia are doing nothing more than pathetically begging for attention before the iPhone announcement even though Nokia won’t have products to ship until the end of October. That would be sad.)

Oddly enough, Verizon and Motorola have also scheduled a press conference in New York the same day, but the rumors have that as a fairly uninteresting announcement, perhaps a new Android phone.

The next day, September 6, Amazon is holding a press conference on the West Coast where it is expected to announce the next generation of Kindles. No information has leaked out about Amazon’s plans. Possibilities: a revamped Kindle Fire with some new features; perhaps a nine or 10 inch Kindle Fire; backlighting on the black-and-white Kindles; and maybe some price drops.

Apple’s presentation of the next iPhone will be a week later, on September 12, with the phones going on sale on September 21 – at least, according to all the rumors. It will be slightly larger than the current iPhone, and Apple will claim that it has 350 new features. Apple is luxuriating after being crowned by the Samsung jury as the undisputed Kings of Innovation and could sell billions of the new iPhones without changing a single thing, so it doesn’t need to bring huge changes to the table.

in the latest rumors, Apple will hold a separate event in October to announce the iPad Mini,  with a seven or eight inch display. It will sell billions of them. By the end of the year, Apple’s market cap will exceed that of every other company in the world combined.

The final event starts on October 26, when Microsoft and a myriad of hopeful manufacturers and developers launch Windows 8 into the world. The sky will be the limit for advertising and promotion. Expect a barrage. Expect parades, blimps, online ads, print ads, TV ads, skywriting, events in Times Square, and anything else the ad agencies can dream up.

Dell and HP hope that Windows 8 will single-handedly reinvigorate the market for desktop computers and notebooks.

Microsoft will start selling the Surface tablet, while Lenovo, HP, Acer, Asus and others will have their own tablets – some of them WinRT tablets running full-screen apps, others more like full-blown computers, and lots of hybrids with detachable keyboards. The tablets look wonderful, sleek and fresh and arguably more attractive than iPads. Seeing the tablets may help people accept the changes in the PC version of Windows 8; I think people will understand the appeal of consistency as they move from one device to another.

Windows 8 phones will be on the market, and not just from Nokia -  by that time Samsung and Motorola should have their own models to show off.

If enough developers step up, then Microsoft will have a variety of things to show off in the app store for Windows 8 devices. At the moment there are literally only a few hundred Windows 8 apps, compared to a few hundred thousand apps for Android and iOS. Microsoft needs to make a compelling presentation about the ecosystem that Windows 8 buyers will be entering into, and that job will be easier if a lot of developers have created a lot of apps.

That will launch us into the holiday season with the store shelves stocked with completely different inventory than you would find on them today. The good news is that prices are not going up (and in some cases might go down) and the hardware and software all looks really good.