Clash Of The Titans: The War Of The Ecosystems 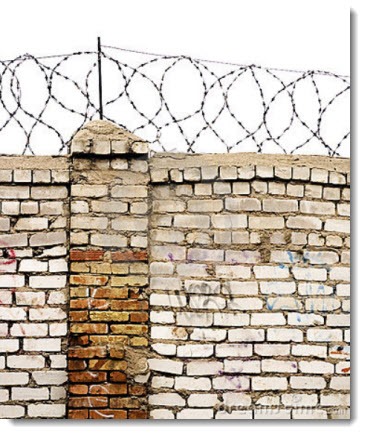 Previously: Clash Of The Titans – The Battle Over Skydrive On iOS

War has broken out.

Apple, Google, Microsoft and Amazon have been building walled gardens, ecosystems of services that work best if you have multiple devices on the same platform. Example: once you buy an iPad, it is far more likely that your next phone will be an iPhone, because you’ve become familiar with how iOS works, and because the Apple ecosystem will make the two devices work together.

The walls around the garden have mostly been used to keep you inside, buying more devices on the platform where you started.

Now the walls are being used to keep the competitors out. There have been some vicious moves lately as the competitors jockey for position. Apple and Google have both aimed shots at Microsoft, which is in a weak position in the phone and tablet markets.

The takeaway is simple: choose carefully when you buy a phone or tablet. You cannot expect that all services from all companies will work on all devices. The office suites are not platform-agnostic, not yet. Think about how you plan to use a tablet and what tools you need before you buy.

Apple, Google, Microsoft, Amazon – all of them are conflicted. Don’t expect consistency.

To the extent that the companies sell devices, they want you to feel compelled to buy their devices and spurn the others.

It makes for some interesting tensions. Here are a few examples of how it’s been playing out recently.

Apple’s insistence on getting an unfair cut of revenue from Skydrive subscriptions is merely a preview of the real battle over Microsoft Office.

In late January, Microsoft will release Office 2013 with a brand new subscription-based licensing structure aimed at everyone from individuals to small businesses to enterprises. A monthly subscription fee will give you the right to install Office 2013 on up to five devices – PCs, Macs, and tablets. Although Microsoft hasn’t officially announced it, it’s widely expected that Office 2013 will be made available for Android tablets and iPads as well as Windows tablets.

This is not an easy decision for Microsoft. The license fees from Office make it one of the most profitable and important divisions in Microsoft. It has reached that position by its ubiquity – Office is so widely used that businesses seldom consider any alternative. Microsoft desperately wants to keep it in that position and squelch any competitors by having Office continue to be the gold standard for business data. Accomplishing that in a mobile world means getting Office onto all the mobile platforms.

At the same time, though, Microsoft is hoping to take a place in the mobile world with its own devices and its own mobile platforms. One of the competitive advantages for Windows Phone 8 and Windows 8/RT tablets is the presence of Office, deeply integrated into the devices.

If Office is available for iPads, it undercuts the reason for purchasing a Windows tablet – but it preserves the dominance of Office.

Meanwhile, look at it from Apple’s side. Good for Apple: if it allows Office onto iPads, it makes iPads far more plausible as business devices and it helps keep Google Docs from getting any serious momentum. Bad for Apple: it makes it more likely that Office will continue to be the business standard for the foreseeable future and it gives Microsoft devices some legitimacy, because they’ll probably have a better version of Office.

All of that leads to the skirmish over Skydrive and the negotiating positions taken by Microsoft and Apple over Office subscriptions. Apple has almost certainly demanded 30% of the subscription revenue in perpetuity from anyone installing Office on an iOS device. Microsoft is objecting for the same reasons that it has objected to the Skydrive demand: Apple is obviously overreaching in a situation that is much different than other apps sold through the iOS store. In the case of Office, Microsoft has more leverage because Apple needs Office on iPads pretty desperately to help their viability in the business world.

It’s likely – but not certain – that Apple and Microsoft will work this out. If you depend on Microsoft Office, you might not want to buy an iPad or Android tablet until the result is clear.

Google Maps is tremendously popular – so much so that it singlehandedly drives people to other Google services and exposes people to Google advertising. Apple thought it was going to be able to get Google Maps off of iOS but it sabotaged its own plans when its replacement Maps app turned out be deeply flawed. Google weighed the option of leaving Apple without a reliable mapping service, which is so fundamental that it might have attracted customers to Android phones. It opted instead to make an upgraded version of Google Maps for iOS and Apple was forced to approve it, presumably reluctantly.

One of the targets of Google’s move is Nokia, which had been hoping to get its own momentum from an iOS map app named Here. If Nokia’s app had become popular on iOS as a replacement for Apple’s Maps app, that would have improved Nokia’s map database and eventually perhaps even drawn people back to Nokia devices to get added features not available on iOS.

When the Google Maps app was released, Nokia’s map app immediately dropped out of sight in Apple’s App Store. It’s yet another setback in Nokia’s struggle to survive.

That was followed by a much more direct shot when Google announced that it will be dropping support for accessing Gmail and Google contacts and calendars with Exchange ActiveSync.

EAS has been the closest thing to a universal sync mechanism on all devices. It’s the reason that Gmail, Office 365, and Exchange all work to sync mail, contacts and calendars across Windows computers and all iOS and Android devices.

Google will make its services work with a different protocol on Android devices, of course, and it’s likely to develop apps for iOS so that iPhone and iPad users will not be affected. This is really aimed squarely at Microsoft.

Google’s announcement means that Gmail users will not be able to display their mail, contacts or calendars in apps on Windows RT tablets or Windows Phone 8 devices. If you are plugged into Google’s ecosystem, you cannot buy a Windows 8 tablet or phone.

That’s bound to hurt. Microsoft’s market position is so weak in tablets and phones that something like this lands quite a blow.

If you’re not invested in Google’s services, this makes no difference, of course. I love my Surface tablet and Windows phone. You have to judge for yourself – but you can see how important it is to judge carefully.