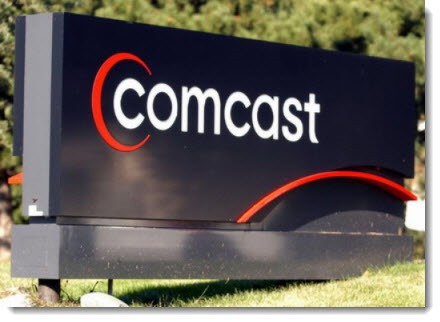 Without much fanfare, Comcast has doubled the speed of its Internet service for most California subscribers, at no extra charge.

Comcast has several service tiers. Most subscribers are in one of the plans that have been upgraded – Performance, Blast, and Extreme. The increases range from 25% faster downloads in the Performance tier to a full 100% increase in the Blast and Extreme tiers. Upload speeds are significantly increased as well. You can find details about the speed increases in this article.

Prices are unchanged. Actually prices are decreasing for the people with the previous highest level of service, “Extreme 105,” which is being merged with the other “Extreme” tier at the lower price. That’s 105Mbps downloads and 20Mbps uploads, which is pretty darned speedy.

Speeds are not changing in the lower-end Performance Starter and Economy Plus tiers.

Comcast Business Internet is run through a separate division and I don’t see any official confirmation that its speeds have also increased. But I’m a Comcast Business Internet subscriber and my office Internet speeds doubled yesterday or today – so noticeably that I did a speed test to figure out why everything was so snappy before I Googled around and found out about the Comcast upgrade.

A DOCSIS 3.0 compatible modem is required to take advantage of the higher speeds. Since that’s obviously techno-gibberish, your only recourse if you have an older modem is to call Comcast and ask them if your modem is capable of handling your connection speed. They’ll swap out an older modem for free. Business customers and anyone with a Comcast modem from the last couple of years are fine.

Comcast is not always perceived as a benevolent company handing out improved service without demanding more money in return. For Internet speed, though, it deserves some credit – this might be its most dramatic increase but it has regularly turned up the speed of its connections over the years. Enjoy the boost!