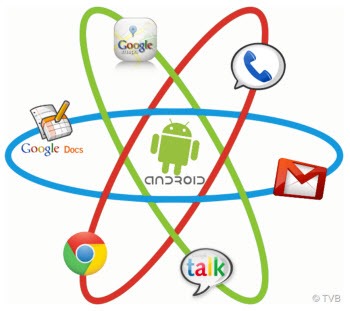 Oh, not completely. I’ll still use Google for searches and maps. I’m not crazy.

But I’m extricating myself from the Google walled garden as much as possible.

Some people have privacy concerns about Google, which collects more information about us than any other single data collector on the planet. Google has smart people working very hard to mine that data and use the conclusions to present ever more targeted advertising. That doesn’t worry me very much. My life is simple and open. Targeted ads aren’t creepy. In my view, since we’re going to be shown targeted ads anyway, it would only be a good thing if they were better – targeted more precisely based on better data.

I’m leaving Google for the same reason that you might want to make more of a commitment to it: it feels like the walls around the walled gardens are getting higher. More and more, our technology lives will only run smoothly if we focus on one of the ecosystems and steadfastly ignore the others.

Let me tell you some anecdotes about my Google life. Your experiences will be different and might lead you to a completely different conclusion. I’m going to stay in Microsoft’s ecosystem for now. You might commit wholeheartedly to Apple’s or Google’s ecosystems. The only wrong choice is to try to live in all of them, hoping that everything will work with everything else.

Gmail  When Google announced public signups for its new Gmail service, I grabbed the address bruceb@gmail.com. I’ve never used it for anything that wasn’t required by some other Google service.

Tonight there are 11,001 unread messages in my Gmail inbox. For all intents and purposes, every single one of them is unsolicited spam. Dozens more spam messages arrive every day. I’ve heard people say that Google’s spam filter is effective but I have 11,001 reasons not to believe it.

Oh, and call me shallow, but it bothers me that I have to deal with an invitation to chat from gurliebellababe822@archipel.zh or the like every time I open Gmail. Not to mention that I’ve hated Gmail’s interface since the first day – it’s ugly and unintuitive and makes me irritable. Obviously that’s just me – 38 trillion people use it every day and think it’s great – but I can’t get past it.

Google Reader  Google Reader is a service that makes it convenient to keep up with blogs from around the web. At a glance I can see all the new articles from my carefully groomed list of almost a hundred blogs and web sites, sorted into categories. It wasn’t widely used but it has a devoted audience of people who rely on it to stay up to date. I spend an hour or two every day with Google Reader. It’s a particular favorite of tech journalists.

Google decided it was kind of a pain to maintain it for a small audience, no matter how devoted or influential, so Google Reader is going to be killed off in a few months. Poof! It’s gone. There has been an explosion of anger but no sign from Google that it cares.

It’s not the first time I’ve been abandoned by Google, and Google is hardly the only company to discontinue products, but it does make me reluctant to commit. At one time I used Blogger to host Bruceb News, until Google bought Blogger and broke the search index and didn’t fix it for a year. At one time I used Google Groups to handle the Bruceb News mailing list until Google decided that feature wasn’t holding its interest and turned off its ability to handle external mailing lists.

I’ll find another RSS reader to replace Google Reader, but I feel burned.

Google Voice  My primary phone number has been powered by Google Voice for years. When you call, it rings my office phone, my cell phone, and my Skype In number. I get poorly transcribed voicemail messages delivered by email.

Google does not have any serious commitment to Google Voice. It does not write blog posts about it. There have been no updates to the service for years. Google has deprecated it on all of its other pages – at one time it was listed under “More” on a search page, but now it’s in the graveyard under “Even more.” 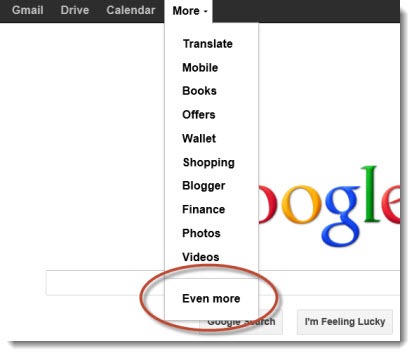 (Google’s lack of commitment was foreshadowed five years ago when Google forgot to renew the registration of the domain name www.grandcentral.com, the predecessor to Google Voice, and the service went dead for a day.)

There are rumors that Google is going to bring together all of its communication services (Google Chat, Google Talk, etc.) into a single new unified service named “Google Babel” but Google Voice may not be included in that – it may wind up even more isolated and ready to be killed. Even if Google Voice’s features are rolled into something new, though, the new service won’t meet my needs for simple voice call-handling; it will be for younger people with more friends and different social networking lives.

It has been convenient to use Google Voice to place calls from my computer, using its simple contact list to click on a phone number and direct the call to my office or cell phone. A few weeks ago, Google revamped the contacts list without warning, pushing it into its full-blown Google Contacts experience – which is horrible. When I want to look up a contact I’m forced onto a new web page which is big and clunky and poorly designed in general and specifically poorly designed for making a phone call. A fair number of people are upset about that but Google just soldiers on over the complaints.

My Google Voice phone number is being ported to RingCentral. I’m not positive that will be a good move but I’m optimistic.

Android  When you choose a phone or tablet, you are making the fundamental decision that drives most people into one ecosystem or another. Google is doing exceptionally interesting work to create apps for Android that will shape our future. Best example: Google Now is an app that brings useful information to your attention before you ask for it. It’s a magical concept and it’s only going to get better. It only works well, though, for people committed to Google’s ecosystem, who use Gmail and Google Calendar and Chrome and Google Maps and Android phones.

When I got a Windows phone and Surface tablet, I cut myself off from most Android and iOS apps. I have to live with the consequences of that. It works for me, for now. The Windows Phone 8 interface is far superior to iPhone and Android, with better integration between apps and better navigation among features. The Surface RT tablet is a true productivity device compared to Android tablets, with access to my files and full versions of Word, Excel, Powerpoint and OneNote. I’m missing a lot of things that exist only in the Android and iOS worlds but for now I’m going to live with being cut off.

Google Keep  It’s worth noting that Google recently launched a simple note-taking app for Android named Google Keep. I’m accustomed to the rich world of Microsoft OneNote, so I don’t need something on my phone that lets me jot down “Loaf of bread,” but perhaps you do.

The interesting thing is the loss of faith in Google as it sheds services that people have relied on. There were many tech journalists who wrote articles like this one saying that Google Keep might be fine but they’re not going there because they don’t trust Google’s commitment to it. This article in The Guardian even charted the lifespan of Google’s killed projects to estimate that Google Keep might have a lifespan of about four years.

Google Alerts  Google has had a system for years that allows you to set up email alerts when terms are mentioned on web sites or blogs. Set up a Google Alert for your company name and you’ll get a message whenever it appears in a news article. For a while that worked well.

Google has lost interest in it and the system has broken down. This article and this article appeared recently noting that virtually nothing is being reported by Google Alerts any more. I can confirm that I get almost no results from my alerts now, even when I know with certainty that Bruceb News is being linked or mentioned.

There is no conclusion to this story. I’ve lost faith in Google for my business needs. For better or worse, I’m going to depend on Office 365, Skydrive and Office for productivity; I’m going to carry a Windows laptop, a Surface tablet, and a Windows phone; I’ll use Internet Explorer as my browser; I’ll buy apps from the Microsoft store.

You might have a Mac, an iPhone and an iPad, and stay in the rich Apple world. Or maybe you’ll want to commit to Google, in which case you might use Chrome as your browser, Gmail for messages, Google Docs for work, and an Android phone as your mobile device.

The good news is that we’ll all get our work done and have interesting social and entertainment experiences. Each of us will miss things that the other is doing. In some ways I’ll miss more than you will, since all the good stuff for mobile devices now is being done for iOS and Android while Microsoft plays catch-up and scrambles to attract interest from developers.

Your job is to be conscious of the choices you make when you decide on a phone, a tablet, a browser – an ecosystem. Our world is increasingly fragmented and there are consequences to choosing your walled garden. Consistency matters!