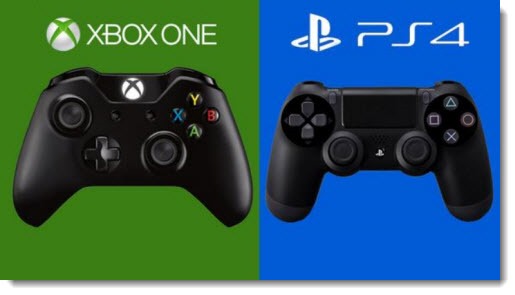 Sony and Microsoft have now both shown off their next-generation living room consoles. The PlayStation 4 and Xbox One will be available this fall. Each will be solid gaming machines, as well as offering features for non-gamers – integrated access to the web, streaming video services (Netflix, Hulu, et al.), some TV integration, and more.

Each platform has its fans and detractors. Each box will have strong points and quirks.

If you’re interested, look up the coverage of the PlayStation 4 and Xbox One on Engadget or somewhere – there’s endless coverage of both. I just want to mention one thing that comes to my mind.

Here’s a lesson that has to be learned over and over.

Never, never bet on Sony to do something right in consumer electronics.

Take a walk down memory lane. Remember these?

Yeah, I didn’t think so. Each one is a miserably failed format that Sony championed as the Next Big Thing for movies, music, cameras, handheld devices. All gone without a trace.

Here’s something you didn’t know.

There’s a Sony division that has been consistently successful for the last decade, accounting for two-thirds of Sony’s operating profit last year. Know what it is?

Sony’s film and music divisions have made money, too, although insurance is the clear leader.

Electronics? Not so much. The electronics division has lost $8.5 billion dollars in the last decade.

It’s so bad that an investment banking firm issued a report recently flatly suggesting that Sony should exit electronics completely. “Electronics is its Achilles’ heel and, in our view, it is worth zero.” Here’s the New York Times article about the report.

Sony’s problems extend beyond consumer electronics. Here’s an analysis of the larger picture. “For some people in Japan, Sony is already dead. The only question they have is how did Sony die, or who killed it, and how long will the spectre of Sony remain haunting Japan.”

There’s not going to be anything wrong with the PlayStation 4. It looks like a good gaming device. Sony will do well with it.

But don’t make the mistake of betting that Sony will dominate the market. Personally, I’ll be surprised if the PlayStation 4 reaches anywhere beyond the hard-core gaming market, which is loyal but not very large. Microsoft has a shot with the Xbox One to expand to a bigger audience as a general entertainment console, but Sony will have to go a long way to convince me that it has a clue.