Sorting Out The Tablets 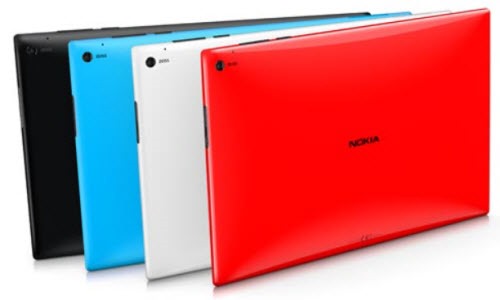 Previously: It’s Not The Device, It’s The Ecosystem

Let’s break down the new tablets by ecosystem. I’ll give you some shopping tips along the way.

Everyone can find something to like in an iPad.

The iPad Air (9.7” screen) brings the weight of the full-size iPad down to one pound, another triumph of engineering and design for Apple.

The iPad Mini (7.9” screen) gets a high-resolution retina display and has identical specs to the larger iPad. Look carefully at the iPad Mini! The smaller size strikes many people as just right, the tablet that Goldilocks would choose.

There is an incredible array of apps that do useful or creative or entertaining things on iPads. The advantage in apps is overwhelming, almost overshadowing everything else. Developers write apps for iPads before the other platforms, and frequently iOS apps are more polished than the same app for other platforms.

But there are two things to consider before buying an iPad.

One: Apple tries harder than the others to lock you into their world. Once you’re an Apple person, it’s very difficult to break free. Apple does not make its own services and programs available on other platforms. You can’t play music or videos purchased from Apple on other devices. You can’t read books from Apple on other devices. Its productivity software is proprietary and limited to Apple devices. Buy Apple once and you’re going to be buying Apple forever.

Two: iPads are expensive. Apple is firmly committed to being a luxury brand. It made no concessions to the low end of the market in pricing this year’s iPads and iPhones. Want an iPad? Be prepared to pay the Apple tax.

I’ll give you pros and cons for each device. Pick the ones that apply to you.

PRO  Here are the reasons that you should get an iPad:

—  iPads are great. Buy one because you can afford an iPad, you would appreciate the variety of apps, and you’re not already committed to another platform.

CON  Here are the reasons that might cause you not to get an iPad:

—  They’re too expensive for your budget.

—  You don’t care about apps. You’re going to use a few things that are available on any tablet and could care less that there are 700,000 other choices. (That’s me too.)

—  You’re a Microsoft person – especially if you use Windows 8 and you want to take advantage of the way it integrates multiple devices.

—  You want to use the tablet to do work and your primary work environment is Microsoft Office. You’d rather have something more like a laptop.

One final note: No one should buy the overpriced iPad 2, which Apple inexplicably is leaving on the market at the same price as the far superior iPad Mini.

Google’s Nexus 7 (7” screen) tablet is very inexpensive, starting at $229. Like the other tablets, it’s thin, light, fast, and elegant. There are many other Android tablets, of course, with 7” and 10” screens, but the Nexus 7 is the current benchmark.

The selection of apps for Android tablets is almost as deep as for iOS. Since Android devices have a huge market share, almost everything is now developed for Android and iOS simultaneously.

The Android world is less polished than iOS or Windows. It still has a bit of a Wild West edge to it. I don’t have any specific examples, just a general feeling that your experience with an Android tablet will involve a little more tweaking and twiddling, a few more crashes, more things that seem odd or unfinished.

The integration between Android phones and Android tablets is not as extensive as iOS or Windows. They’re flexible and you can make everything work to sync photos, files, bookmarks, and the rest, but it may take a bit of effort, especially if you’re not devoted to the Google ecosystem on your computer.

PRO  Here are the reasons that you should get an Android tablet:

— They’re dirt cheap compared to everything else and they’re good enough. Not a bad reason, all things considered.

— You’re a Google person. You use an Android phone and Gmail and Google Maps. You use Chrome as your browser. Your calendar and contacts are stored with Google. You’ve bought apps from Google Play that might transfer over to the tablet. Maybe you even check into Google+ instead of Facebook. (Really? People do that?) An Android tablet is a natural complement.

CON  Here are the reasons that might cause you not to get an Android tablet:

—  Maybe it’s a personal thing, but I’m completely uninterested in the Android world. The Android interface is bland and uninvolving. I had a Nexus 7 for a while and kept forgetting about it because I preferred picking up other devices to watch Netflix or read Kindle books or browse the Internet. The reason not to get an Android tablet is: meh.

One final note: there are several very inexpensive Chromebooks on the market, styled like laptops with 11” screens and running Google’s Chrome OS. They represent the splintering of the world into ecosystems in its purest form. If you are deeply invested in Google’s ecosystem, a Chromebook will plug you into your world cheaply and effectively. If you are not a Google person, a Chromebook is almost completely useless.

Microsoft is the new kid on the tablet block. Last year’s Surface tablets caused embarrassment when Microsoft overestimated the number it would sell and had to do a big accounting write-off, but the tablets were actually quite nice and this year’s models have solid improvements in battery life and performance (especially important for the original anemic Surface RT).

Impressions are good of Microsoft’s new Surface 2 (10.6” screen), but I like the looks of the Nokia Lumia 2520 (10.1” screen), just announced and on sale in a few weeks. It has Nokia’s unibody construction and maybe a faster processor, and comes in interesting colors (shown in the picture at the top). I’ll write about it if I get one.

Both the Surface and Lumia 2520 are expensive, especially when paired with the keyboard covers that turn them into true productivity tools. There will be less expensive Windows tablets on the market – take a look at Dell’s Venue 8 Pro (8” screen), starting at $299, which will be the only 8” Windows tablet on the market until Microsoft releases a mini-Surface next year.

PRO  Here are the reasons that you should get a Windows tablet:

—  Your files are in Skydrive and you want to work on them with Microsoft Office programs. At the moment Office is only available on Windows tablets, and Skydrive is baked deeply in the operating system.

—  You want to get work done with your tablet, using it as a lightweight laptop. Windows tablets work best in landscape mode and can be very comfortable with the right keyboard. Remember that traditional Windows programs cannot be installed on a Surface or Lumia 2520 – they come with Office but you can’t install Quicken or Quickbooks or Adobe Photoshop on them. If you really want to work on a tiny screen with traditional Windows programs, look for a tablet running the full version of Windows 8.1 (the Surface Pro 2 or the Lenovo Miix, for example), or get a laptop.

—  You would appreciate sharing your tablet with someone else. Windows tablets can have multiple user accounts, just like computers, each with its own desktop, apps, and files. It’s an under-appreciated advantage.

—  You have a Windows phone or you’re using Windows 8 and you want to stay in a familiar environment. (If you get a Windows tablet, think about getting a Windows phone. You’ll like it. Watch for the Nokia Lumia 929, arriving on Verizon in late November with an amazing camera. For other carriers, the Lumia 520 is an amazing bargain, a solid full-featured phone typically sold unlocked for only $99.)

CON  Here are the reasons that might cause you not to get a Windows tablet:

—  They’re fairly expensive. The cheap ones tend to be cheap for a reason – poor display, plastic materials, or the like. (Really curious about that cheap Dell 8” tablet.)

—  If you see an article about a new app, it’s probably not for Windows tablets or phones. It’s going to take at least another year, and a lot of luck, before we know if developers are going to start treating Windows as an equal partner with iOS and Android. Right now it’s not even close.

There, now – doesn’t that make it seem easy? Happy shopping!