It’s An Android World! Is There Any Hope For Windows Phone? 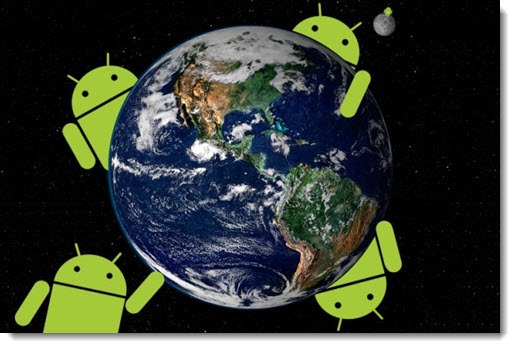 Eighty-five percent of smartphones shipped in the second quarter of 2014 were running Android.

Apple’s share of the global phone market slipped below 12%. The market is growing so fast that Apple’s shipments were up from the previous year while their share of the total market declined.

Windows Phones are technically still on the chart, with 2.5% of the market in the second quarter, but both sales volume and market share declined from the previous year. (Sales figures are from industry analyst IDC.)

It’s tempting to conclude that the race is over – and in some respects that might be true. But let’s look at history and parse the numbers and try to pull out some nuance. No conclusions or buying advice here, just some attempt to figure out what in the world is going on.

In the 80s and 90s, Microsoft came to dominate personal computing with overwhelming market share for Windows. Apple held onto 5-10% of the market and attracted loyal followers for its computers but the dominance of Windows attracted developers and all of the interesting developments in the world of personal computing – hardware and software – happened on the Windows platform.

Developers are now attracted to Android for the same reason. Mobile apps are likely to appear for both Android and iOS more or less equally based on Apple’s outsized reputation and the likelihood that iPhone buyers have money, but new hardware is likely to start tilting toward Android. (More about that later.) Unless something changes, there is little reason for developers to support Windows Phone.

Apple will announce new iPhones with larger screens on September 9. The announcement will send shockwaves through the industry and galvanize sales of iPhones. Apple always gets a one quarter bump in sales from new iPhone models but this one might be longer lasting and could permanently move Apple up a few percentage points in global market share, and perhaps more than that in the US.

Apple, though, will never be more than a fringe player in terms of market share. It doesn’t want to be. Apple sells premium products for a high price and high profits. It has shown no inclination to change that business model – and why should it? It’s become the best capitalized business in the world by selling high-priced devices to a relatively small audience.

The skyrocketing growth for Android is being driven by sales in China and developing countries. The relative market shares are different in the US and Europe; Apple has a larger share in those markets, and Windows Phones are selling well in some European countries. But the next few years will be defined by sales to the enormous audience in China and the parts of the world where smartphones are just now becoming ubiquitous.

Overwhelming market share for Android, a permanent place for iOS as the top premium choice: is there any hope that Windows Phone will be able to get any respect?

There are five things that will decide the future for Windows Phone. There’s no way to know how they will play out.

•  In April Microsoft decided that licenses for Windows Phone would be free for phone manufacturers, and it relaxed hardware requirements to make it easier for manufacturers to refit Android phones for Windows Phone. Since then 14 new phone makers have signed on to produce Windows Phone models, many of them expected to be low-end devices sold in China and developing countries. Those sales are just starting and won’t show up in the charts for a quarter or two.

•  There are signs that Microsoft is polishing the enterprise features in Windows Phone for its natural constituency, large businesses, by adding VPN support and better manageability tools to the most recent Windows Phone updates. If Windows Phone can gain a reputation as the best business phone and start to be adopted by enterprises, its numbers could become very satisfying.

•  On the other hand, Microsoft has demonstrated over and over that it does crappy marketing. The millennials don’t think of Microsoft as a joke, they just don’t think of it, and Microsoft has no idea how to change that. Meanwhile, the phone carriers barely display Windows Phones and salespeople actively try to talk people out of them, according to innumerable online anecdotes.

•  Microsoft’s new CEO Satya Nadella was initially opposed to the purchase of Nokia, the company that was supporting Windows Phones almost singlehandedly. In the face of declining Windows Phone sales and lack of interest in Surface tablets, he might decide that Microsoft should be focused on software and services and get out of the hardware business.

•  But there’s one more Microsoft characteristic that can’t be overlooked: when it has something it believes in, it keeps plugging away, changing and improving its products until they find their place in the market. It got a late start when it finally released Internet Explorer but outlasted Netscape and the others (with, perhaps, a teensy bit of unfair competition). It survived the debacles of Windows Me and Windows Vista and came back with Windows versions that maintained its domination of desktop computing. Amazon got a headstart in providing online servers to developers but Microsoft is doggedly improving its Azure services and is gaining ground fast. Microsoft may well just keep doing what it’s been doing: stay the course, push developers to bring their apps to Windows Phone, push manufacturers to adopt the platform, and slowly see its numbers rise.