What The Deal Between Dropbox And Microsoft Really Means 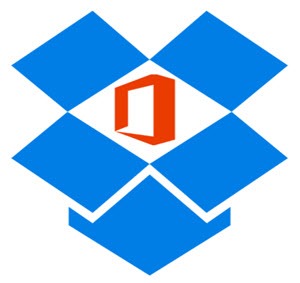 Dropbox and Microsoft unexpectedly announced a partnership to allow Office users to access and edit files stored in Dropbox directly from Office apps on phones, tablets and the web. The announcement comes just a week after Microsoft eviscerated Dropbox’s business model with unlimited OneDrive file storage. We can learn a lot from the deal about Microsoft’s business strategy and what to expect in the future.

The Dropbox deal means there are two changes that will appear on iOS and Android in the next few weeks.

Dropbox will update its mobile app with a new button that will open Word, Excel and Powerpoint files directly into the iOS and Android versions of those programs. 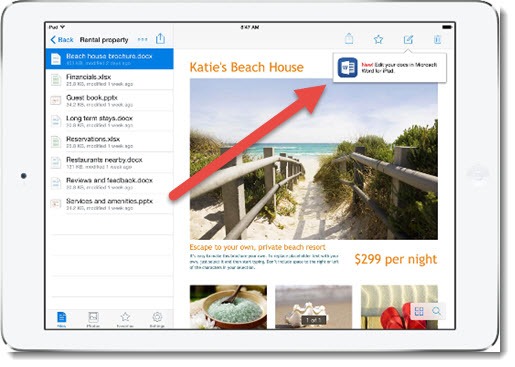 Meanwhile, Microsoft will update its Office apps on iOS and Android so they can open files directly from Dropbox. 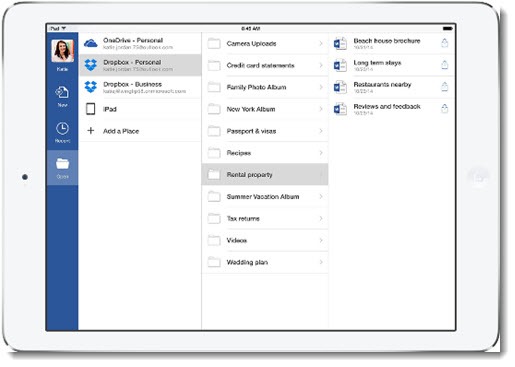 In addition to the apps, eventually (“the first half of 2015”) it will be possible to move seamlessly between the Dropbox website and the online Office web apps.

It’s long overdue. Dropbox has suffered from its lack of integration with Office for a long time. But it raises the question of why Microsoft has stepped up to make Dropbox more attractive just when it delivered a killing blow.

When you look at Microsoft’s moves under new CEO Satya Nadella for the last six months, you see a laser-like focus on preserving Office’s exalted place as the universal formats for business documents. Microsoft has bombarded us with cross-platform releases of the Office programs, and has been steadily reducing the price of both consumer and business subscriptions to Office 365. The excellent touch versions of the Office programs on iPads arrived long before similar touch versions of those programs will be released for Windows tablets. Word, Excel & Powerpoint are becoming ubiquitous on iPhones and iPads, and Microsoft Office Mobile on Android is quite good. Microsoft is lagging on a new version of the Office programs on Macs but it finally delivered a new Outlook client this week and promised the rest of the Mac suite will be updated next year.

The reason for the focus on Office is obvious: you have to subscribe to Office 365 to get the programs. The price has dropped since the glory days of $300 DVDs but it’s a new world and Microsoft can still profit nicely from hundreds of millions of Office 365 subscribers.

Office 365 subscriptions to the Office programs are sufficiently profitable that Microsoft can give away unlimited OneDrive space as a feature. You’re not paying directly for OneDrive any more.

See why the Dropbox deal makes sense? If you prefer to use Dropbox for whatever reason, Microsoft still gets your money for the Office 365 license. The only effect on Microsoft if you use Dropbox instead of OneDrive is that Microsoft doesn’t have to store your files.

Now step back. You’re looking at the tip of an iceberg. There are going to be many more third parties integrating with the Office programs.

One of the controversial changes to Office 2010/2013 is the “Backstage” view when you click on File. Instead of a menu with Open/New/Save, a full screen view opens up. We’re starting to see the reason for that new view: it allows other places to be integrated into Office that would not fit naturally in the old File menu and file browser.

Look at the second screenshot above and you’ll see Dropbox listed below OneDrive – Personal.

Here’s a screenshot of the Backstage view of my copy of Word, showing Box as an additional place to open and save files. 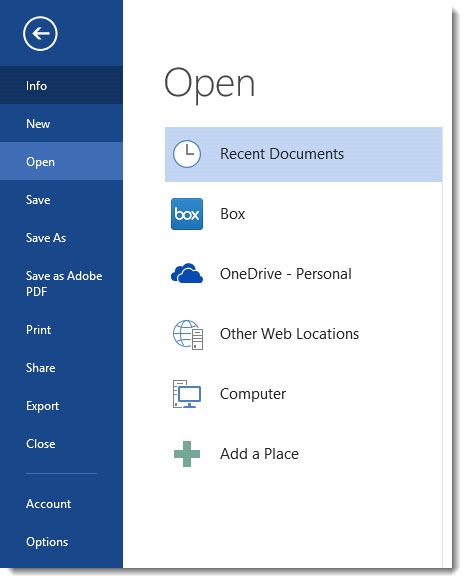 Box.com updated its Box For Office app last week to fully integrate Box into the Office programs. You can open and save files directly to Box from the Backstage view, just like OneDrive, and just like Dropbox on the mobile apps.

Expect more online services to be integrated in Office wherever it appears. Last week Microsoft announced APIs that will permit developers to create iOS and Android apps that exchange mail, file, contact and calendar data with Office 365, and add apps to the Office 365 app launcher. The Dropbox announcement rather pointedly did not mention Dropbox integration into the Office programs on desktop and laptop computers but it’s a natural addition to the Backstage view and will likely appear sooner rather than later.

Expect an explosion of apps and services that interact with Office 365. A subscription to Office 365 is going to be more important than the version of Windows that you use.

It’s a smart change of direction for Microsoft. It creates an interesting dilemma for Google, which has been counting on a slow erosion of the Office mindshare in businesses. Instead of connecting Google Drive to the Office programs, Google came up with a clumsy workaround for Office files – converting the files to proprietary Google formats and scattering duplicates and poorly formatted copies around.

Today Google announced an extension to Chrome that will make it possible to open files from Google Drive directly into programs installed locally on your computer – right-click on a PDF and open it with Adobe Reader, for example, without having to download it first. Google is completely silent about whether to expect it to work with Office files, and early, mostly unkind reviews do not clear it up. Google has to be conflicted. If it makes it easy to connect Google Drive and Office, its own word processor and spreadsheet apps will likely decline, since the Office programs are far superior. On the other hand, Office is getting stronger every day and Google’s failure to support it may cause businesses to switch to OneDrive or Dropbox or Box.

(It’s worth noting that the same functionality is delivered by Box.com with its Box Edit app right now, without any fuss – it just works.)

The overall trends are clear, then. Microsoft is pushing Office 365 subscriptions by making the Office programs work on every platform and increasingly by letting them interact with other services and apps. The deal with Dropbox is emblematic of new attitudes at Microsoft that will lead to similar deals with other services and constant improvements in the Office programs for all platforms. Expect a lot of Office news in the next few years.