Do Not Upgrade To Windows 10!

Please tell your employees not to upgrade right away. Tell your friends and relatives. I’m dead serious. Spread the word far and wide.

Your computer will not be updated automatically, even if you “reserved” a copy of Windows 10. You’ll get a notice that the upgrade is ready. When that notice appears, ignore it for a while.

You see, there are actually two interesting questions about Windows 10.

Question 2: Will your upgrade go smoothly?

That is a much more difficult question.

I’ve been testing pre-release versions of Windows 10 for several months. It is now nearly final as Microsoft races to the finish line. I used the most recent version of Windows 10 as of last weekend (build 10130) to upgrade one of my laptops, a perfectly nice Thinkpad X1 Carbon running Windows 8.1.

Windows 10 killed my laptop. Stone dead. Had to reformat the hard drive and reinstall everything from scratch.

I worked on it for a couple of days to confirm that the upgrade had gone so far wrong that the laptop could not be salvaged. I’ll describe a couple of details below. The effect was that I saw a desktop only once, many hours and many crashes after I had begun. For that single appearance, the desktop had this message on it: “Critical error. Oops, something is wrong with Windows installation. We’ll try to fix it the next time you sign in. If signing out and back in doesn’t help, you may need to reinstall Windows.” That was the last time I got even that close; the rest was swirling circles and black screens and endless reboots and freezes.

Upgrading from one version of Windows to another has always been problematic. I’ve long insisted that a clean install is strongly preferred over an upgrade. (Here are the warnings about Windows 8 and Windows 7 upgrades.)

But: the Windows 10 upgrade killed my laptop. I didn’t have the option to roll back. I couldn’t get to a desktop to back up my data. Dead. Shot through the heart, no warning.

I’m a nerd who knew perfectly well that something might happen and lost nothing except time when I had to reformat my laptop hard drive. No anger, no regrets. Is that the way you’ll react if your computer never works again after you push the Upgrade button?

On July 29, we won’t know what the odds are. My experience was probably a fluke. It was a one in a million chance. Or maybe it was one in a thousand. Or one in a hundred. Or one in ten.

Starting July 29, hundreds of millions of people will be offered Windows 10. Millions of them will click the Upgrade button. Within a week or two, we will have feedback about how smoothly things are going. Microsoft will feverishly be upgrading the install files to fix the problems that people are running into.

By September or October, I expect to have a much clearer idea of what to expect. I’ll have specific instructions about how to do the upgrade, and who should avoid it.

For all the people who are skimming the article and only reading the parts in boldface:

Some background about Windows 10 development 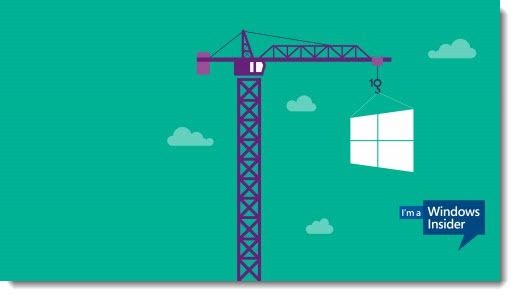 In case you’re interested, here’s why I think the upgrade process may not be as well tested as the actual Windows 10 OS.

Millions of people have been testing Windows 10 during its development. Microsoft developed an elaborate Windows Insider program and has been regularly releasing builds of Windows 10 for tech-savvy users to pound on and discover bugs. The tagline on the website is nicely done: “With the Windows Insider Program, you can help build Windows 10 alongside PC experts, IT pros, and developers around the world. If, however, you think BIOS is a plant-based fuel, this program may not be right for you.”

In the past a new version of Windows was declared “finished” and delivered to manufacturers and Microsoft partners, followed by a period of several months before it was available on new computers and in stores. During those few months, Microsoft would continue to work, resulting in the familiar experience of having updates to install on a brand new computer.

The development cycle for Windows 10 took three years but it’s being rushed at the end. New builds are appearing quickly as Microsoft fixes bugs and works on fit and finish. At some point it will be declared to be done and Microsoft will start to trickle out the upgrade bits to the computers that have “reserved” it. After it’s finalized, there may be literally no more than a week or two before the Upgrade button is displayed to hundreds of millions of people.

The hundreds of millions of PCs in the world are a complex mess of hardware and software that is seldom the same twice. If my worst fears are realized, then Microsoft will be focused during August on finding ways to solve upgrade problems and keep them from becoming a PR nightmare. I don’t think anyone knows whether upgrade problems will be one in a million, or one in ten. There is no rush to get the upgrade! You want to be on the sidelines while this unfolds.

This was a 2013 Thinkpad X1 Carbon running Windows 8.1. I downloaded the Windows 10 build 10130 ISO, put it on a USB stick, and ran setup.exe. I told it to check for updates during the install. After thirty minutes, I got the “Welcome Back” screen with a Next button.

The first sign of trouble: clicking on Next did nothing. Double-clicking on Next crashed the computer, causing it to restart and bringing it back to the same Welcome Back screen with the same problem.

I found one thread describing that problem, with a comment from someone whose computer began acting normally after it was left alone on the Welcome Back screen for several hours. I left the laptop running for an hour, then clicked Next again and – surprise! – got to the Welcome login screen.

When I put in my credentials, the swirling circle appeared and swirled.

After an hour, I forced it closed with the power button and restarted. This time I got a black screen for two full minutes, followed by the “Critical Error” message above.

From there it was a futile effort – eternal swirling circles and black screens, but never a desktop.

After many other efforts failed, I booted from the USB stick and chose “Repair your computer / reinstall Windows 10.” That preserves data on the drive but all programs have to be reinstalled when it’s done.

After the repair was done, I was able to log in once and see a desktop. It was taunting me, because the keyboard and mouse were completely dead. After I forced the computer to power off and restarted, I got to a login screen but the keyboard and mouse stayed dead. Valiant efforts at CPR did not revive the patient.

Since then I’ve done a clean install of Windows 10 on the Thinkpad and it’s working fine. Clearly there was something specific that caused the upgrade to fail – a specific piece of Lenovo hardware, perhaps.

How many bits of hardware are out there that require special treatment? Until Windows 10 has been out in the world for a month, no one knows.