Should You Upgrade To Windows 10? 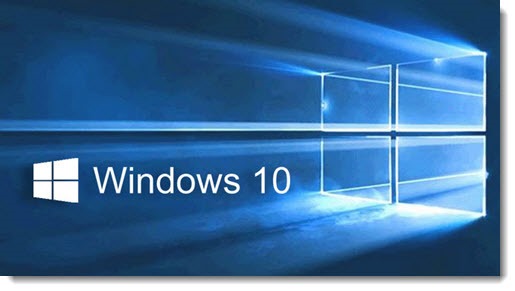 Today: Should you upgrade to Windows 10?

Next: When should you upgrade to Windows 10?

If you read the last article, you have the basics: Windows 10 is an incremental but quite nice upgrade, combining elements from Windows 7 and 8 with modest new features and nothing to hate. The upgrade is free and for most of you the upgrade can be done with a click of a button. Should you click the button?

As you look at my suggestions below, I want you to keep three things in mind that might temper your enthusiasm.

•  Upgrades are risky. Most upgrades will go smoothly, but make no mistake – you’re doing major surgery and there can be complications. Under no circumstances should you upgrade without a backup of all data that you would be depressed about losing, and your budget should have some room for an unexpected call to your favorite IT consultant in case things go bad.

With that in mind, locate yourself and your computer in the following general categories.

Are you getting a new computer?

Get Windows 10 on a new computer. This is nothing like the situation in the last three years where people actively avoided Windows 8 and got Windows 7 on new computers. If you get a new computer in the next few months that is shipped with Windows 7 or 8, upgrade it immediately as one of the first things you do after you take it out of the box.

Are you a tech enthusiast?

Do you get a kick out of new technology? Will you enjoy exploring the new features in the upgraded OS? In that case, absolutely, upgrade to Windows 10. You’re probably able to take it in stride if there are problems with the upgrade, and you’ll find lots to like in Windows 10.

Do you hate change?

On the other hand, maybe you’re one of the many people who wish things would stop changing all the time. I’ve done work for many people who are very irritated if a single desktop icon turns up missing. If this describes you, then the chances are that you’ve got things you know how to do on a computer and you should keep doing them. Windows 7 and 8 aren’t broken and they’ll be supported for many years. Leave your computer alone! You’re under no pressure to upgrade. Go back to work.

Is your computer running Windows 8?

A computer running Windows 8.1 is less than three years old and built with relatively new hardware, so a Windows 10 upgrade will likely go smoothly. Since most Windows 8 users are vaguely unsettled by the new elements in Windows 8 – the Start screen, Charms bar, full screen apps, and more – the odds are good that you’ll appreciate Windows 10 as a way to bring back some familiar Windows 7 touches without losing the improvements in Windows 8. In general, then, I suggest upgrading Windows 8 computers to Windows 10 when the time is right. (Not yet.)

Is your computer underpowered or more than four years old?

Open up Control Panel / System and look at the processor in your computer. If it says “Core 2 Duo,” your computer is on its last legs and shouldn’t be put through the pain of an upgrade. There’s no upside. Same thing if you have less than 4Gb of RAM, or if you have a fairly small amount of free space on your C: drive.

Those are the obvious reasons not to upgrade an older computer. Beyond that, I wouldn’t stop you from installing Windows 10 but it may not be a very rewarding experience. A five or six year old computer is probably moving slowly, struggling under the accumulation of years of updates and all the programs that have been installed and uninstalled and patched over the years. Windows 10 won’t improve matters much. There’s nothing to prevent you from upgrading an old computer to Windows 10, but the chances go up that you’ll have an unhappy experience during the upgrade, and you might be unsatisfied that it doesn’t make things better. 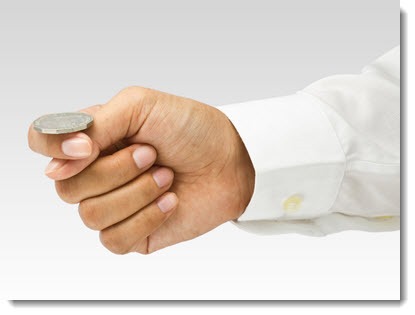 Is your computer running Windows 7?

If you haven’t found your answer yet, then you’re probably running Windows 7 on a laptop or desktop computer that is running just fine – a few years old but no obvious problems. This is the category that most people fall into, and it’s a bit of a coin toss with no obvious right or wrong answer.

Your Windows 10 upgrade will likely go smoothly when it’s time. (Not yet.) Windows 10 will feel like a modest upgrade because so many elements are designed to be comfortable for Windows 7 users – there’s nothing jarring like Windows 8. Many of you should upgrade your Windows 7 computers after you back up your data. (When it’s time. Not yet.)

There is, however, another side. If your computers are used in your business, the Windows 10 upgrade will require time and perhaps some money if you pay your friendly IT consultant to handle it for you. The benefits will be hard to quantify. You’ll be taking a device that your employees are using to get work done, and turning it into a device that they’ll use to get the same work done – but now there might be a need for some retraining and perhaps some collateral damage in the form of programs or devices that stop working. I’m not sure it’s worth it for many small businesses.

My suggestion for small businesses: do an inventory of your Windows 7 computers. You’ll be surprised how old they are. Time flies! The computers that are more than four years old will need to be replaced before long. You’ll get Windows 10 on the new computers. Over time you’ll have Windows 10 on all your computers, and maybe that’s a fast enough path. Windows 7 is still supported and still secure. Upgrade your newer computers, but think about letting your employees with older computers keep getting their work done without interruption and without anything new to distract them.

Okay, so you’re standing by to do the upgrade. In the next article, I’ll give you some ideas about when to push the upgrade button. (Not yet.)