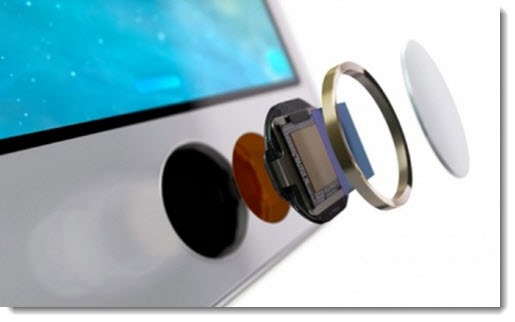 Hey, this is fun! I think I’ll start writing all my headlines like Buzzfeed. “You won’t believe what happened when I got an iPhone.” “Five things that will shock you about Office 365.” Nah, it won’t work. I’ll still want to write articles that are full of complicated stuff like nuance and details. But it’s true: the most important feature of the iPhone 6s isn’t what you expect.

The most important feature of the iPhone 6s is the fingerprint reader.

Apple added a fingerprint sensor to the iPhone 5s two years ago. For the first time it was convenient to lock a phone for security. Too many people don’t even bother setting up a four-digit PIN to unlock their phones, even though the phone is now a portal to everything in our personal, professional and financial lives. Apple’s Touch ID removed any friction from practicing basic security and immediately lowered the risk of having confidential information spilled by a lost or stolen phone. The combination of the fingerprint reader and the remote kill switch literally lowered crime rates by making iPhones less valuable on the black market.

The fingerprint reader was an obvious addition but no company had gotten it right until Apple. Last year’s fingerprint sensor on the iPhone 6 was even better, faster and more reliable.

This year fingerprint readers have taken a large step forward and they’ve been integrated more deeply into new phones. They are going to be part of a new disruptive technology shift as we learn new routines for using online services and paying for daily purchases.

My advice: Don’t buy a phone without a fast fingerprint reader. Make it a requirement for your next phone. 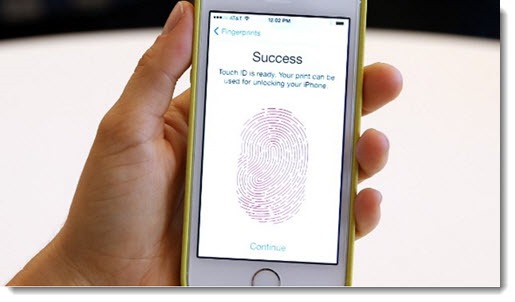 What’s changed on the iPhone 6s?

The fingerprint reader on the iPhone 6s is fast. Blindingly fast. Accuracy was already good and has gotten better, but the significant change is the sheer speed of the iPhone 6s and the best of the new Android phones.

I’ve used last year’s iPhone 6. It’s fast too, but there’s a delay – just a momentary hesitation but it’s enough that my wife swipes to put in her PIN code most of the time instead of waiting for the fingerprint to register.

Besides the security of the phone itself, this has an obvious application to payments. If we believe our phones are secure and yet they can be used instantly to make payments, we will adopt Apple Pay or Android Pay much more easily. Why not? Once the merchants have the equipment in place, we’ll be easily convinced that paying with our phones is faster and more secure than using a credit card. We don’t change our habits easily. We’ll only switch to a new payment system if it is obviously easier than using a debit card. The fast biometric identification feels safe and reduces the friction to zero.

iPhone users have been accustomed to filling in their Apple ID password all too often to buy something from the Apple app store. Using Touch ID handles the purchase instantly. It’s like buying from Amazon – it’s so easy that it’s a little scary and a little intoxicating.

It goes beyond that.

Apps are integrating Touch ID. The best example: it transforms the experience of using LastPass on an iPhone. Filling in the LastPass master password over and over on a phone to look up a password for a website or an app was unbearable. I rarely used it. With Touch ID, I’m in LastPass and able to look up passwords instantly. LastPass has become as important on the phone as it is on my computers. I happily pay $12 to LastPass for a Premium subscription that can be used on phones.

The security details about Touch ID are reassuring. The sensor records the whorls of your fingerprint at a very high resolution, including details that are smaller than the human eye can see. The probability of a random match is 1 in 50,000 – but the phone only allows five unsuccessful fingerprint match attempts before switching to a passcode. (Oh, and rest easy – the phone can’t be unlocked if someone cuts off your finger to get your fingerprint.)

More security: the phone does not record your fingerprint; it stores a mathematical representation of it that can’t be used to reverse engineer your actual fingerprint. The information is stored on the phone in the “Secure Enclave”, which is walled off from everything else on the phone. Your fingerprint info is not stored on Apple servers and it is not backed up to iCloud.

Google has made fingerprint readers a core feature of phones running Android 6.0. New Android phones are starting to appear with sensors that are as fast and accurate as the iPhone 6s. Google just released new Nexus phones, the Nexus 5X and Nexus 6P, which both have fast fingerprint readers. The Samsung Galaxy S6, HTC One A9, and other new flagship Android phones feature them as well.

Expect to see biometric identification extend to laptops quickly. Some models of Lenovo Thinkpads have had reliable fingerprint readers for years. Microsoft added a fingerprint sensor to the improved Surface Pro 3/4 keyboard shipping next week. (Look for the Onyx keyboard at $159. There’s no keyboard sensor in the other Surface keyboard colors at $129.) Windows 10 supports facial identification on laptops with special “Windows Hello” cameras, which will begin shipping this fall.

In the end, it’s all about the speed. It’s transformational. We’re on the verge of some big changes that will start with a trustworthy way for our phones to know that we’re the ones holding them. There are a few other nice things about the iPhone 6s Plus but – wow, it’s fast.