Apple And The Quest For The Next Big Thing 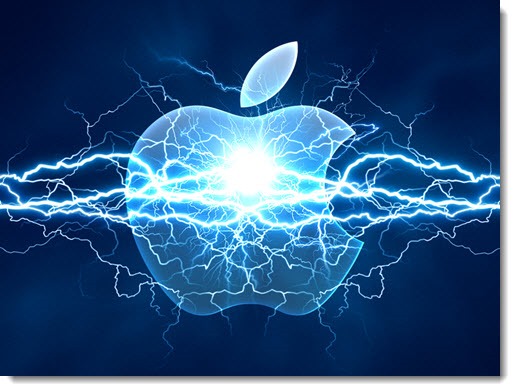 Did you know Apple introduced a smaller iPhone and a new iPad Pro last week? If you missed it, no surprise – we’ve come a long way from the days when Apple press conferences were front page news. Well, among other things, there are no such things as “front pages” any more, but you know what I mean.

Apple is the largest, most profitable company in the history of the world. (That’s not hyperbole, it’s literally true.) Let’s take a broad look at Apple’s business strategy. It will make it easier to know what the new products add to the mix. We’ll start with Apple’s continuing quest for the Next Big Thing. In the next article, we’ll take a look at the way Apple is filling the gaps in its existing product lineups.

Mac computers have been a nice business for Apple for a long time, but its explosive growth in the last fifteen years has come from three product launches that had some similarities: the iPod in 2001, the iPhone in 2007, and the iPad in 2010. Each one took a product category that was already active and introduced a device that redefined each market. In each case, Apple’s design and operating system improvements were so far advanced over competitors that in hindsight Apple is frequently given credit for “inventing” each category. Creative Labs and many other manufacturers of MP3 players fell off  the map in the few  years after the introduction of the iPod. Palm, Blackberry, Microsoft and others were all actively developing and selling smartphones before the iPhone launch. The first tablets running the Microsoft Tablet OS were released in 2002, eight years before the iPad. All of the devices by those other companies became forgotten footnotes in the face of Apple’s grasp of design and usability.

Even as the profits have been pouring in, Apple has been casting around for the next big thing. By any rational measure, it doesn’t need another big thing. It can refine its products for many years and continue to be one of the largest, most important companies in the world. But its track record has led people to have high expectations – perhaps impossible expectations, because what Apple did three times in a row was a stupendously improbable series of revolutions that may never be repeated. The public is fickle, investors are demanding, and Apple is continuing to swing for the fences.

In the last couple of years, Apple has tried five times to capture new markets and spark public interest. Each one has been successful by some definitions – Apple is unlikely to release any products that do not find millions of customers and fanatical support from loyalists. But none of them have had the impact that Apple secretly was hoping for.

Apple Watch  The Apple Watch was intended to be a device that would quickly be seen as a natural complement to the iPhone, as inevitable a part of our daily routine as the iPhones in our pockets. It didn’t work out that way. Maybe the watch is too big, or the screen is too busy, or the controls are too complicated – whatever the reason, the Apple Watch is rarely mentioned these days. Although millions have been sold, I suspect many of them are sitting in drawers, not being worn. Lots of manufacturers were making smartwatches before Apple stepped in and more appear all the time, and none of them have gotten it right either. It might not be a solvable problem; there literally might not be anything interesting that can be done with the small screen that will fit on a wrist. But Apple was the company with the reputation for creating beautiful and intuitive interfaces when others had failed, and it couldn’t do it with the watch.

Apple TV  Apple has been trying for years to create a device that will re-invent living rooms. Apple TV is almost ten years old and has had little impact. Last fall Apple started over and released an updated device for your TV and an updated operating system with an app store, support for Siri voice control and more. It’s quite nice and as you’d expect, the new Apple TV is selling well. But it shows no signs of changing the market or having anything like the impact that the iPhone and iPad did in their respective markets. Apple TV has little to help it stand out from Roku, Amazon Fire TV, or other similar living room devices.

Apple Music  Apple had reaped huge profits from selling music through iTunes in the 2000s. It hopes to transition to similar control over the new world of streaming music, so it shoehorned a bunch of streaming music and community features into “Apple Music.” Again, it is moderately successful but it does not seem to have dented Spotify’s growth this year. Like the watch, the interface is confusing and cluttered and does not appear to have Apple’s fabled touch for clear and intuitive controls.

Apple Pay  Apple may still succeed with its venture into mobile payments with Apple Pay. If you’ve used it, you know it truly feels magical to touch the fingerprint sensor, then move the phone close to the terminal and, bang! it’s done. It’s even better if you know the technical background and understand that it’s even safer for all parties than a traditional credit card. And it makes even more sense when you find out what a disaster the new “chip and signature” system is that’s being rolled out in the US. Adoption of Apple Pay is going slower than expected due to a variety of factors – competitors muddying the water, major merchants resisting or trying to hold out for their own proprietary payment systems, and the natural conservatism (read: slowness) of US merchants to do anything new. Apple Pay has nowhere near the penetration that Apple hoped for when it introduced it a year and a half ago.

iPad Pro  Apple has been badly stung by the growth in sales of thin and light Windows laptops and especially by Microsoft’s success with Surface laptop/tablet hybrids, which have now been followed by many other Surface-like hybrids from other manufacturers. Microsoft’s marketing has successfully positioned them as the best devices for anyone in business who expects to do real work with real productivity programs on a real keyboard. Apple responded last fall with the 12.9 inch iPad Pro, an oversized version of the iPad with a better processor and an optional keyboard that doubles as the kickstand. Apple is promoting the iPad Pro a bit halfheartedly as a productivity device, but it’s not a very convincing sales pitch: t he keyboard is lackluster, the kickstand is locked into a single position, there’s no mouse or trackpad, and the operating system is not very good at multitasking and displaying multiple windows onscreen. As always, Apple has undoubtedly sold millions of iPad Pros but there is no indication that there has been any change in the (correct) perception that laptops and hybrids are better devices for business users.

It’s tough to find the Next Big Thing! Apple hasn’t given up. It is widely understood to be working on a car, and it is likely to have an entry in the new virtual reality field that is developing this year with new VR goggles from Facebook-owned Oculus, Sony Playstation, and others.

There is, however, a new element that will make it harder for Apple to repeat its successes with the iPod, iPhone, and iPad. Apple’s competitors have fifteen years of experience with studying Apple. It has become routine to get new technology in expensive and elegant packaging; to see understated clean lines in devices; to work with simple operating systems and menus that owe a huge debt to iOS and OS X. Apple came into those earlier markets against weak competitors making dull devices. But now imagine that Apple produces an elegant car with clean lines, packed with innovative technology, maybe a little expensive but worth it. Guess what? Tesla is already there. Will Apple really push the envelope so far that it outshines what Tesla is doing today? Maybe. I’m not sure I’d want to make that bet.

While it waits for the Next Big Thing, Apple is filling out its product lines in a way that also reflects a shift in its core business strategies. We’ll talk about that in the next article. Write down your guess: how many different sizes of screens are on Apple devices on the market today? (Hint: more than you think.)