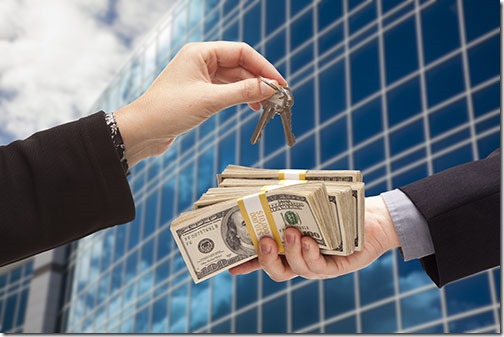 Longtime readers will recall that Intuit issued a very strange press release in August begging someone, anyone, to take Quicken off their hands. Intuit said it was completely focused on Quickbooks Online and TurboTax and found Quicken too distracting. Seriously, that was the tone of their “For Sale – Cheap” notice.

I watch technology news feeds from hundreds of websites every day. Is that pathetic or what? Ignore my sad life and focus on the relevant point: I can say with confidence that Intuit’s announcement of the proposed sale of Quicken to HIG Capital in March went by unnoticed. Same thing with the announcement last week that the sale has closed. The technology community has completely bypassed this story. I suspect that says a lot about how unimportant desktop computer programs are today.

HIG Capital is an investment firm managing equity capital of over $19 billion. The sale price for Quicken wasn’t announced but Quicken generated under $51 million in revenue for Intuit in 2015. To compare, if HIG’s capital is a ten-story tall building, then Quicken’s annual sales are a jar of Nutella. Hang on. I’m not good at analogies. But the point is that from a financial perspective, Quicken is an insignificant acquisition of an unimportant product.

But that doesn’t mean no one cares! The head of Quicken for Intuit, Eric Dunn, is an investor in the deal and will continue to head Quicken at its new home. Apparently other former Intuit employees and Quicken loyalists are moving with him to keep working on Quicken. Dunn promises that he and the new owners are focused like laser beams on improving Quicken and preserving it for future generations. Well, that’s what he wants, anyway. HIG Capital isn’t playing quite as long a game. Dunn’s guess is that HIG Capital will try to cash out within five years. Still, that plan will only work if Quicken has improved in the meantime, so I take that to be good news. (Dunn also says that Quicken was actually generating closer to $100 million in annual revenue and 2015 was special because of an accounting trick or two. That makes it nearly twice as big an insignificant speck.)

Here’s Eric Dunn’s statement about the sale, and here are answers to some practical questions about the details.

The takeaway: if you’re a Quicken user, keep using Quicken. It might get better.

I did some research and there’s no other program or service that stands out as the obvious alternative. If you’re curious, here’s a thread on Amazon with many, many people weighing in on alternatives to Quicken. There’s a new cloud-based service, CountAbout, that’s mentioned frequently. Reportedly it imports data from Quicken files but perhaps not without some angst. I have no idea if it’s worth investigating.

It’s an interesting world. Quicken may live for a while longer. Cross your fingers, Quicken users.