Putting Your Finger On The Next Big Technology Trend 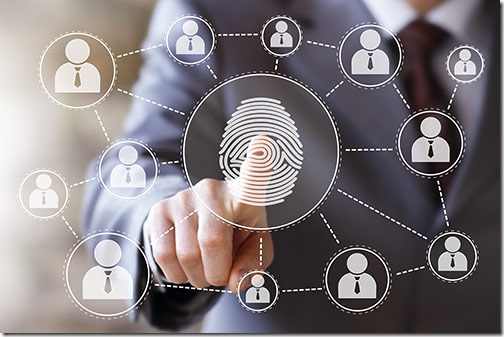 You should think about getting a fingerprint reader on your next laptop. There are only a few available today but that will change in the next few months.

Fingerprint readers have become more common on phones. Faster and more accurate fingerprint sensors on phones allow you to have additional security and quick access to secure apps without any inconvenience. It is transformational to look up a password in LastPass in seconds with complete security, or to pay for a chai at Taylor Maid with Apple Pay in far less time than a credit card swipe. I wrote last fall (and still believe) that the improved fingerprint sensor is the most important feature of the iPhone 6S. Now there are equally capable fingerprint readers on the latest Samsung phones, the Google Nexus 5X and 6P, and phones from LG, Huawei, OnePlus, among others.

At the Build conference last week, Microsoft announced that it will be integrating fingerprint readers more deeply into Windows 10. In the next couple of years, that might have the same effect on laptop use that it has had on mobile devices. More below about what that means.

Here’s how it works today on my Lenovo Thinkpad X1 Yoga. When I open the lid, thanks to the improvements in Windows 10 power management, the laptop comes out of sleep instantly and displays the Windows 10 lock screen before I finish putting the lid in position. When I put my finger on the fingerprint reader, it recognizes me with no noticeable delay whatsoever.

The Windows 10 feature running that sensor is “Windows Hello.” It’s not limited to fingerprint sensors. Windows Hello can also do the same kind of biometric identification with facial recognition and iris scans. Those require special cameras and early devices are not yet working smoothly. You’ve all seen SF movies with iris scans that require the actors to squint into a special reader by a locked door for a few seconds, or stand still while a laser passes over an eyeball. That’s what it’s like, but not as cool. Microsoft released Windows Phones with iris scanners last year. Typical review: “In practice, though, it frequently didn’t work for me unless the lighting conditions were right and I held the phone a certain distance from my face and at a certain angle.” Those technologies might improve but fast, accurate fingerprint recognition is here today.

Lenovo was among the first laptop manufacturers to include a fingerprint reader in some Thinkpads. Until last year, it was a slot that you would drag your finger over. It was . . . pretty good – accurate, moderately fast, but with a failure rate in my experience of 10-20%, high enough to be annoying. 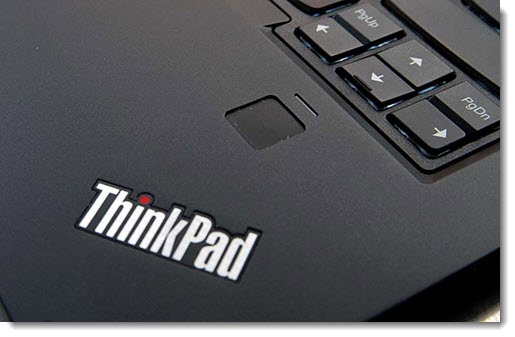 This year’s Thinkpad X1 Carbon and Thinkpad X1 Yoga use the same kind of sensor as the phones: place your finger on the square and recognition is immediate.

Okay, so you can log into Windows quickly – swell, but I sense I haven’t hooked you yet. Now look down the road a year or two.

Microsoft is encouraging developers to use Windows Hello for authentication in Windows 10 programs and web apps. That’s a big deal. It means that someday you’ll be able to open LastPass instantly with your fingerprint on your computer instead of typing in your master password. When you get to your bank’s website, you’ll be able to log in securely with your fingerprint instead of typing in your user name and password. You can log into webmail just as easily.

In fact, if this catches on – and it will – any website or online service that uses login credentials will accept your fingerprint and open immediately.

The underpinnings for this will be rolled out with a major update to Windows 10 expected in July. Microsoft’s announcement last week highlighted that this will work at first in the new Edge browser that no one uses. But under the hood, Microsoft is building this to hook into open standards that should allow Google to build it into Chrome and for developers to adopt it without the usual infighting and competition. The group working on a standardized protocol is co-chaired by Microsoft and Google. The technical details are reassuring, by the way. The fingerprint readers are astoundingly accurate and your fingerprint is not stored or made available to the websites – your bank won’t have your fingerprint if you use this someday.

No guarantees, then, but there’s a good chance that laptops will begin to include fingerprint readers as a standard option, and we’ll see more ways to get a fingerprint reader built into desktop keyboards or as a standalone desk accessory. If this becomes widespread it might be one way out of the password nightmare that we’re caught in today.