Upgrade Your Computer With A Solid State Drive

You might have an upgrade option that wasn’t practical a year ago.

It’s a combination of two things:

•   Prices have been dropping on solid state drives.

•   Windows 10 installs quickly and does not require lengthy updates.

There are a lot of parts to this and this might not work for you, but I know a lot of businesses in this position that might benefit. This project is only for people who fit all of these conditions!

•   You have a desktop computer that’s 1-5 years old. (This might also be possible on a laptop but the details are different.)

•   It’s running slowly, partially because of years of accumulated gunk, but mostly because of the slow spinning hard drive.

•   You’re willing to reinstall all your programs.

If all of those fit, then you might be able to rehab that computer so it works better than brand new. A new solid state drive (SSD) in place of the existing hard drive will improve performance dramatically. Seriously, the difference that the SSD makes is mind-blowing.

The idea is to (1) back up data, (2) replace the hard drive with a new SSD, (3) do a clean install of Windows 10 from a USB stick, and finally (4) reinstall programs and restore data.

Let’s go through some of the details. You might be able to do it yourself. I’ve done this several times in the last few weeks. It takes me 1 1/2-2 hours of work to do it for clients.

Back up the data on the existing hard drive 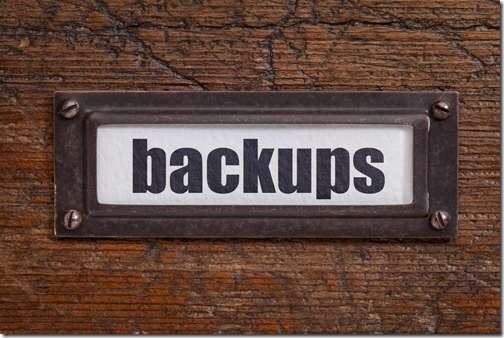 I’m not going to detail backup options. If you can’t back up your data, then this isn’t a project for you. It doesn’t matter if you use Windows 10 File History, or manually copy everything in the Users folder to an external hard drive, or anything else. You just have to know that when this is done, you’re going to be starting a a computer that has nothing on it. You will be sad if you can’t copy your documents and pictures back into place. Don’t make yourself sad.

Tip: Quickbooks is odd and puts the Company files under C:\Users\Public\Documents. Don’t forget about those folders if you’re a Quickbooks user.

Tip: If more than one person uses the computer, make sure to copy everything in all the Users folders.

But this is one of the great things about the way I suggest you do this: you’re going to be taking the original drive out and setting it aside untouched. If this project goes sideways, you can put it back and you will immediately be back to where you left off. There’s zero risk of data loss.

Replace the hard drive with a new SSD 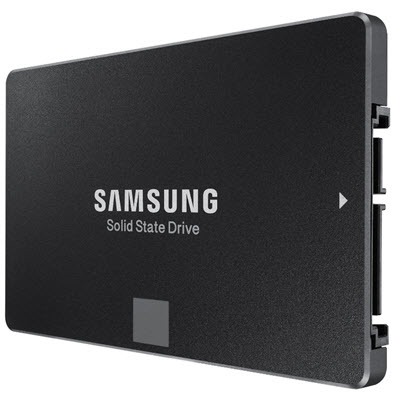 Take out the existing hard drive and set it aside. Plug in a solid state drive in its place.

If you do this, you will have no issues about cabling, no need to change BIOS settings, no accidental loss of data. You’ll be sidestepping lots of potential pitfalls. If you’re technically skilled, the sky is the limit. There are a thousand other ways to change hard drives. Go nuts. But what I’m suggesting is clean and easy and gives you the ability to go back to the old drive if bad things happen.

I’ve been buying Samsung 850 Evo 250Gb drives lately, about $90 tonight at Amazon. I chose them because they turned up in an Amazon search and they looked good enough and that was easier than doing any research. There are cheaper alternatives and more expensive alternatives and drives with more space and maybe you want to get into the fine differences between different brands. But there’s a lot to be said for doing an Amazon search and picking something near the top, like I did.

This is the first new thing that makes this project possible. Prices on SSDs have been dropping continuously for the last couple of years and have now reached the point where they’re a no-brainer. In fact, it’s troubling and very wrong that the manufacturers aren’t pushing them hard on every new computer on the market.

The solid state drive is quite a bit smaller than the rotating hard drive in your computer. You’ll probably need a mounting kit to hold the SSD so it will fit in the bracket that the current drive is in. I’ve been getting this Sabrent mounting kit for $7.

When you upgraded your computer to Windows 10, Microsoft stored an encrypted hash online that encodes a lot of information about your computer – the motherboard, networking card, hard drive, and more. As a result, that computer has a license for Windows 10 that can be used for the life of the computer. It will still pass the license check after you change the hard drive. When you start the rebuilt computer, it will go online and your Windows 10 license will be activated without any fuss.

That’s the theory, anyway. It works reliably most of the time, for most people. Enthusiasts who change motherboards and fiddle with the innards of their computers occasionally run into situations where a license isn’t activated. It takes a phone call to Microsoft which frequently (but not always) goes smoothly and easily.

You won’t have that problem. You can set up the computer from scratch and you’ll have a good Windows 10 license with no long license keys or anything else.

[Update 08/12/2016: The day after I wrote that, it was discovered that Microsoft has changed its policy to match what I said explicitly: hard drives will no longer play any role in license activation. “For Windows 10, we have factored out the hard drive in regard to licensing,” the documentation claims. “So you can replace it, re-install, click skip entering a product key on Media creation tool and the system will pull down a digital license that matches the motherboard.”]

Before you close down your old computer, run the Media Creation Tool from Microsoft. You’ll need a 4Gb or 8Gb USB stick. The tool prepares the USB stick to boot the computer with its new empty SSD, and copies all the files needed to install Windows 10 from scratch. You’ll get the latest version of Windows 10, including the Anniversary Update released last week.

Now comes the hard part. After you’ve installed that new SSD, insert the USB stick into a USB port and turn on the computer. You have to convince the computer to boot from that USB stick.

If you’re lucky, you’ll see the Windows spinning circle right away. Many computers automatically boot from a bootable USB stick if the hard drive doesn’t have an operating system. Other computers need a keypress at the right time, usually while the manufacturer’s logo is onscreen. Occasionally it takes a BIOS adjustment, which would make this project get too geeky for most people.

For what it’s worth, on many Dell business computers for the last few years, the magic key is F12. Hit it a few times while the computer is starting up to get a menu of choices for boot devices.

The next step is one of the best parts of Windows 10. You can start the setup and take all the defaults. Make a note of the time when it starts into the setup phase. When I did this a few days ago, Windows 10 formatted the SSD, copied the setup files, ran setup and configured all the hardware, and got me to the license agreement in twelve minutes.

If you have ever installed an operating system from scratch, this is a jaw-dropping change in your experience. It can take – literally – twenty-four hours to install Windows 7 and bring it up to date today. It is a horrible, forbidding experience that I hope never to do again.

Twelve minutes. And what’s installed is up to date with the exception of the usual system updates that will be delivered in the normal course.

If you’re lucky, Windows 10 will have automatically detected the network adapter in the computer so your Internet connection is alive right away. If there is any other hardware that isn’t recognized right away, Windows might find the drivers and queue them up automatically. If a rebuilt computer starts and gets online, I don’t worry about checking hardware until the computer has been online for an hour or so, then restarted. Occasionally drivers have to be found and downloaded – again, not a fun job if you’re not a bit geeky. Right-click on the Start button and click on Device Manager after the first restart to see if anything is missing.

For what it’s worth, when I’ve upgraded 3-5 year old Dell Optiplex computers, 100% of the hardware has been recognized automatically.

At this moment, your computer is far better than when it came out of the box years ago. It’s running faster than it has ever run before. You don’t have any of the junk that came with the computer originally. You’ve done a “clean install,” the same setup that Microsoft sells as a “Signature Edition” on new PCs. 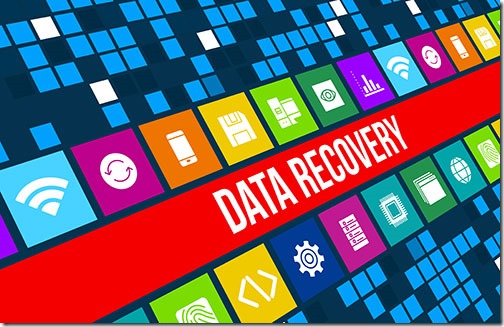 You will be surprised how few programs need to be installed. There is almost never a need to find old CDs and license keys any more. Log in at Office.com with the account that has a license for the Office programs to install Word, Excel, Outlook and the rest. Log into your Adobe account to track down your account information for Acrobat DC, Photoshop, or other Adobe programs. Intuit will let you download any version of Quickbooks, but you may need the elaborate license keys that it provided when you bought the program. Install Chrome and other basic programs and utilities in a single download with no extra junk from Ninite.

You won’t need old disks for printers, either. Check Settings / Devices to see if Windows 10 set up your printer automatically – you might be surprised. If not, always go to the manufacturer’s website and download the latest drivers for your printer.

You’ll have your own list of things that have to be installed or configured. Don’t forget the essential Windows 10 configuration tips here.

Copy your data into your new user folders from the external hard drive or backup.

At every step, you’ll notice how much quicker the computer is at doing everything. Any one of these steps would have taken much longer on the old spinning hard drive.

There will always be a variety of little chores to finish setting up the computer, but they’re the same ones you would do with a new computer. And your computer will be acting as if it’s new. You’ve left all the accumulated gunk behind. Old bugs are gone – perhaps replaced by new ones, but you don’t know that yet. Windows 10 runs very smoothly on a clean install with a fast hard drive.

Your out of pocket expenses might be as little as a hundred dollars, if you do the work yourself and everything falls your way. If I do the work, it might be $350-$500 before I’m done tidying things up and helping you get everything installed and running. The reward is a computer that performs like it’s new. Think about whether your computer can use a boost! This wasn’t economical until recently but now I recommend it for any computer that would benefit.