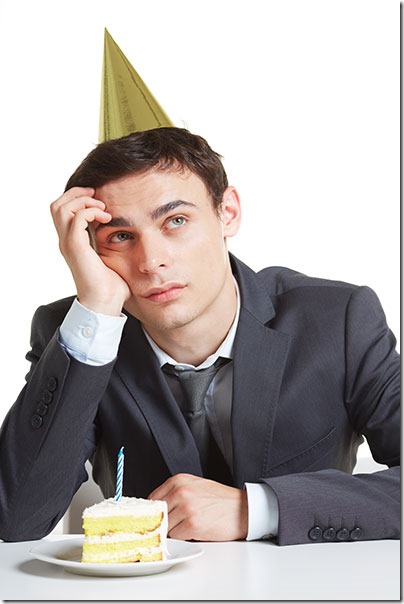 Microsoft just keeps on making friends with its updates.

Anniversary Update is a major refresh of Windows 10 with new features, changes and improvements throughout the entire OS, and lots of bug fixes. All the details are here. The new features are just the teensiest bit underwhelming but there was reason to hope that the process was continuing to make Windows 10 a stable long-term platform.

Unfortunately Microsoft had to shift gears into damage control when the Anniversary Update turned out to cause embarrassing problems, from frozen systems to bluescreens to frozen video streams, among the more egregious bugs.

The Anniversary Update started to roll out on August 2. Over the last two months I’ve been scratching my head, trying to figure out why almost none of my clients’ Windows 10 computers had gotten the update.

It turns out Microsoft delayed the update until recently on many computers. Only about a third of Windows 10 computers had gotten the Anniversary Update as of the third week in September, according to one report.

About a week ago, without any explanation and without any notice, many more Windows 10 computers began restarting to install the Anniversary Update, usually at an inconvenient time. Now I’m dealing almost daily with calls from annoyed clients who are waiting for the install to finish or dealing with little problems that it introduced.

We don’t know why Microsoft delayed the Anniversary Update for many computers. In the best case, Microsoft was identifying potential problems with specific hardware and software configurations, then releasing fixes ahead of time so the Anniversary Update would be more likely to install smoothly. That’s swell, although as always a bit of communication would have gone a long way.

There are a couple of problems caused by the delay.

Installing the Anniversary Update takes a minimum of 25 minutes, and might be an hour or more on a slower computer. Once started, the update cannot be interrupted. Most people have no reason to expect it. Even regular readers of Bruceb News (and oh, how I love you all) read about it a couple of months ago and probably assumed it had been installed long ago.

Last Monday I sat in my living room to watch the debate. I fired up the PC that I have hooked up to the TV and started looking for a YouTube stream.

Half an hour later, the wheel was spinning and the progress indicator was stuck at 30%. I was scrambling for another way to watch the debate – and I was angry.

Earlier this week I heard from an accountant who was stuck watching an update screen instead of preparing for a meeting with clients. Today I got a call from a business that was cut off from their list of scheduled appointments because their computer was stuck on an update screen.

Unexpected surprise updates that take 30-60 minutes or longer to install do not make people like Microsoft. 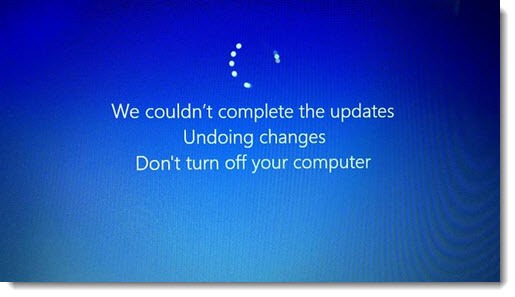 During the two months since the Anniversary Update was finalized, Microsoft has been working on more Windows 10 updates. Seven times in the last eight weeks we’ve gotten a “cumulative update” that includes all prior updates not already installed on a Windows 10 computer. The most recent cumulative update was released on Thursday, September 29. It is another massive collection of bug fixes and patches that can be as large as a 753Mb download. Like the Anniversary Update, it can take 30 minutes or longer to install.

Okay, not everyone has that experience. Some of your computers get these updates overnight and you aren’t inconvenienced by them. Great. But there are still a couple of things to consider about Microsoft’s judgment.

One issue concerns Microsoft’s promotion of Edge and the Windows Store, which turn up again on the taskbar even if you have specifically removed them (which I recommend). Right-click them and unpin them. Again. At least Microsoft doesn’t muck around with your default programs this time, as it did with the Windows 10 upgrade.

The other issue concerns timing. Notice the date of that cumulative update – Thursday, September 29. Thursday. Microsoft has apparently bailed out completely of the “Patch Tuesday” concept. Once released, your computer downloads the updates and holds them to install on a schedule devised by Beelzebub several days later (always at an inconvenient time). We have no way whatsoever to predict when our computers will restart.

Oh, and the cumulative update has bugs. Testing with insiders revealed that it failed to install properly for some people, causing lengthy delays while Windows rolls back its failed attempt, then tries to do it again. So Microsoft did the only logical thing and released it to everyone unchanged, so more people could experience it failing to install. This seems . . . strange.

There are reports that the keyboard and mouse stop working for some people after installing the cumulative update. If you look at comments about the update, you’ll see people complaining about bluescreens, lost Chrome extensions, lost network adapters, and more. Here’s an article that goes through a list of problems introduced by the Anniversary Update and last week’s cumulative update.

You can’t stop Windows 10 updates – and despite these problems, Windows 10 is solid and most people are having a good experience. But none of this builds confidence that Microsoft is learning to communicate or that it has focused on making its updates rock solid. I want to regain trust in Microsoft. Instead I’m apologizing to angry clients.