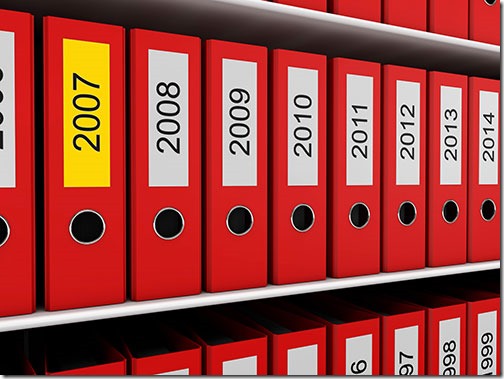 It’s the ten-year anniversary of one of the most important inflection points in history. 2007 was such an eventful year that its significance seems obvious in hindsight, but it’s gone unremarked until Thomas Friedman spelled it out in a new book.

Thomas Friedman, the well-known and controversial New York Times columnist, released Thank You for Being Late: An Optimist’s Guide to Thriving in the Age of Accelerations a few weeks ago. The book is filled with big conclusions and sweeping generalizations and aphorisms that sound wise to some people and overblown to others. I’m not going to walk into that minefield. Personally I find Friedman’s articles and books to be interesting and insightful and I’m looking forward to this one.

For now, let’s just muse on the fact that a startling number of the technology forces transforming our world were created or released in 2007. We were a bit distracted by a global economic collapse the next year so perhaps it’s understandable that we missed the big picture.

The iPhone was released in 2007. It was not the first smartphone but it was the force that unleashed the mobile revolution, completely changing our relationship to personal technology and displacing computers as our primary technology device.

Google released Android in 2007, the operating system that now runs on 90% of smartphones worldwide.

Amazon released the Kindle in 2007 and revolutionized the book industry.

Facebook and Twitter were both introduced in 2006 but took off in 2007, effectively creating social networking, a force that has an outsized influence right now on our lives, our personal connections, and increasingly on our politics and worldviews as it becomes our primary source of news.

The initial concept for Airbnb was created in 2007. We are still feeling the impact today as it shakes up the travel and hotel industries.

Dropbox was founded in 2007. For most people Dropbox was the first introduction to the concepts of online file storage and file sharing, which we take for granted today.

Behind the scenes, Amazon Web Services got in a bit early when it was launched in 2006, but it was at the beginning of its unstoppable growth in 2007. AWS is now the most widely used cloud computing platform in the world. As The Atlantic put it, “It’s not an understatement to say that AWS is the piece of infrastructure that has enabled the current tech boom.”

Microsoft announced new online services in 2007 and first offered Microsoft Online Services in 2008. This included hosted online Exchange mailboxes and is the predecessor of the Office 365 services now running in more than 80% of enterprises worldwide.

Hadoop was released in 2007 and quickly became one of the most important tools used to analyze enormous amounts of unstructured data. Most large companies are now engaged in big data analysis to glean insights about their businesses and customers. Hadoop has played an important role in the growth of cloud computing.

IBM began serious development on Watson in 2007. Watson started as a Jeopardy player but has grown into an important application of artificial intelligence research. Examples: Oncologists at Memorial Sloan Kettering Cancer Center and other clinics are using Watson to recommend treatment for lung cancer, and a few months ago IBM announced that it would be using Watson for weather forecasting by analyzing data from over 200,000 personal weather stations and other sources.

It’s worth noting that it was not a year of unqualified technical successes: 2007 is also the year that Microsoft released Vista, which quickly was relegated to the group of Windows Versions That Must Not Be Named™.

Still, not a bad year, eh? The list covers the genesis of many of the forces shaping our world ten years later. The only major player that’s missing is Uber, which didn’t get started until 2009.

I’ll leave it to the pundits to decide if the forces unleashed ten years ago have some unifying characteristics, or if there are lessons to be learned that will help us weather the dislocations that technology is causing. I look at all of this – the smartphone era, social networking, all the rest – and have conflicting thoughts: It feels like this has been going on forever. And it has all happened in the blink of an eye. It’s hard to imagine where we’ll be ten years from now.