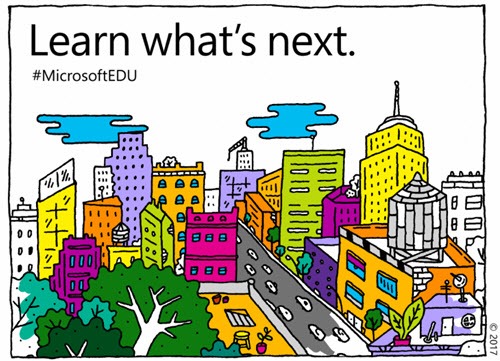 On May 2 Microsoft will announce a new generation of Windows for low-cost computers targeted at education. Information has leaked about some parts of that announcement and tech journalists are speculating about what it might mean. There is one thing that has not been discussed and it is crucial to the success or failure of the new venture. Windows 10 Cloud has a chance of succeeding if and only if Microsoft has changed Windows architecture to support true roaming profiles and device independence.

I know. That doesn’t mean anything to you. Let me give you some background so you know what I mean.

The dominance of Chromebooks in US schools has Microsoft deeply spooked. Chromebooks are low-cost laptops running Google’s ChromeOS. When a student logs in to a Chromebook, she is instantly connected to her documents stored online in Google Drive, her mail in Gmail, her apps (which are installed automatically in the background), her bookmarks in Chrome, and her laptop preferences. Cheap Chromebooks are low-powered but they perform surprisingly well, starting and waking from sleep nearly instantly and using battery power sparingly. If a laptop is damaged or lost, a student can pick up another one from the pile and get back to work without any delay because the process of logging in and connecting to the Google account is handled so well.

Microsoft is hoping that Windows 10 Cloud will match all those features and perhaps have some unique advantages.

Microsoft will be addressing many pieces of that puzzle when it announces Windows 10 Cloud. These are the things that are believed to be part of the new venture.

•  Windows 10 Cloud is a new version of Windows that is optimized to run on cheap low power laptops. A leaked set of specs for Windows 10 Cloud shows relatively low-end hardware capable of all-day battery life and a startup time of fifteen seconds or less to get to a desktop when a user logs in for the first time on a laptop.

•  Windows 10 Cloud may be able to run on ARM processors as well as Intel processors. Microsoft hopes that will be a big deal in the hardware world. Windows typically requires an Intel processor in a computer. Until recently ARM processors were limited to running mobile devices – phones and tablets. They’re cheap and low-powered but the versions appearing this year are powerful enough to run a Chromebook and perhaps even this new simplified version of Windows. That would open the door for lower cost Windows laptops, and price is an important part of where this battle will be fought.

•  Windows 10 Cloud reportedly can be upgraded to Windows 10 Home or Pro. Personally I see this as a downside, not a plus. Windows 10 can run poorly on low-powered hardware, just like every previous version of Windows. It causes unhappiness and drives people to use Chromebooks and iPads. Microsoft should not create the expectation that you can buy a two hundred dollar laptop and have a good experience when you upgrade to Windows 10 Pro. You won’t. And if the architecture of Windows 10 Cloud is so similar to regular Windows 10 that it’s easy to upgrade, it probably means Microsoft hasn’t gone far enough to be competitive with Chromebooks. More about that below, too.

Most people don’t remember that the very first Surface tablet in 2012 ran a new version of Windows optimized to run on cheap low power laptops and designed to run on ARM processors. Windows RT would not run traditional Windows programs; it was locked to Microsoft’s app store. Microsoft included a rewritten version of the Office programs and promised that other apps would follow as developers stepped up.

Windows RT was a failure in every way. Users were confused and angry that they couldn’t install familiar programs. Microsoft explained the concept badly. Developers ignored the new platform. Technically Windows RT lived until it was formally killed in 2015 but in reality it never had a chance and never mattered.

Now Microsoft is unveiling Windows 10 Cloud, which on the surface appears to be a puzzling retread of Windows RT. The strangest part is a return to an operating system that cannot run programs everyone expects to run on Windows, after several more years when it has become obvious that the Windows app store is being ignored by developers despite huge efforts by Microsoft to invigorate it for Windows 10.

If that’s all Microsoft has to say, it’s a huge limitation on Windows 10 Cloud. It means, for example, that Windows 10 Cloud could not run Quicken. In fact, it couldn’t run the desktop versions of Word or Outlook. It would be limited to the online versions of programs, or to new versions written specifically to Microsoft’s store specifications. And that’s a problem, because Microsoft’s store has not attracted developers. It does not have apps that are popular and readily available on other devices. It’s possible that this education initiative will turn that around and cause developers to be interested in Windows 10 Cloud, but to be honest, it’s pretty unlikely.

Instead, Microsoft may announce a new way for traditional Windows programs to be packaged up and made available in the Windows store, able to run on both Intel and ARM processors. At this point developers are so focused anywhere but Microsoft that it will have to be possible to do that automatically or with a bare minimum of effort by developers. We have to wait for the announcement to find out more.

Apps are only half the battle for Microsoft, though. A crucial part of the appeal of Chromebooks is their handling of user profiles. When you log into a Chromebook with a Google account for the first time, there is something magical about watching your settings appear in only a few seconds. Virtually nothing is saved on the Chromebook. All settings are in the cloud, ready to be transferred to your Chromebook on demand and leaving almost no trace when you log off.

Schools can have a stack of Chromebooks and pass them out freely to students in the morning. There is no need to think of a Chromebook that “belongs” to a student. The student doesn’t have to put her name on it and make sure not to mix it up with another one.

That’s what I mean by “device independence.” And today Windows doesn’t work like that.

At best Windows syncs a limited number of settings behind the scenes through your Microsoft or business Office 365 account – wallpaper and lock screens, language preferences, Internet Explorer favorites, and a few other things. Most Windows and program settings are stored on a particular computer, in the hidden AppData or ProgramData folders or in the registry. Those folders can become quite large and are not synced.

It’s true that your online Microsoft account keeps track of the apps you’ve installed from the Windows Store. When you log into a Windows computer for the first time, there are some modest trail markers to help you reinstall those apps. It’s currently nowhere near as seamless as the experience with a Chromebook, where apps are automatically installed with no prompt and no fuss.

Although Windows promotes OneDrive as a location to save files, that is not enforced and Windows is designed to provide equal access to the Documents and Pictures folder on the local hard drive. 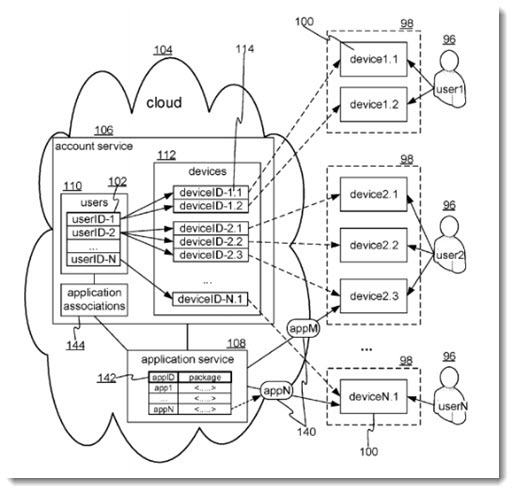 So far there is one, and only one, indication that Microsoft may announce that Windows 10 Cloud is built on true roaming cloud profiles. MSPowerUser discovered that Microsoft recently renewed a patent for “Application Install And Layout Syncing.” The patent says: “FIG. 1 shows an example of a multi-user multi-device cloud-oriented operating environment. Users may use or control respective sets of computing devices.” Those are all the right words for a fundamental change in Windows to move all or most user profile data to the cloud.

There is one more thing that no one has mentioned, and it makes me hopeful.

Think about the name “Windows 10 Cloud.” Journalists have been baffled because that’s a terrible name for a low-powered limited version of Windows that has nothing to do with the cloud.

But imagine that Microsoft promotes a truly cloud-based experience that allows you to log into any Windows 10 Cloud computer and start working on your files and your mail and your programs immediately. The name “Windows 10 Cloud” comes alive and provides an accurate focus for marketing.

Again, there are no leaks to support this theory. Changing Windows to support true roaming profiles synced in the cloud is a major undertaking and I’m not sure Microsoft is up to the job. But if that’s the surprising part of the announcement on May 2, remember, you heard it here first.

One final note. Imagine that Microsoft delivers everything: a version of Windows that runs on $200 laptops, with device independence for users and easy management tools for educators.

If those Windows 10 Cloud laptops cannot run Google Chrome and Chrome apps and connect to Google services, the whole effort may be a nonstarter. I don’t care that OneDrive is also a nice service for storing files. I don’t care that Microsoft’s Edge web browser has some theoretical advantage for battery life. It’s a big Chrome world out there and Google’s hold on mind share will not be easily dislodged.

Sustained efforts by companies the size of Microsoft don’t die immediately. Windows 10 Cloud will find a place in the market. But the presence or absence of Chrome may play a key role in whether it is able to dislodge Google’s hold on the US education market.

It will be an interesting event on May 2. It may be Microsoft’s last chance to regain a hold on the generation of kids in school today who are reaching for their Chromebooks.