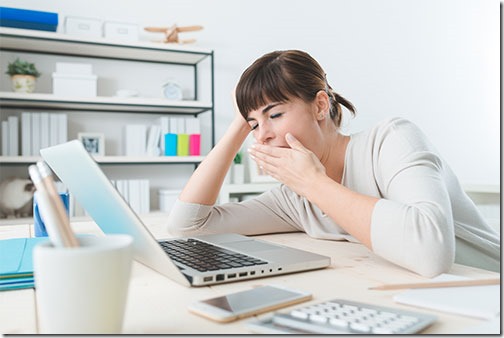 Technology in 2017 is just a bit . . . dull. There’s not much going on. You hadn’t really thought about it but now that I mention it, you know it’s true, right?

Choose your metaphor. It’s a plateau. It’s the calm before the storm. We’re in a holding pattern. We’re almost – but not quite – at a couple of tipping points. We’re at the edge of a precipice.

In hindsight this will be a blip before mind-blowing changes buffet us again but at the moment things are calm. Notice the quiet time so you can remember it when things pick up again!

Right now our technology world is built around phones, computers, and ecosystems of services and apps. They’re mature. They’re constantly changing in small ways but not in fundamental ways that disrupt the status quo. Big companies are managing them with natural conservatism.

Apple introduced the iPhone ten years ago. Phones – and, more importantly, the apps that run on phones – evolved quickly and created exciting new ecosystems and spawned entire new industries. But for the last few years, we’ve seen incremental changes and improvements in a settled landscape. The new Samsung Galaxy S8 is pretty and desirable, but it’s not fundamentally different than any other phone on the market. This fall Apple will introduce a premium tenth anniversary iPhone which will have the highest tech this and a fancy new that, but in the end it will be an iPhone, not some new type of device that will change our world.

Computer hardware is constantly evolving with new variations on well-established themes. Manufacturers are wringing out changes from product categories that go back decades. The concept of a laptop computer is decades old; it’s interesting but not deeply thrilling that now laptops can be made with touchscreens, with covers that flip back, or with detachable keyboards. Microsoft made a big all-in-one computer, the Surface Studio, and put it on a special hinge so it can be lowered flat. Great! It’s a desktop computer. There are some laptops with particularly elegant designs, and a few desktop towers with a bit of style. That’s about it on the hardware side.

Apple’s computers are even more stale. Apple has essentially written off its computer business and has allowed its hardware to languish. Last week Apple execs had a bizarre meeting with handpicked journalists to explain that the three-year-old Mac Pro design was a mistake that it feels just awful about. They promised that Apple would release a better Mac Pro as soon as it gets around to it – but not in 2017 because they’re busy.

And the world of tablets has gone completely dead. Android and Windows tablets have gone nowhere. iPad sales are dropping steadily. There is little interest at the moment in tablets from consumers, developers, or manufacturers.

Meanwhile on the software side, we have Microsoft managing the decline of Windows with a mix of grace and clownish stumbles. It’s not well understood but the last big architectural changes in Windows happened with Windows Vista in 2007. Windows 7 was a facelift for Vista, the equivalent of a service pack primarily intended to salvage Windows from a PR debacle. Windows 8 did not change the technical underpinnings of Windows. There were interface changes to Windows 8 that went badly, making it necessary to release Windows 10 to once again salvage Windows from a PR debacle. Obviously there are lots of tweaks and minor changes in all those Windows versions but the underlying architecture has basically been the same for ten years.

Apple is in roughly the same position with MacOS on computers, which is essentially unchanged in the last five years. Apple will be refining iOS on iPhones and iPads for many years but it is not going to endanger the most valuable product line in the world by making any dramatic changes. Apple gets credit for trying to create a new product category and change the world when it introduced Apple Watch – but it failed and for the foreseeable future Apple is locked into business as usual.

Our mix of ecosystems and apps and programs shifts around but nothing revolutionary is happening. Windows computer users spend more than half of their time on the computer using websites and browser-based services. The rest of the time is spent running exactly the same programs that they ran on Windows 7. It has been more than a decade since any important new Windows program has been released. The situation is basically the same on Macs.

Our ecosystems are also mature and settled, run by large companies that are making incremental changes, not revolutionizing the world, at least not in 2017. Facebook absorbs Instagram, which copies Snapchat, as our social interactions move from text to images – a mildly interesting change at best. Google tightens its grip on all the advertising left over after Facebook has finished, and consistently improves the services built on its deep analysis of what it learns about us. That’s really cool – Google Photos is a truly revolutionary change in our photo management which may have deep implications for how we organize and access our memories. Mostly, though, Google’s public face in 2017 is spent on incremental improvements in its existing services while it works on its big ideas in the labs.

I browse through hundreds of tech articles every day so you don’t have to. There is less to talk about all the time.

It’s not going to stay this way. Oh, dearie, no. Our technology world is going to take off like a rocket. The engines are already rumbling. But you’ll have to look up from phones and computers to see what’s coming. Want some examples?

Augmented reality  No one can predict when certain kinds of major technology breakthroughs will occur if they depend on inventions or flashes of genius. Just know that a lot of people are working on the technology that will allow an overlay of data on top of our view of the world. It’s starting with bulky goggles like Microsoft Hololens, which will be niche products at best. At some point it will be possible to do the same thing with glasses, or smart contact lenses, or brain implants, or something we haven’t thought of yet. I wrote about the possibilities of augmented reality last year.

We are already living in a science fiction world. We have rolled out a global, low cost, ubiquitous, instantaneous communications network, after all, and we’re only at the beginning of understanding the consequences. Augmented reality will be a huge step further into science fiction, with even greater consequences.

Self-driving cars  You need to understand something important: the technology to run self-driving cars is essentially complete. We are going to start a decade or more of tremendous disruption, but the technology is more or less done. The move to autonomous cars has the potential to disrupt huge companies, which do not give up easily. It will disrupt employment for vast numbers of people. (By some measures there are more jobs related to driving in most states than any other job category.) Our cities are literally built around expectations for how cars will be purchased and used. For decades many people have used their car as an important way to promote their self-image. None of those things will change easily but it may happen faster than you expect.

It’s starting quietly with anecdotes about a self-driving Uber car running a red light or a Tesla involved in an accident. A tsunami starts quietly too.

Automation & robots  The job market is already being turned upside down by advances in automation and robotics. The public debate is distorted this year by our weird political climate, so you’ve got Treasury Secretary Steven Mnuchin saying that he’s not worried about automation taking over American jobs for 50 or 100 more years, something that is so clearly wrong that you have to hope that he was only drunk or being threatened at gunpoint. A more credible report last year concluded that almost half of all American jobs could be at risk from automation and artificial intelligence in the next two decades.

Voice activated assistants and the Internet of Things  Amazon Echo and Google Home are voice activated devices that can answer basic questions and set kitchen timers. We’re at the very beginning of the era when all of our devices will communicate with each other and it will become natural to interact with devices by speaking to them instead of staring at a screen. The examples seem goofy today – our garage door goes up when we’re driving down the driveway, the lights come on, the heat is turned up, ha ha, who needs that! But imagine what happens if that goofy technology becomes easy to use, affordable, and secure, and it does useful things. None of us need thermostats that turn the heat up in the morning automatically, and yet a lot of us have them in our homes. None of us need phones in our pockets, and yet, there they are. Watch this space carefully.

I’ll keep reporting on incremental changes in phones and computers because my brain is small. There’s not much going on. It’s kind of a slow year. Thank goodness! There are exciting, chaotic, troubled times ahead.