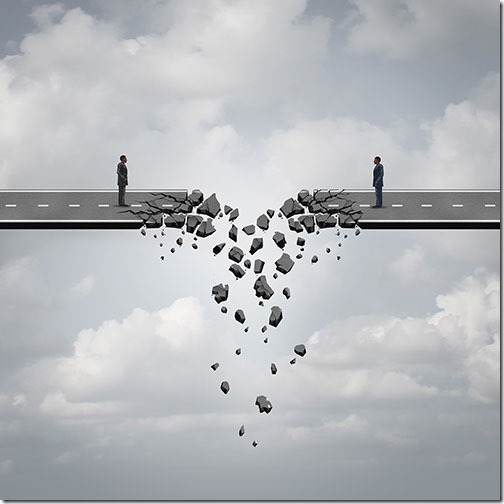 Microsoft made two big announcements this week at an education-themed press event. They’re related in a couple of ways. One common element is that Microsoft will fail at both of the new ventures it announced. I think each one is deeply flawed.

•  Microsoft will soon release Windows 10 S,  a new version of Windows 10. It is based on Windows 10 Pro but limited in important ways to improve security and performance and extend battery life. The most important limitation: Windows S can only run programs delivered through Microsoft’s app store. Microsoft hopes that everyone will embrace this as the future of Windows – first developers, to populate the Windows app store with the programs we want, and then businesses / schools / consumers, who will be attracted by simplicity, security, and reliability.

It won’t succeed. It’s not the future of Windows.

They won’t sell well. You don’t want one.

I’ll tell you about the Surface Laptops next week. Let’s start with Windows 10 S. We have a lot of ground to cover.

The big picture is well known. Personal computers running Windows were at the center of our technology world for twenty years. They continue to be important tools for businesses, students, creative professionals, and others, but they have started a long decline because many people now prefer to use mobile devices. Microsoft tried and failed to create its own mobile device platform. Now it has several goals:

(1) Extend the life of Windows as long as possible.

(2) Draw business users into its Office 365 ecosystem by constantly adding more integrated services, making it easier to stay in the ecosystem than to use a competing service.

(3) Expand its back-end cloud services for businesses, which have become arguably the most valuable part of the company.

(4) Make money on side businesses like Surface hardware and XBox.

Windows 10 is an excellent OS that helped Microsoft turn around from the Windows 8 disaster, but now it faces a bigger problem. Chromebooks in schools are a mortal threat to the future of Windows. Kids using Chromebooks never become loyal to Windows and never learn reasons to prefer Office programs instead of Google’s online alternatives. If Chromebooks dominate in schools, the decline of Windows will be sharply accelerated in a single generation, far faster than Microsoft is prepared to tolerate.

Windows has some tough structural problems which make it hard to compete with Chromebooks. ChromeOS is simple and lightweight, which makes it run well on low-powered cheap laptops. Google can provide simple and effective management tools to schools because almost nothing is actually on the Chromebook – all the important things happen online. Windows, on the other hand, is relatively heavy and requires more horsepower to deliver the same performance, which makes the computers more expensive and compromises battery life. Far more work is done by Windows on the local machine, making management more difficult and slowing things down. Refreshing the OS for the next student takes seconds on a Chromebook, many minutes and lots of fumbling on a Windows computer.

As I noted last week, Microsoft could have addressed those issues by dramatically simplifying Windows and moving all user information online for easy syncing to different machines. That would have taken serious re-engineering to create a much lighter version of Windows, almost a brand new operating system designed for the modern age.

Microsoft didn’t do that.

Instead, Microsoft took Windows 10 Pro and started chopping out parts of it without actually rewriting very much of the code. The axe fell left and right. Running familiar Windows programs – the ones that you believe are the point of having a Windows computer. Chop! Changing the web browser. Chop! Changing the search engine. Chop!

We’ll come back to the parts that are chopped out, but let’s start with the attractive bits.

Windows 10 S will run better and start faster than regular Windows 10. Performance and battery life will be good enough on cheap laptops.

It will be much more secure. Today, programs running on Windows can do anything to your computer if they can fool you into giving permission. They can destroy the computer, spy on you, or hold all your files for ransom. Apps obtained through the Microsoft store won’t be able to do that.

Microsoft has developed a very compelling set of programs and tools for educators and students. Windows 10 S will be able to run the full versions of Word, Excel, and Powerpoint, which will be packaged up so they can be installed through the Microsoft app store. OneNote has classroom add-ins that make it flexible and useful. Classrooms will also have access to other integrated Office 365 services, including the new Teams app for group chats, as well as generous amounts of OneDrive space and other goodies.

Microsoft has opened up its app store to traditional Windows programs, if developers do a relatively small amount of work to create a special wrapper for them. (It’s the “Centennial” bridge that essentially virtualizes the programs so they can run in a container – more or less a modernized version of App-V. Wait! Come back! I won’t do that again, I promise.)

On school laptops, Microsoft will include a special version of Minecraft with extra education and coding treats. Don’t underestimate that. Minecraft is a big deal.

Microsoft has strong online tools for educators to manage their groups and their laptops.

It’s quite a good package. Educators will look at it long and hard. Some of them will buy into Microsoft’s vision.

You can’t install Chrome on Windows 10 S. Google is not going to make it available through the Microsoft app store. (It hasn’t said so but you’re dreaming if you think that will happen.) You won’t have access to Chrome extensions that you might be using now to make Chrome work for you. If you’re using Chrome on another computer or your phone, your Windows 10 S laptop won’t have your bookmarks. You won’t be able to access the list of tabs you had open on your other devices.

Edge is the default browser in Windows 10 S. It’s likely to be the only browser available but even if, say, Firefox becomes available through the app store, Microsoft says it won’t let you change the default. Edge will still be your browser.

Do you know Edge? It’s the browser in Windows 10 that you’re not using. There are good reasons you’re not using it. It’s not designed very well, it’s got serious limitations, and nobody is writing extensions to make it work better.

You can’t use Google as your default search engine in Windows 10 S. It’s Bing. Microsoft says it’s inflexible about this. If you use a Windows 10 S laptop, online searches will be done by Bing. Sure, you can go to www.google.com and do a search, but a search in the browser address bar or anywhere else will be handled by Bing. Have you used Bing lately? Really, you should try it. I find it to be a horrible experience that makes me feel dead inside, scrolling past endless ads to get far worse results than a Google search, but maybe that’s just my bad attitude. Maybe you’ll like it.

Nah, I’m just kidding. You won’t like it. You’ll want to do Google searches.

Some of those programs will be packaged up and made available through the Microsoft app store. Maybe. Eventually.

The limitations of Chromebooks are an advantage. They’re cheap and you don’t understand them very well but you kind of vaguely know that Chromebooks are basically just a dressed-up web browser and you’ll fire it up with low expectations.

Windows 10 S has similar limitations but they’re a disadvantage because you approach Windows with certain expectations built from years of experience. Windows 10 S will disappoint you.

Schools will find that Windows 10 S is slightly better than traditional Windows but nowhere near as easy to administer as Chromebooks. Microsoft described how easily a teacher could take a specially prepared USB stick around to each computer individually to refresh it with customized settings. Microsoft seriously presented that as a strength. Picture that in your mind! Ask a teacher how that would work in a classroom! That’s not a strength, it’s a nightmare scenario.

The dilemma of the two cheap laptops on a shelf

Imagine you are a fully informed educator. You are standing in front of a display with two laptops.

On the right is a Chromebook. For fairness, let’s say it also costs $299.

The Windows 10 S laptop performs pretty well. Good battery life. Starts up fast. Pretty easy to refresh for the next student. Lots of good tools and programs, including some that are better than the Chromebook online equivalents.

The Chromebook performs better. Better battery life. Starts up faster. Far easier to refresh for the next student.

The scale is already tipping toward the Chromebook, but now you have to deal with the overarching question.

The Chromebook attaches to Google’s ecosystem. Chrome runs on it, along with everything in the rich world of Chrome extensions. Searches are done by Google. Google’s lightning fast services are a click away – mail, online files, good enough word processing and spreadsheets and presentations.

The Windows 10 S laptop attaches to Microsoft’s ecosystem. Say goodbye to Chrome, say hello to Edge. Extensions? Not now, maybe someday, if Microsoft’s dreams come true. (They won’t.) Files in OneDrive and Microsoft’s other services are also a click away but they run slowly compared to Google’s online apps and they have confusing bits and somehow they don’t engender the same loyalty.

Which one do you choose for your school?

Now imagine that you’re a typical consumer who’s not fully informed. You’re in the store. A Windows laptop for $299! Cool! You reach for  it and take it home and you go to install Chrome, which is the first thing everyone does with a Windows laptop, and you get an error message about “non-Windows Store apps”. Your very first emotion about the new laptop is frustration. Then you discover that you can upgrade the entire operating system to Windows 10 Pro but it costs another $49 that you weren’t expecting. Your second emotion is anger. If you invest the money and upgrade to Windows 10 Pro, you discover that cheap Windows laptops do a terrible job of running Windows, just like always. Your third emotion is return policy. Well, that’s not an emotion but you get the idea.

Next: a look at the Surface Laptop, the prettiest failure of 2017.