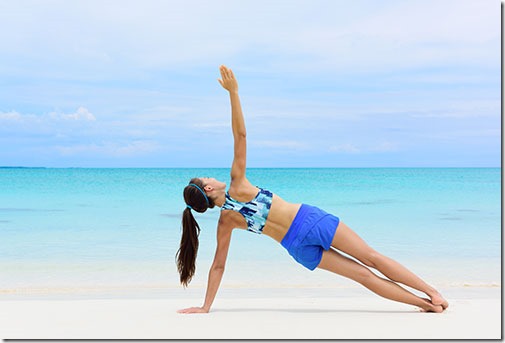 Nothing will stand still in 2018. You’ll be bombarded with new technology and more jargon. As always, some of the changes will be useful advances that will make your life better, and some of them will . . . not.

We’re going to start the year with a look at some familiar technology that will be changing in unexpected ways in 2018. No details, I promise! It’s a new year. I’m starting with a geeky one because I know you’re not really paying attention yet. If your eyes glaze over on this one, stay tuned for some articles coming up about home assistants and the latest wifi devices and always connected PCs.

Intel processors are getting more cores. More cores! I know you’re quivering with excitement at the thought. They’ll be enthusiastically advertised with the usual overtones that are meant to make you feel inadequate if you don’t have as many cores as your neighbor.

Don’t worry about what it means yet. Let’s jump to the thrilling conclusion, then I’ll tell you a bit of the history and give you a preview of the upcoming year of multi-core processors.

How many cores do you need for the processor in your next computer?

If you are a non-technical business person, a dual-core processor will meet all of your needs for the foreseeable future. You can get a quad-core processor if you don’t mind spending the extra money and want to feel like you’ve future-proofed your computer, but you probably won’t notice the difference.

You may benefit from a processor with four or more cores (six or eight core processors will be coming on the market this year) if your computer use falls in one or more of these categories.

In addition, you might see performance improvements if you routinely run dozens of programs simultaneously, or if you are the kind of Excel user who runs pivot tables on spreadsheets with hundreds of thousands of rows.

And finally, this advice is only for individuals. There are different considerations for servers and virtual machine hosts.

My recommendation in 2018 for a well-equipped business computer will be an Intel eighth generation quad-core Core i5 processor.

The story of multi-core processors

Intel’s first processors could do one thing at a time. (More or less. I’m striving for simplicity here.) Computers got better in the early days because Intel made the processors work faster.

At some point, though, it became difficult to make a single processor go faster. There were some physical limitations and it became hard to cool them effectively.

Around ten years ago, Intel introduced the first personal computer processor with two cores, capable of doing two things at the same time. It makes sense, right? The processor might be handling data at the same speed but it feels faster because it can, say, run a word processor in one core while it’s doing a virus scan with the other core.

Sounds great, right? And it is great. You’ve almost certainly been running a dual-core processor in your computers for the last few years.

But there are some natural limits to that process. A computer with a quad-core processor doesn’t run twice as fast as a computer with a dual-core processor. It doesn’t work like that. In fact, unless you’re running programs in one of those narrow categories, you might not get any performance increase whatsoever from a processor with more cores.

The reasons are geeky. Like, the kind of geeky that’s beyond your wildest dreams of geeky. Interested? This article has a very basic overview of threading and clock speeds. You can dive into very deep water from there.

The result is that non-technical business users will get all the power they need from a dual-core processor. Only power users in the categories listed above will get any benefit from more cores.

Wow, that’s dull. Why are you telling us this?

Intel (and its competitor AMD) will be releasing new high performance CPUs continuously through 2018. Computer manufacturers will refer to the new processors in their marketing, and at some point you’ll be expected to make a decision about the processor when you’re configuring your next purchase. This is the kind of headline that’s been appearing in the tech press for the last few months. The same kind of hype will make its way to non-tech sites as manufacturers ramp up their 2018 marketing. Non-technical people shopping for technology are overwhelmed by the jargon and we are trained to believe that bigger numbers must be better, so it will be easy to conclude that a six-core or eight-core processor must be “better.” This will be one of the rare times that I’ll be able to advise you to step back and save a few dollars.

For the last couple of years, I’ve advised businesses to buy Core i5 processors for their basic office computers. We haven’t worried much about the model of processor or how many cores it has. That’s still good advice, but we’ll look a little deeper at the details in 2018.

Intel refers to “generations” of processors. Its current eighth generation CPUs have genuine improvements in performance and battery life. But Intel is also pushing its boundaries in ways that only matter to gamers and power users, with six-core processors already on the market and eight-core processors expected before the end of the year. (Not to mention a Core i9 processor at some point, which takes things seriously over the top.)

The marketing term to file away is “Intel eighth-generation processor.” Intel introduced the first of its eighth-generation processors last summer and will introduce many more in 2018, until it has released new processors for all the types of computers on the market. Focusing on “eighth-generation” is about the best you can do, because Intel’s lineup is dizzying and nothing about its branding makes sense. Chips for thin laptops, chips for heavy-duty laptops, chips for gaming desktops, chips with improved integrated graphics, a blur of marketing speak and overlapping names and numbers that cannot be compared. If you remember when you could judge a processor by its clock speed – well, put those memories behind you because that’s become a meaningless comparison for anyone but Intel engineers.

And if you’re shopping for a discount, Intel’s seventh-generation processors are quite nice and would suit most people nicely. It’s always nice to get the latest and greatest, but I’m not sure I believe in the “once-in-a-decade” hype.

The best part is that 2018 is going to be a quiet year for processors. Intel’s got a bigger generational shift in the pipeline for 2019, when we’ll have new code names and new architectures and new marketing pitches. Along with the rest of the hype, expect to see subtle or not-so-subtle pitches in 2019 to replace all your computers with new ones to get processors that are not vulnerable to the Meltdown and Spectre bugs.

You’ve got those seatbelts buckled, right?