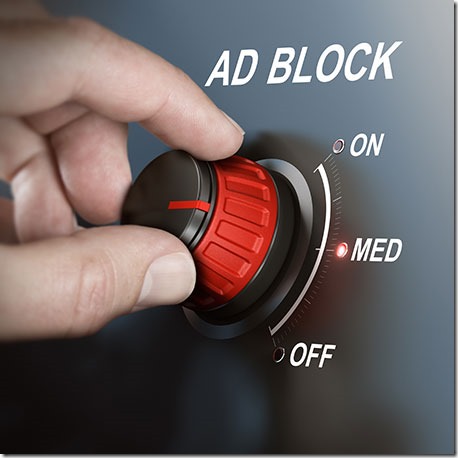 Google has updated Chrome so it will block ads on some websites if the ads violate standards established by the Coalition For Better Ads. Google and Facebook are members of the Coalition. Google and Facebook are also the two companies that profit the most from web advertising, controlling almost 75% of all digital advertising in the United States.

You’re probably thinking to yourself, Whoa! That is so generous of Google to block the very ads that provide the bulk of the company’s profits.

It’s true that Chrome will block ads from some obnoxious sites that abuse us with full-page and pop-up ads, that auto-play videos with sound, and that block content until a countdown runs down on an ad. If a site fails Google’s check, Chrome will block all ads from that site on both desktop and mobile devices. Here’s Google’s statement about the ad-block details.

But the effect may not be very dramatic. In fact, you might not notice any difference.

Sites that would be subject to filtering have been notified and have 30 days to adjust their sites to avoid having ads blocked. As you might expect, most sites have been quick to update their sites and come into compliance; the threat of losing all ad revenue from everyone using Chrome is very serious. Google gets full marks for improving the web. It didn’t have to do that and anything that blocks auto-play videos is welcome in my house.

Wired got Google to admit, though, that fewer than one percent of the top 100,000  most popular sites in North America and Europe violate the guidelines that Google uses to decide whether to filter ads. In other words, other than the very worst offenders, the web that you see today will still be the same one that you see tomorrow. Google’s ad blocker will not change things very much.

Google’s real aim is to discourage you from installing a more comprehensive ad-blocker. As the New York Times puts it: “Google is betting that ridding the web of especially intrusive ads will render it more hospitable to advertising in general – and more profitable for advertisers and Google itself.”

Consider this a reminder, then, that uBlock Origin is a wonderful free ad-blocker for anyone using Chrome on a Windows PC. It’s easy to install and requires no maintenance. A single click disables the block on websites when that’s necessary. Install it, forget about it, and the web becomes a calmer and more peaceful place. Highly recommended.

Three things to know about ad-blocking.

•  Choose uBlock Origin. It’s not the same as plain “uBlock.” There was a spat a few years ago, the divorcing couple don’t get along, and as near as I can tell, uBlock Origin is the one we still want to be friends with.

•  There are other ad-blockers, of course, but not all of them are as effective as you might think. One of the most popular ones, AdBlock Plus, makes money by accepting payments from major advertisers to white-list them and not block their ads. Google pays AdBlock Plus to be white-listed, so you’ll still see ads from Google’s ad network if you run AdBlock Plus.

•  There is an ethical issue when you use an ad-blocker: you’re depriving websites of revenue they likely need to survive. I wrote an article about ad-blocking and the death of the Internet a few years ago, if you’re the kind of person who thinks about that sort of thing.

May all your surfing be peaceful and your videos never auto-play.