All Your Loyalties Are Belong To Us: How Technology Companies Lure Us Into Walled Gardens 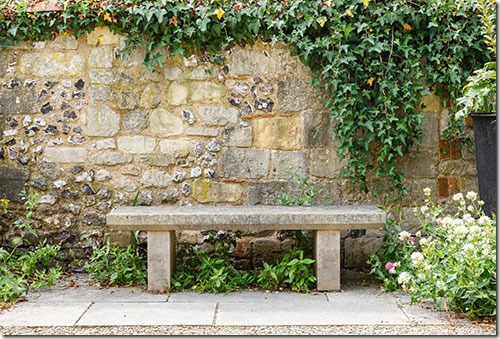 Five giant technology companies have set up walled gardens full of shiny devices and enticing services. All of us live in their gardens. We’re not completely locked in. We move from one walled garden to another, but each company hopes to keep you within its garden by making its services and devices work better if you stay in its embrace.

“Walled gardens” and “ecosystems” are terms for the business strategies used by big technology companies to control the hardware, software, services, and media that you can use most easily. Each of the huge technology companies create incentives for you to stay on their platform, making it less convenient or impossible to use applications or content from the other companies. I’ll give you lots of examples before we’re done.

The companies: Google, Apple, Amazon, Microsoft, and – can you guess the fifth? Spoiler: it’s Samsung. It’s kind of the runty loser that tags along trying to be as cool as the big kids, jumping up and down and waving its hand to get our attention. We’ll talk about it later and give it a Participation Trophy.

Each company is trying to gain your loyalty, and who knows, maybe even your enthusiastic support. The companies will tell you that your life will be richer if you stick with them because everything will work seamlessly together. Non-believers will tell you that the big companies are removing flexibility and choice by constantly creating proprietary interfaces to lock us into their ecosystems.

I’ve got some interesting things to tell you about each of the companies and their efforts to gain control of your hearts and minds and wallets. There are no tips in the next few articles – no buying advice, no solutions to bugs, no action items. This is an overview of an aspect of our world that you might not have noticed, with some specifics about where each company fits in the market and how they’re trying to lure you further into their ecosystems.

Let’s start with some specific examples, so you can see how this works.

•  Headphones  Apple removed the headphone jack from iPhones, a move quickly followed by Google on its Pixel phones. Each company has a long story about why removing the jack was a good idea – making the phone thinner, encouraging you to buy Bluetooth headsets, lots more talking points. But it’s no accident that each company released proprietary headphones – Apple AirPods and Google Pixel Buds – that have platform-specific features. If you have AirPods, you are going to be more likely to replace your phone with another iPhone – and vice versa.

•  Messaging  If you have a long memory, you recall the bad days when there were too many incompatible instant messaging programs for computers. It is so much worse now! Apple will not permit iMessage to work on anything other than iPhones. Google has far too many messaging platforms all by itself. When you add Facebook, WhatsApp, and all the rest, it’s obvious that we are in some kind of global messaging hell. It’s possible to imagine a world where the big companies cooperated on a messaging standard that would help people talk to each other across platforms. That is not the world we live in. Again, to use Apple as the example: once you and your friends are committed to iMessage, you are much more likely to stick with an iPhone when it’s time to upgrade.

•  Home assistants  Each company has speakers for your home – Amazon Echo, Google Home, and Apple HomePod are the best known. Each one has its own set of skills and each one has some advantages when you use it with other devices on the same platform. Each company makes sure that its devices feature lots of proprietary techology that isn’t available to the others; the effect of that is that none of the assistants support all of the other services in the world (for music streaming, say), and none of them support all of the home automation platforms.

The proprietary walled gardens set up by the big companies have been particularly destructive to home automation – the “Internet of Things,” the gadgets that are supposed to be controlling our lights and thermostats and garage door openers. At one time we imagined a Tomorrowland house that would do our bidding with a nod and a wave and a word. Instead lock-in has been taken to an extreme where each manufacturer creates a separate communication channel – separate apps that have to be integrated into home assistants, separate hubs for each type of device, a hopeless nightmare of conflicting “standards.” Every non-technical person is well advised to stay far away. Again, the big companies could have given up a little bit of control and cooperated on pushing standards that individual device makers would have been incentivized to adopt. They couldn’t do it. We’re left with a mess and Tomorrowland gets further away.

There is nothing new about big companies pushing proprietary platforms to the detriment of consumers. In the late 1970s, consumers suffered while media giants fought about VHS and Betamax formats for videocassettes. From 2006 to 2008, we endured a similar battle over whether Blu-Ray or HD DVD would be used on the next generation of movie discs.

And we’re actually in a similar battle today, because the tech companies want to be the ones that control your video and music. It’s lucrative and your choice locks you into their platform very effectively. Apple is trying hard to compete with Spotify for music. Amazon is in a pitched battle with Netflix for video. Google is trying to cut in on both of them with Google Play Music and YouTube Premium. Microsoft tried valiantly and only recently gave up trying to sell you music and movies. The one area that is mostly untouched is books, because Amazon locked it up so early and so decisively – but that doesn’t stop Apple from trying to sell you books that you can only read on Apple devices. Google sells books. Did you know Microsoft sells books that you can only read in the Edge browser?

When I first wrote about walled gardens six years ago, the landscape was different. Apple, Google and Microsoft believed the synergy between computers, tablets, and phones would be the crucial factor driving our loyalty and our buying decisions. Instead, we bought phones without giving much consideration to our other devices. And over time tablets and especially computers became less important and less likely to be a consideration that locked us into a platform. The companies have adjusted their tactics for a different market.

All of us will participate in several of these ecosystems, perhaps all of them. They are direct competitors in some areas but have carved out niches in which each can succeed without the need to crush all of the others. But (1) new competitors will not be allowed to succeed, and (2) at the moment the giant tech companies have no incentive to cooperate or set up standards, especially in home automation.

In the next few articles, I’ll point out a few specific things about each company and how it is trying to lock you into its hardware and services. The companies have different incentives and different strategies. Let’s take a look, eh?