The Apple Ecosystem: Life Behind The Greatest Wall 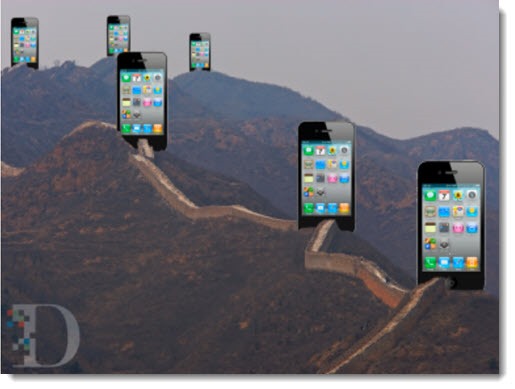 Apple is a company that sells premium smartphones with very high profit margins. Its incentives are all tied to profits from selling iPhones.

The other products, the iPads and Macs and the rest, are all swell businesses that generate lovely profits. They help reward Apple faithful and lock in users. Make no mistake, though: in 2018, Apple’s single-minded goal is to increase iPhone sales. iPhones so dominate revenues and profits that everything else – Macs, iPads, watches, services – can fairly be said to be nothing more than bit players in supporting roles, helping ensure that phone sales stay strong by increasing loyalty to the brand.

Apple is the world’s most valuable company, the first company to have a market value of over one trillion dollars. That is extraordinary, of course, but there are two other statistics that are even more striking.

•  According to a recent survey, over 80% of U.S. teenagers own an iPhone. An even higher percentage said that their next phone would be an iPhone. This is an amazing statistic. I had no idea.

•  The U.S. phone market is roughly split 50/50 between iPhones and Android phones, but far more cheap Android phones are sold in the rest of the world. Apple sells less than 15% of smartphones worldwide. But Apple captures 90% of all smartphone profits worldwide. It is literally the only company making any significant amount of money from selling phones. Every other manufacturer – Samsung, Huawei, Google – squabbles over the scraps left on the table after Apple eats all the profits.

Apple must keep selling new phones. In 2018 the entire edifice is built on that flow of new phones. To do that, Apple has built incredible customer loyalty by bringing customers into its ecosystem, a garden with higher walls than any other company in America. It is a seductive place, with each element carefully calibrated to draw you in and turn you into a happy, willing repeat customer who buys iPhones over and over and over. Apple uses some of the same tactics as Amazon, Google and Microsoft to keep users in the Apple walled garden, but those other companies all have different incentives, as we shall see, and Apple has some unique tactical advantages.

The elements of the Apple ecosystem: (1) a reputation for creativity which makes it seem worthwhile to upgrade frequently; (2) a perception of premium status that elevates each iPhone owner; and (3) exclusive devices and services that work best (or only) with other Apple products.

Reputation for creativity  Apple’s reputation for creativity is the result of a trio of products: the iPod in 2001; the iPhone in 2007; and the iPad in 2010. Three devices in a row that consumers had not realized they wanted, executed brilliantly, with style and elegance, each one seemingly creating a new market out of thin air. There has never been anything like it. Steve Jobs had set the stage before that with the successful redesign of Mac computers but this sequence of devices was unprecedented.

It also has not been repeated. Tim Cook has managed Apple’s supply chain brilliantly and has kept Apple on course to its current dizzying market heights, but he has not found a fourth device to change the world. It is not for lack of trying! In their dreams, the Apple Watch was meant to have world-shaking impact. Apple has been trying to find a way to transform our living rooms and cars, so far without much success, and Apple continues to work on new ventures, hoping that something will set the world on fire.

It’s obvious that Apple is under no pressure to release a new world-changing device. A trillion dollars, remember?

But the flow of new products has another purpose: they enhance Apple’s reputation for creativity, even if they’re unsuccessful. Consumers have the impression that Apple is always innovating, even when the innovations are not very innovative or the products don’t work very well. At this point everything Apple does enhances the brand, and brand loyalty is the point.

The other products create a halo which helps Apple convince users to upgrade iPhones frequently, even when the upgraded models are not significantly different than previous models, even when the upgrades take the phones over a thousand dollars. Apple’s customers want the latest and greatest, not because they study the feature lists, but because they trust Apple to keep bringing them cool new stuff.

Perception of premium status  It is a truism that people buy iPhones because it permits them to feel like they own a luxury item, maybe their only luxury item.

Apple was the first phone manufacturer to push the price of a new phone above a thousand dollars with the iPhone X – and people bought them in droves, far beyond analyst estimates.

Apple has not released cheap iPhones or made any attempt to compete with Android for volume sales of low-end phones. (The iPhone 5C was the sole exception, a less expensive iPhone with a plastic body. Consumers ignored it and bought the more expensive iPhone 5S, specifically because the whole point of owning an iPhone is to feel like you own a premium product. Apple quickly abandoned the iPhone 5C and never went back to the low end of the market.)

Apple reinforces its premium message every time it opens a flagship store full of light and space and architectural flair. Its packaging exudes luxury and good taste. It extends even to Apple apps – iMessage users are not quite joking when they put down green Android bubbles as if they are somehow low class.

It’s no mistake that the Apple Watch was released in a $10,000-$17,000 18-karat gold edition with high end bands stored in special safes in the stores, as well as being displayed in art galleries and exclusive jewelry stores. The small number of people who bought the gold Apple Watch were obviously buying status. But more importantly, the expensive Apple Watches burnished Apple’s reputation as a luxury brand. Everyone buying an iPhone takes advantage of that perception.

Exclusive devices and services  Finally, we turn to the traditional definition of the “Apple ecosystem”: the devices and services that tie together and create a unified experience for Apple users. Interestingly, this is where Apple has been falling behind. As I describe a few things that aren’t going smoothly, though, remember that none of it matters as long as Apple keeps selling more iPhones. A trillion dollars!

Apple has locked down the iPhone platform aggressively. There are apps that work better or exclusively for iPhone users, like iMessage and FaceTime. If all your friends use iMessage and Facetime, your next phone will be an iPhone. Apple’s AirPods are a hit, in part because of their tight integration with the iPhone. Apple will not allow defaults to be changed, so users have to go through an extra step to use Chrome or Google Maps or Spotify.

But then there are the services, many of which are unimpressive and which have some structural problems. You’d expect the most valuable company in the world to be best in services but Apple has not treated them as more than an adjunct to its hardware.

iCloud handles phone backups very efficiently, making it easy to switch phones. But iCloud does a terrible job with some of its other features, or doesn’t even try. For example, Apple backs up photos to iCloud but does nothing interesting with them other than making them appear on the next phone. It is embarrassing to compare iCloud photos and Google Photos. Apple has completely avoided the concept of using iCloud for syncing files or photos, leaving the market to Dropbox, Google, Box and Microsoft.

There is little synergy between iPhones and iPads, on the one hand, and Macs, on the other hand. Apple’s superstitious avoidance of touchscreens on Macs makes it effectively impossible to bring apps from the Apple App Store to Macs.

Then there’s Siri. Siri is a mess.

Amazon and Google are putting their voice assistants at the center of their ecosystems. Apple acts as if it would like to do the same thing but is lagging far behind, farther all the time. Siri is not a joke, but if you use it as the punchline in a joke, everyone will think it’s funny. You try not to use Siri for anything other than the basics, right? Apple released its odd, expensive home speaker, the HomePod, and calls it a “smart speaker,” but it was forced to lower expectations because Siri is terrible on the HomePod.

Siri has reportedly suffered from development and management problems, but Apple has a deeper problem with it.

Apple has fought for your privacy. Your phone is encrypted in a way that Apple cannot break through. Apple scrupulously avoids any data that it could collect about your use of the phone. It doesn’t scan your mail for advertising. It doesn’t track your movements. It doesn’t send your voice commands to be processed online. It doesn’t analyze your photos.

These are noble acts. They’re also a structural problem for Apple and an important reason that Siri is falling behind.

Apple is increasingly handicapped by its failure to bring data back to its servers for processing. Basically Apple is shut out of the advances that AI allows because it doesn’t have any data to work with. It has much less of an ability to personalize your experience because it doesn’t have any data about you. Apple spins it as “privacy,” which is true but leaves a huge opening for Google.

Google’s message is, “We have your data but we will handle it responsibly; trust us and we will give you Google Assistant and Lens and Google Photos and make phone calls for you and more things to come that will be better than you can even imagine.” That’s a good message. If Google keeps executing, the gap between Google services and Siri will widen.

Apple’s walled garden is remarkably effective. Customers are loyal and they keep buying iPhones. Next we’ll look at Google and Amazon, which don’t compete directly with Apple – and yet each has found their own ways to create customer loyalty and their own ways to generate huge profits.