I’m trying to get my thoughts in order for a couple of long articles about how to think about privacy in our world of surveillance by giant tech companies. That’s not quite ready yet. Now, now, don’t be disappointed, get a grip on yourself – it won’t be long before you have a chance to read four or five thousand words about things that I’m poorly qualified to talk about, and won’t that be fun?

In the meantime, here are some news items that came across my desk recently about Wi-Fi mesh networking, a new approach to using Dragon for dictation, the latest cybersecurity report from David Sanger, and the changing conversation about climate change.

The day after I published an article about Wi-Fi mesh networking, Amazon announced that it is acquiring Eero, the company that launched the new generation of Wi-Fi routers.

Amazon and Google are battling for control of our connected homes, as we begin to experiment with smart lightbulbs, security systems, thermostats, and connected TVs. Some of the new devices will work with both platforms, Amazon Echo and Google Home, but each company will be taking steps big and small to lock you into their ecosystem.

Google does not have a strong retail presence. That’s one of the things that has held back acceptance of its Pixel phones and leaves Google at a disadvantage in the market for these new home automation devices. Amazon, on the other hand, will soon be able to promote Eeros on its home page, and almost certainly will come up with inventive ways to embed the technology in a variety of devices that work best together. It’s easy to imagine that Alexa will be embedded in Eero devices, giving you more places in the house to speak commands to  your smart devices. It might not work the other way around, to have a mesh router built into every Echo, but at the least Amazon will likely be offering bundles at attractive prices to help you get started.

One of Eero’s sales pitches has been its promise not to track your Internet activity, even though the equipment technically could do that – it’s your router, after all. Amazon said it will honor that promise, but it stands to benefit at least from more detailed knowledge of how you use your other smart home devices, which will all be controlled by or reporting in to your Eeros.

Amazon’s promotion of Eeros will elevate public awareness that there is a better way to do home Wi-Fi, even if “mesh networking” doesn’t quite become coffee-house chatter. 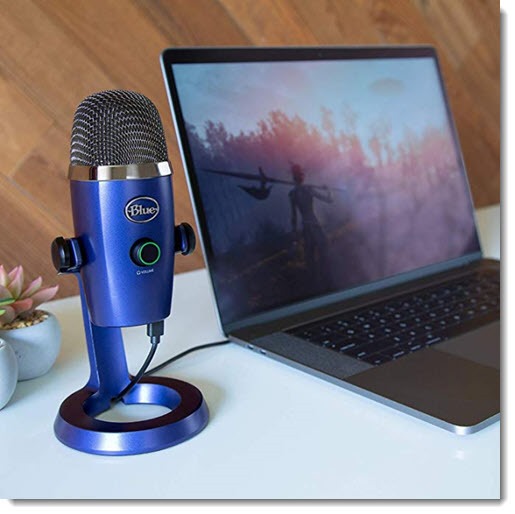 Dragon Professional Individual v.15 is the latest dictation software from Nuance. I’ve been amazed by its accuracy on a computer with a generous amount of memory and a quiet environment. I use Dragon Professional for dictation into emails and Word documents. (It’s just as complicated as ever if you get ambitious and want to have it control your programs and switch browser tabs and the like.)

One of the best things about Dragon is simple and obvious: the microphone can be turned on and off by hitting a key on the keyboard. The default is the enlarged plus key on the right of the keypad on a full-sized keyboard. It may seem obvious but – that only works if the microphone is nearby when you’re ready to dictate. It wasn’t exactly a crisis but I became frustrated with constantly putting a headset microphone on and off, switching to the phone headset when the phone rang and then trying to dictate after the call until I realized I had the wrong headset on. At one time I had a Plantronics headset that could theoretically switch back-and-forth between the phone and the computer, but that required a lot of fumbling and there was no shortage of technical difficulties.

I bought a Blue Yeti Nano desk microphone, and I couldn’t be happier with the results. It’s relatively large on the desk, standing 8 inches tall, connected to the computer with a USB cable. No software was required for set up and it only took a minute to convince Dragon to use it instead of the headset.

It’s so much easier! Hit the toggle, dictate, hit the toggle, take phone calls and wander away. Accuracy is at least as good as my previous Plantronics headset, perhaps better. I have it sitting anywhere from 18-36 inches away from me and it responds to everything with no difficulty. Plus, I think it looks adorable. You can get it in blue, gold, red, or gray, so you can choose the splash of color you want for your desk.

Nuance gives the full-size Blue Yeti its highest accuracy score for desktop microphones. The Blue Yeti Nano has very similar specs in a slightly smaller package. I found some folks online with strong opinions about the superiority of TableMike desktop mikes also rated highly by Nuance, but it was easy to decide because the TableMike microphones are butt ugly.

If you read The Perfect Weapon (or at least my article about it), you know that David Sanger is deeply plugged into the behind the scenes efforts by the United States to sabotage Iran, North Korea, Russia, and China using cyber attacks, just like those other countries are doing to us.

Don’t miss his article from last week about another secret program being accelerated by the Trump White House to sabotage Iran’s missiles and rockets. In this case, instead of using cyber attacks, the US has reportedly been slipping faulty parts and materials into Iran’s aerospace supply chains, which is probably at least one of the reasons that a high percentage of Iranian missile launches have failed. The program started during the George W. Bush administration but had eased until 2017 when Mike Pompeo kicked it into high gear.

Sanger’s article has a wealth of details about the background of the Iranian missile program and our attempts to subvert it. It reads like the first chapter in the sequel to The Perfect Weapon. Fascinating stuff.

Changing the conversation about climate change 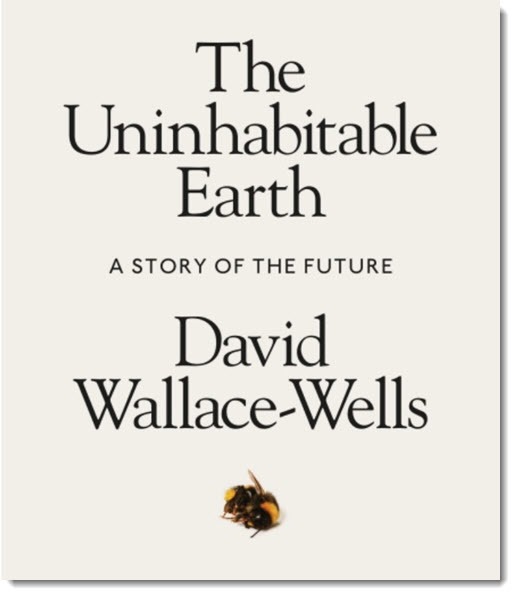 Did you think The Perfect Weapon was scary? A book due next week from David Wallace-Wells about climate change is described by the publisher this way:

“It is worse, much worse, than you think.

“The slowness of climate change is a fairy tale, perhaps as pernicious as the one that says it isn’t happening at all, and if your anxiety about it is dominated by fears of sea-level rise, you are barely scratching the surface of what terrors are possible, even within the lifetime of a teenager today.”

The Uninhabitable Earth promises to be a compelling and terrifying read that describes the reality of what lies ahead from climate change without overstating it or dramatizing it. The New York Times published an article today drawn from the book that gives a preview of what to expect.

Warren Ellis coined the term “abyss gaze” in a novella named “Normal,” which tells the story of futurists who suffer nervous breakdowns after gazing into the abyss – discovering that there is no hope for humanity as a result of the trends in whatever area they study. I don’t want you to have a nervous breakdown but a sober understanding of climate change leads inexorably to that state of mind. At a recent United Nations conference, David Attenborough put it this way: “If we don’t take action, the collapse of our civilizations and the extinction of much of the natural world is on the horizon.”

Individual action is fine and salves our consciences but it’s also fairly meaningless, given the scope of the problem. Only laws and policies to sharply reduce emissions from our energy systems, building and transportation infrastructure, and food production will make any significant impact, and it requires work in politics to accomplish that. The interesting change in the last few months is that the conversation is shifting to include a more open discussion of the kinds of extreme responses to climate change that might make a difference. Politicians and scientists are more openly sounding the alarm and beginning more realistic conversations about the looming catastrophe, with proposals that range from the complete reorganization of the world economy to more concrete plans that stand a chance of actually being enacted.

Liberal Democrats have proposed the Green New Deal to reorganize the American economy around clean energy and renewable prosperity. The plan is being widely ridiculed as overreaching and impossible to implement but that’s not really the point. The point of it is to expand the range of the conversation – to join a rising chorus of politicians and scientists who want this problem to be taken seriously and who are ready to begin negotiations across a wide range of possibilities. Our conversation has been too timid for too long for fear of being ridiculed by politicians and interest groups all too often funded by the powerful oil and gas lobby. It’s time to get past that.

Farhad Manjoo had a fun insight in an article about Wallace-Wells’ book: let’s pretend that climate change has been caused by aliens from outer space attacking the earth! “Even for people who do believe in global warming, pretending that aliens are attacking the earth accomplishes a neat mental trick. It helps to frame the scope of the threat — civilizational, planet-encompassing — while also suggesting how we might respond: immediately, collectively and for as long as it takes.”

I’ve preordered The Uninhabitable Earth. Being well-informed is scary but it’s time to deal with our fear and start to move forward before time runs out.