Fond Memories Of Patch Tuesday, And Other Windows Update Laments 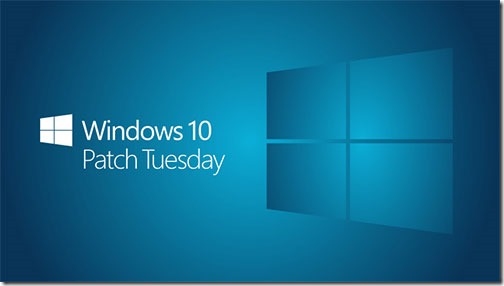 Once upon a time, O my children, Microsoft had a predictable date for installing updates to Windows, and lo, we called it “Patch Tuesday.” Once a month (well, sometimes twice), we would wake up on Wednesday morning and our computers would have restarted, and we would bellow and curse and rend our garments and then we would resume work because it was, after all, Wednesday, and we understood nothing but at least we knew that Tuesday was ordained to be the day on which updates would be delivered.

Those were simpler times, best beloved, and oh how we miss them, now that we are exposed to random updates that restart our computers unpredictably but always at the worst possible time!

The familiar security and driver updates and patches are now occasionally delivered on Tuesday out of nostalgia but more often show up whenever a Microsoft engineer is bored and wants to cause trouble by pushing the Update Now button. Microsoft released updates to Windows and Office on eleven separate days in April 2018. I have no idea when updates will appear that require a restart but it’s obviously more than once a month, and seldom on Tuesday.

This is just Microsoft bashing and a history lesson. You don’t have to do anything. There are many things to worry about in the world today; I wouldn’t obsess over this one.

We were told that Windows 10 was the last version of Windows and it would last forever, say amen! We could not have foreseen twice-yearly “feature updates” that are thinly-disguised new versions of Windows, capable of disrupting our work for hours during installation and all too often bringing unwanted problems and side effects. In the name of “Windows As A Service,” Microsoft’s engineers devised a wicked and clever scheme that resulted in multiple versions of Windows 10 in simultaneous release (1709 and 1803 and 1809 and soon 1903), each of which requires separate and possibly incompatible patches and updates.

Veteran Microsoft journalist Paul Thurrott put it this way recently: “There are now more supported Windows versions out in the world than at any time in history. Microsoft showed itself to be incapable of reliably deploying a single Windows 10 version in 2018. Now it’s working on three new versions, all of which will land in the next year or so.”

The next “feature update” to Windows 10 is being finalized now, called the Windows 10 May 2019 Update because Microsoft has a rich sense of irony and knows that the one time you can be absolutely assured you will not get it is in May 2019.

Let’s do a quick review.

In the summer of 2016, the rollout of the “Anniversary Update,” the first major update to Windows 10, went so badly – crashed computers, dead devices, painful delays to install the update at inconvenient times – that Microsoft dramatically slowed the rollout as it searched out bugs and incompatibilities. It took almost four months before most computers had received the version 1607 update.

The next couple of updates were rolled out ever so slowly but at least with no headlines about bluescreens. Slowly! Months after the supposed release of the “Creators Update” in April 2017, half the computers in the world had not gotten the update, including many of Microsoft’s Surface laptops.

The April 2018 update was a disaster. Microsoft was forced to officially acknowledge that some devices may hang or freeze when using Google Chrome after installing the April 2018 update. Reddit users compiled a long list of programs that might freeze after the April update is installed, including Outlook, Word, Firefox, Spotify, and many more. There were reports of disk partitions getting scrambled, new drive letters appearing out of nowhere, lockups of Alienware desktops and laptops, problems with server connector software, PowerShell problems, and more.

Microsoft increased the fear factor by installing the problematic update automatically and immediately if we clicked on “Check for updates,” regardless of whether the computer passed the telemetry checks that would certify the update was safe to install. A year ago I had to warn everyone not to click the scary button.

But really, nothing compares to last fall’s debacle. The Windows 10 October 2018 update (version 1809) was so poorly designed that Microsoft was forced to withdraw it when it turned out in some cases to be deleting user files, the worst sin imaginable. There were a myriad of other bugs and problems caused by the update; after the update was withdrawn, Microsoft went silent for weeks about what would happen next. Eventually the update was re-released but only to a small number of computers. There’s a good chance that you don’t have it yet. (You’re not missing anything.)

Businesses are naturally conservative about installing major Windows updates; Microsoft has a special track for declaring Windows updates to be stable enough for its enterprise customers. The October 2018 update was finally declared to be ready for business deployment two weeks ago, five months after it was supposedly released, and only a few weeks before yet another major update is scheduled to be released.

Even that understates the embarrassment for Microsoft. These twice-yearly updates are meant to be shining moments for Microsoft, fulfilling the vision of Windows As A Service, a nonstop stream of updates to keep the Windows platform consistent worldwide. Right now we’re in an unprecedented place where the update from five months ago has been installed on barely more than a quarter of the computers in the world. The October 2018 update was so shameful that it appears most computers will never receive it. The latest AdDuplex report said, “It looks more and more likely that Microsoft seems to be giving up on it in favor of upgrading users straight to the next version.”

Microsoft claims that it will proceed ever so carefully to roll out the next major Windows 10 update. The promises appear to be cut and pasted from prior statements. Microsoft has said that every six months for the last four years.

The reality is that Windows is installed on more than a billion computers worldwide, each with its own complex mix of hardware and software, and it has become effectively impossible to change anything about its jerry-rigged structure without breaking something somewhere. There are already anecdotal reports on Twitter of problems with the final version of the May 2019 update.

The update brings fit and finish changes throughout Windows, as always. There is literally not one new feature that is worth mentioning. (Feel free to go through a roundup of the changes and see if you spot anything thrilling.)

The process of installing updates is now more important and consequential than the actual updates themselves. A group of UK researchers recently reported that Windows 10 Home users feel that the update process is a significant pain point, with much resentment of unexpected restarts and inconsistent installation times, caused by inappropriate defaults and inadequate notice of pending updates.

I would tell you to be nervous about the May 2019 update, but there is literally no way to know if your computer will receive it in June, July, October, or never. It will be a surprise! Which is part of the problem.

Can I get a hallelujah for updates, brothers and sisters!