Everything You Need To Know About Gaming 2019: Casual & Mobile Games 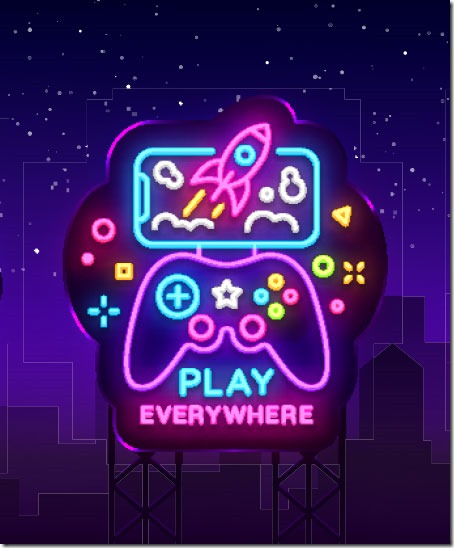 All of the interesting developments in technology in 2019 are happening in the video game industry, a result of new technologies combined with savvy marketing to draw in audiences of all ages, driven by far larger amounts of money than you realize.

Everything else in technology is on autopilot. Very little has changed in the two years since I wrote this in Technology Is Boring: “Our technology world is built around phones, computers, and ecosystems of services and apps. They’re mature. They’re constantly changing in small ways but not in fundamental ways that disrupt the status quo. Big companies are managing them with natural conservatism.”

If you’re over 35, you’re about to skip this article. You think games are for young whippersnappers and certainly not for you. Do me a favor. Keep reading. I’ll give you two words that might make you a gamer later this year in spite of yourself. (Spoiler alert: the two words are “Harry Potter.”) First, though, a few numbers to convince you that this industry is so freaking huge that it’s worth knowing about just to understand the world.

Here are today’s Fun Facts That You Didn’t Know™ :

REVENUE  The video game industry has earned more revenue than the movie and music industries combined, every year for the past eight years.

FORTNITE  Almost everyone has at least heard of Fortnite but even players might underestimate its strength. There are 250 million Fortnite players generating hundreds of millions of dollars for Epic Games every month. Its 2018 revenue of $2.4 billion was the highest annual revenue of any game in history. (And almost four times the 2018 box office revenue for Black Panther, the year’s highest grossing movie.) Fortnite is brilliantly exploiting the new business model for mobile games: it is free to play but offers “in-game purchases” – outfits, tools, even dance moves for the game characters.

ESPORTS  New stadiums are being built in cities around the world specifically for esports, live events attended by a live audience to watch people playing video games. As many as 100 million people worldwide watched online in last winter’s League of Legends championships in South Korea.

Okay, gaming is a big deal but surely not for you, right? Let’s start with the category that will capture players of all ages in 2019. 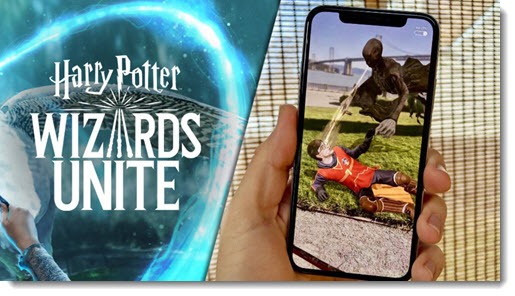 Serious gamers hate to admit how much of an impact casual and mobile gaming has had on the industry. Half of all gaming revenue will come from mobile gaming in 2019. You might not realize it but the gaming category includes the little phone apps you turn to when you’re stuck in a line or have a few minutes to kill – Words With Friends, Sudoku, Angry Birds, Candy Crush, and all the rest.

Maybe you were part of the global obsession with Pokemon Go in the summer of 2016. People all over the world were walking around, holding their phones up to see Pokemon characters overlaid on the real world, walking to PokeStops and frantically flipping their thumbs up and down to capture Pokemon. The summer was filled with reports of crowds and stampedes in New York, Santa Monica, Taipei, and many other cities as players chased rare Pokemon.

It’s one way to experience “augmented reality,” digital information overlaid on top of the real world. It’s the same technology that the TV networks use in football games to paint first down lines on the field. Someday we might have special glasses for augmented scenes in the real world but for now we have to hold up our phones.

Another phone game that uses augmented reality is about to be released, and it might be even bigger than Pokemon Go.

Harry Potter: Wizards Unite will be available to install on your phone for free very soon – perhaps in the next few weeks, almost certainly in the next few months. It’s been in development for years and the beta is currently available to everyone in Australia and New Zealand.

From the press release: “By exploring real-world neighborhoods and cities across the globe, players will go on adventures, learn and cast spells, discover mysterious artifacts, and encounter legendary beasts and iconic characters.”

You’ll choose your house and wand, then walk around in the real world looking for places to overpower magical beasts, duel with dark wizards, find magical objects, and discover the cause of the magical calamity that threatens to expose magic to the muggles.  The game is developed by Niantic, the same company that created Pokemon Go, which will draw on its huge database of real world locations to place Greenhouses to make potions and Fortresses for battles.

If the company gets it right (their track record is good), it will hit a sweet spot, easy and entertaining for people who don’t think of themselves as game players, but deep enough to engage the vast Harry Potter fanbase that will take it very seriously.

Look for crowds of people this summer walking outside staring at their phones, looking for magical beasts and drawing spells on their phone screens. 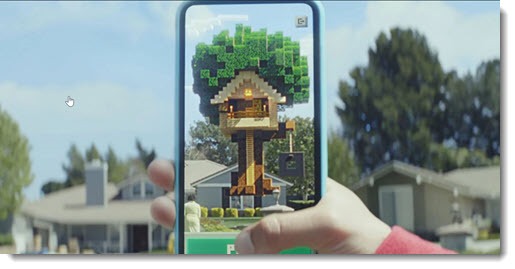 Harry Potter won’t be the only augmented reality phone game to make a big splash this year. Minecraft Earth will roll out in beta later this summer, perhaps appealing primarily to the under-21 crowd – but don’t underestimate the size and power of the Minecraft fanbase. Any parent can tell you about Minecraft’s intense appeal to its demographic. It is the second highest-selling game of all time and continues to be massively popular, with almost 100 million monthly players throughout 2018.

Minecraft Earth will be a free phone app. Players will be able to look through their phone at the real world, and use familiar Minecraft tools and objects to build whatever they want. The buildings will be rooted in the world seen through the phone screen, a castle turret on the house next door, octopus tentacles curled around the school. Theoretically Minecraft structures will be persistent, meaning the castle you build today will still be there tomorrow. I have to assume players will be able to join each other to build together and share what they’ve built.

Minecraft has been around since 2011 and should have passed its prime long ago. Instead it seems to be having a resurgence in 2019. Minecraft Earth may fuel even more excitement, along with a new PC adventure game, Minecraft Dungeons, also scheduled to be released this year.

Augmented reality is a science fiction concept made real. It’s just one of three different parts of the game industry, all of which are shifting and changing this year.

The crowds are drawn to casual and mobile games.

The prestige goes to big-budget games for consoles and PCs. We’ll talk about that next. There’s new technology on the horizon that will disrupt that industry.

The fun is in virtual reality. I can’t wait to tell you about what’s new in VR.

Have fun out there!