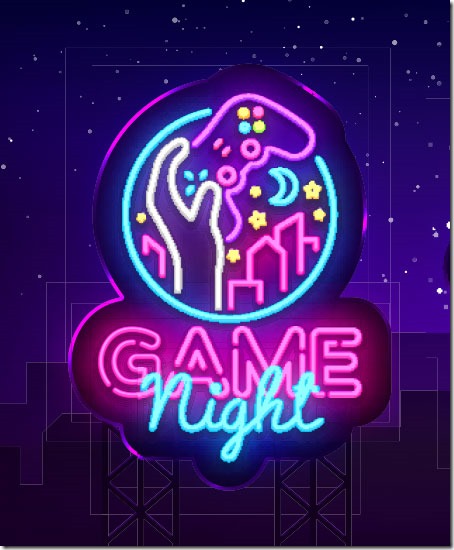 The traditional picture of a “gamer” is someone using a Sony Playstation, Microsoft Xbox, or a powerful PC, playing one of the AAA blockbuster titles that get all the attention and prestige. The console & PC games industry today is like the movie industry: dominated by a relatively small number of big-budget productions from major studios, primarily sequels in longstanding franchises, each one with a big marketing budget. A blockbuster title like the latest Call Of Duty or Battlefield game costs hundreds of millions of dollars to develop over a period of 2-4 years, by teams that often have several hundred programmers and artists.

I’m not going to tell you about any games in particular. The annual PC gaming show E3 just wrapped up in Los Angeles and there are thousands of stories online about all the game announcements. If you’re a gamer, some of them might be deeply meaningful and exciting. If you’re not a gamer, you couldn’t care less.

Instead, after a few words about the hardware that games are played on, I want to call attention to two interesting things to know about the console and PC gaming world – gaming as a communal experience, and the transition to streaming games and Netflix-style subscriptions.

About half the gamers running AAA games use Playstation or Xbox consoles. (At one time that was a rivalry but Playstation 4 left Xbox One sales in the dust.) Today Sony and Microsoft are trying to out-macho each other with specs for the next-generation consoles that are planned for late 2020. If I understand correctly, Playstation 5 will have enough raw power for faster-than-light travel, and the next Xbox, codenamed Project Scarlett, would be the winner in an arena fight against Hulk and Thor.

The other half of the gamers playing big titles use PCs with the most powerful video card that the budget allows. We’ll talk another time about how PCs have evolved into niches of special purpose machines; just know that gaming PCs are built differently than the business PC on your desk running Word and Excel. With only a few exceptions (notably Fortnite), you can’t play AAA game titles on a PC unless the PC was purchased with games in mind – extra memory, powerful processor, and especially a monster Nvidia or AMD video card. It’s a requirement for PC gaming that hasn’t changed in 20 years.

Old-timers might not realize that console and PC gaming is no longer a solitary sport. Most AAA titles these days are multiplayer online games; gamers sit with headphones and microphones talking to other players. It’s as much a social event as it is gameplaying. If you lament that your child is spending all his or her time playing games, stop and listen and see if a conversation is going on. If they’re talking into the air, making fun of each other and commenting on the game and passing time, perhaps that’s an acceptable modern equivalent of getting together with friends at their houses or spending hours on the phone or driving around like an American Graffiti outtake, talking aimlessly about nothing, which is what I remember about growing up.

Tim Sweeney, CEO of Epic Games (Fortnite): “Most people are playing together in squads with their friends, they’re on voice chat. They’re playing a video game, but what they’re really doing is spending time with their friends and chatting all night.” I’ve known people who dive into Fortnite or Call Of Duty and get killed immediately and hang around chatting for the rest of the round because playing the game isn’t really the point.

I spent so many hours playing solo games – text adventures all the way back to Zork in the 80s, first person shooters like Doom & Quake in the 90s, and open-world games like Elder Scrolls Oblivion and Skyrim in the 2000s. My instinct is to consider gaming as a solo activity. It requires a difficult shift in perspective to accept that game-playing kids are just as social as we were when we hung out with friends. It’s different but not necessarily better or worse.

Technology is going to change the gaming industry, starting later this year. High quality games may be accessible to more people for less money.

Not long ago we got games by buying discs sealed in a box. That’s become so uncommon now that mall stalwart GameStop is on the verge of bankruptcy, and Microsoft just released a less expensive Xbox without a disc drive.

Games have gotten bigger and our Internet connections have gotten faster, so today it’s more common to download games directly to consoles or PCs without ever inserting a disc. The games are tied to an account with Microsoft or Sony or Steam or the like, so you can download them again on a different machine if you replace your Playstation/Xbox/computer. The underlying architecture is the same as other computer programs: the game is installed on a hard drive and all the game content is downloaded to that hard drive. The Playstation/Xbox/computer has to be powerful enough to display the graphics and run the game quickly.

The result is that gamers are required to own a console or powerful PC if they want to play the cool games. Playstation and Xbox consoles are not very expensive but for a lot of people they represent a stretch in the budget or they’re out of reach.

Gaming is going to change as we move to streaming and subscriptions. Streaming games from the cloud will allow the same high quality games to be played on almost anything – a Chromebook, a low-end PC, or a phone. Instead of committing to a single game, a monthly subscription will give us the option to choose any game from a large library, just as we now choose a movie from Netflix. The industry has already begun to move towards streaming and subscriptions, and there will be important steps forward later this year – but there are some technical issues that may need time to resolve.

Google just announced an all-new cloud gaming platform, Stadia, and Microsoft will counter with its own cloud game streaming service xCloud, both premiering this fall. The idea is that you will not have to own a console or PC with powerful hardware. Google or Microsoft will run a powerful PC in the cloud for your game, and stream just the video to you on any device you like. The hard work is done by the cloud servers. Google Stadia is designed to run even the most demanding games in a browser on a PC or Chromebook, or thru an inexpensive Chromecast connected to a TV.

Modern games move like lightning and any lag in the response to your frantic clicks and twists is deadly. Cloud streaming has been tried before but wasn’t able to keep up with the fast refreshes necessary to keep up with today’s gamers.

Both Google and Microsoft claim to have dense global networks with fast servers so close to nearly everyone that they can deliver that kind of performance. You’ll need a fast Internet connection for Google’s or Microsoft’s streaming game services, and we will find out in a few months whether the companies are able to deliver satisfying games over home Internet connections. Demos at trade shows are impressive, with no noticeable lag and no difference in the onscreen look to betray that the game is being streamed instead of installed on a local hard drive.

Google is starting from scratch, with no investment in living room consoles, so it promises to be agnostic about the devices you use: a PC, Chromebook, phone, tablet, or your TV with a Chromecast Ultra and whatever controller you have handy (although Google will sell a Stadia controller if you don’t have a Playstation or Xbox controller already). Google has thirty or so high-quality games promised for the Stadia launch.

Microsoft has been pushing towards streaming games for years, and has an equally impressive global infrastructure to deliver fast-paced games at high resolution. I believe xCloud will be available for anyone, regardless of whether you have an Xbox, but details are scarce and Microsoft is also talking about a hybrid service that will use your living room Xbox as a server to send games to your phone or tablet. Microsoft claims that all Xbox One titles will be playable over xCloud, potentially a library of 3500 titles, but I can’t help but wonder if there’s not an asterisk or two there.

(Sony wants to offer streaming games too! There was an amusing moment a couple of weeks ago when Microsoft announced a partnership with Sony to host Playstation streaming services on Microsoft’s Azure servers, since Sony can’t build enough  data centers to compete with Google and Microsoft. It turned out the Sony execs negotiating that deal had not mentioned it to the Playstation division, leaving the Playstation execs feeling blindsided. Many meetings and therapy sessions ensued.)

The other piece is a transition to all-you-can-play Netflix-style subscriptions instead of individual game purchases. That’s already begun with a mish-mash of plans from Microsoft (Xbox Game Pass, Xbox Gold, Xbox All Access) and Sony (PlayStation Now, PlayStation Plus). Google will add to the confusion with Stadia Base and Stadia Pro, starting with a free service and some free games and moving up to a monthly subscription for more games and better game quality – but like the others, you will still be able to buy individual titles.

It will be confusing and constantly changing and some things will likely not work flawlessly for a while. But the idea of playing Doom Eternal or Destiny 2 or Assassin’s Creed Odyssey at the click of a button on any device, no separate purchase or installation necessary – that’s impressive and desirable and in the long run, probably inevitable.

We’ve gone through this transition before for music and movies. This will forever change the way we play video games but the hype this fall for Google Stadia and xCloud may be a bit premature.

Next: advances in virtual reality