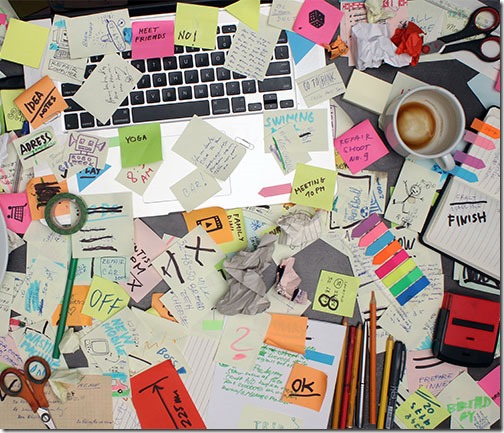 My Documents folder in Windows is a cluttered mess and there’s nothing I can do about it. 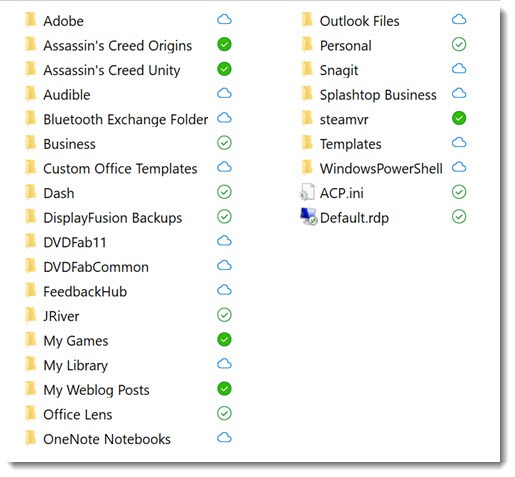 I created exactly two of those folders – Business and Personal. All of the rest are WindowsCrap™, created automatically by Windows and other programs, following guidelines from Microsoft that aren’t working out well.

When I’m navigating in Word or Excel, I frequently have to find Business or Personal in that list. Oh, sure, I can put shortcuts in Quick Access and use a bunch of tricks to get around, but I’m shallow and easily distracted and I kind of want my Documents folder to contain, I dunno,  my documents.

How did our Documents folders fill up with crap? Golly, I’m glad you asked. 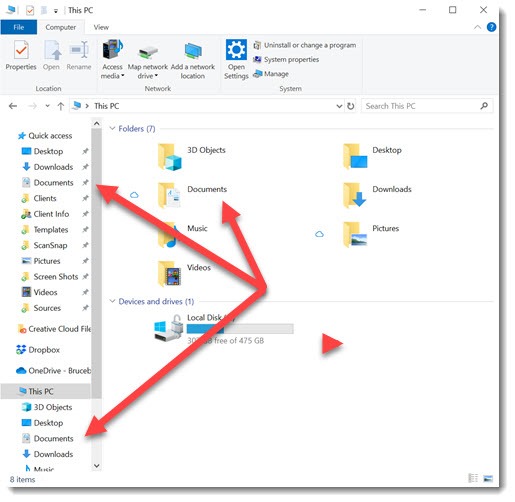 There are four special folders embedded deeply in Windows so you can find them easily: Documents, Pictures, Music, and Videos. They’re on the Start menu, they’re in the left column of File Explorer in several places, and you’ll see them when you click on This PC. The special folders are deliberately made so convenient that it would never occur to you to save files anywhere else.

It’s all part of a bigger concept called a User Profile, a collection of all the things about your computer that are unique to you when you log in. It holds all sorts of data – “views, shortcuts, wallpapers, screen savers, color schemes, supplementary files, dictionaries, signatures, auto-complete files, MRU lists, cookies, history, toolbars, autotext, connection settings; the list could go on and on.” Your user profile includes all of these things: the special folders Documents, Pictures, Music, and Videos; a section of the registry; the hidden folder AppData with the unique info created behind the scenes for each user; a special folder for your desktop; and much more.

Many years ago Microsoft created strict rules about where files could be placed.

•   Some program info is stored in a hidden folder named C:\ProgramData. More often, though, programs store specific data for each user in a hidden folder named C:\Users\[name]\AppData. That’s where you’ll find temporary files created by the Office programs when you use them, or Outlook signatures, or your Acrobat preferences, or lots of other things. Actually, don’t go find them. These are hidden for a reason. Nothing you should be mucking around in.

•   But some programs started putting their files into the Documents folder instead of tucking them out of sight in AppData, and it’s turned into a nasty habit. Microsoft is one of the offenders, with default folders used by relatively few people that appear as if by magic, stay mostly empty and unused, but reappear if you try to delete them.

Most of my unwanted folders are Microsoft’s fault. I still don’t know what “Bluetooth Exchange folder” is for. There are some IT pros who understand the benefit of a default folder named WindowsPowerShell for scripts, but there aren’t many of them and they’re the best equipped to find that folder if it wasn’t quite so prominent. “Custom Office Templates” – okay, I’m sure some Office junkies appreciate a folder that’s easy to find, but it’s ugly. And who’s responsible for the other folder named “Template”? Is that also Microsoft or somebody else? I think “FeedbackHub” must be a Microsoft folder; I’m quite sure I don’t want it.

Something made other program developers follow suit. A host of third party programs now feel empowered to clutter my Documents folder – nice programs, I love every one, but I don’t want to see folders for DisplayFusion, DVDFab, JRiver Media Center, SnagIt, or Audible. There is nothing whatsoever that would cause me to look in those folders. (They’re almost all empty.) I’ve played a couple of Assassins Creed games – what are those folders doing in my Documents folder?

One of the side effects of the clutter is that I have given up my experiment with OneDrive for Business and returned to Dropbox. There are a number of reasons for that – I’ll tell you about them another time.