The Joy Of Science 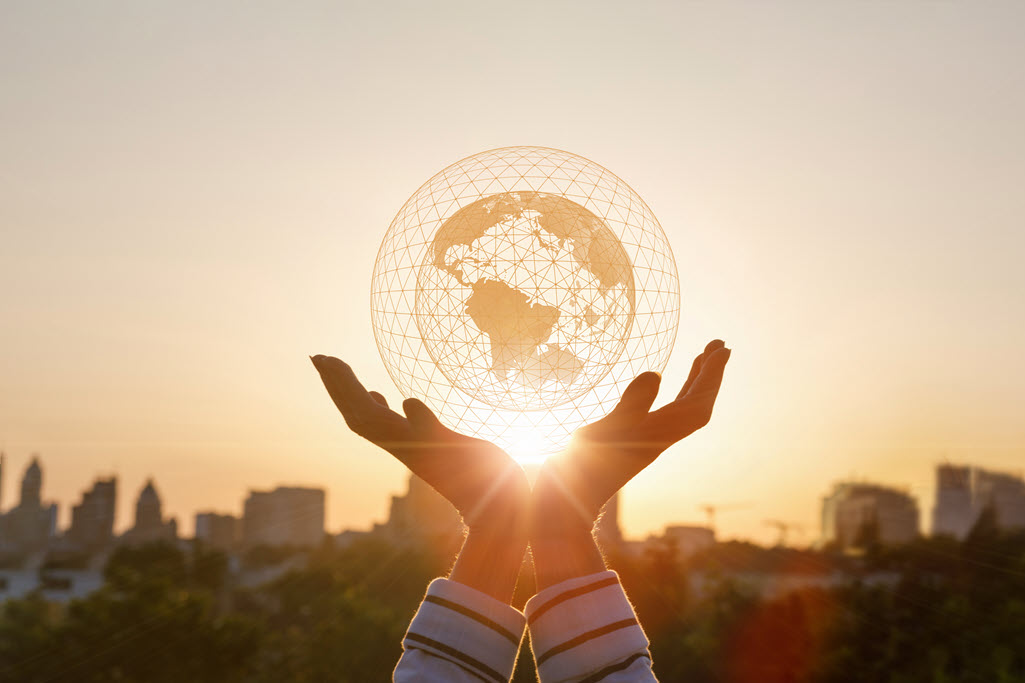 I want you to read an extraordinary letter about science. I teared up when I read it a couple of days ago, although, granted, that’s not a high bar – as I get older, I get teary watching The Great British Baking Show, and truly emotional moments (the end of Pixar movies, say) reduce me to jelly.

Still, reading this letter makes me feel joyful and optimistic, like the world has magical promise. The grownups taking charge in Washington believe America can once again be the city on a hill, an example for the world, providing moral leadership, tackling the big problems, and supplying ideas, technology, and products that can improve humanity.

The letter is below. It’s from Joe Biden, addressed to Eric Lander, incoming presidential science advisor. Let me give you some background so you can share my excitement about what it says and what it represents.

We are, of course, coming off the worst four years for science policy in American history. There are a number of federal government agencies that are intended to provide guidance about science in American society and Trump was openly disdainful of all of them.

The contrast with the incoming administration could not be more stark – starting with the announcement of nominees prior to the inauguration so teams can hit the ground running from the first day.

President Biden has chosen Dr. Eric Lander as presidential science adviser and director of the Office of Science and Technology Policy (OSTP). For the first time, the position will be elevated to Cabinet level. Dr. Lander is a geneticist who played a key role in the Human Genome Project and now heads the Broad Institute of MIT and Harvard, a biomedical and genomics research center. In addition to his academic credentials, Dr. Lander has experience in the rough-and-tumble world of government policy: he co-chaired the President’s Council of Advisors on Science and Technology (PCAST) for the eight years of the Obama administration. Among other things, PCAST issued six reports during Dr. Lander’s tenure about pandemics and vaccination, reports that were ignored by the Trump administration.

President Biden is filling other science positions with equally qualified people. Caltech bioengineer and Nobel laureate Frances Arnold and MIT geophysicist Maria Zuber will co-chair PCAST. Alondra Nelson, nominated to be deputy director for science and society at OSTP, is a social scientist at the Institute for Advanced Study in Princeton, New Jersey, who studies genetics, race and other societal issues.

Michael Regan has been chosen to head the Environment Protection Agency, with an impressive background in environmental policy and regulation. Regan worked on environmental quality for the EPA under Clinton and Bush, followed by eight years working for the Environmental Defense Fund advocacy group, and four years as head of the North Carolina Department of Environmental Quality. Scientists and environmentalists are enthusiastic about his appointment. There will also be a new White House Office of Climate Policy led by Gina McCarthy, who served as EPA administrator under President Barack Obama.

The group is diverse, experienced, and highly qualified. Just as important is a policy shift that will have a profound impact on the science community (and which extends to President Biden’s other appointments): people are being appointed to head agencies who believe in the mission of those agencies and will work to make them effective. We have lived through four years of Trump appointees seeking to destroy the agencies they headed. It will take time to repair that damage; President Biden is choosing people willing to take on the job of getting each agency back on the right track.

But now let’s look at the letter that President Biden sent to Lander a few days ago.

In 1944, Franklin Roosevelt wrote a letter to his science advisor asking for a report about how science and technology could be best applied to benefit the country after World War II. The report led directly to the creation of the National Science Foundation and guided our national science policy for 75 years.

“My hope is that you, working broadly and transparently with the diverse scientific leadership of American society and engaging the broader American public, will make recommendations to our administration on the general strategies, specific actions, and new structures that the federal government should adopt to ensure that our nation can continue to  harness the full power of science and technology on behalf of the American people.”

The letter asks Lander to assemble “our brightest minds across academia, medicine, industry, and government” to recommend how the administration can combat public health threats, mitigate the impact of climate change, keep the country a world leader in innovation, use science to improve social equity, and strengthen the U.S. research enterprise.

It’s worth reading the entire letter – my god, it’s so inspiring! – but here’s a sample.

“What can we learn from the pandemic about what is possible—or what ought to be possible—to address the widest range of needs related to our public health?

“Even as we work urgently to overcome the coronavirus pandemic, we must learn from this moment by grappling with the challenges, inequities, and opportunities we’ve seen in order to better prepare for the future.

“How can we dramatically improve our ability to rapidly address threats from pathogens, including emerging pandemics, potential bioweapons, and antibiotic resistance? How can we dramatically speed our ability to develop and conduct clinical trials of therapies for other types of diseases like cancer? How can we enable the rapid sharing, with patient consent, of health information to build a smarter and more effective healthcare system? How can we use telemedicine to improve health for all Americans?”

Part of the despair during the last four years has been the loss of time that should have been spent thinking seriously about hard questions, most notably climate change. It is important and refreshing to think that smart people will be debating those issues and trying to find consensus. The final report could be as important for US policy as the report in 1945 was to Franklin Roosevelt and to the country. The letter concludes:

“I believe that the answers to these questions will be instrumental in helping our nation embark on a new path in the years ahead—a path of dignity and respect, of prosperity and security, of progress and common purpose. They are big questions, to be sure, but not as big as America’s capacity to address them. I look forward to receiving your recommendations—and to working with you, your team, and the broader scientific community to turn them into solutions that ease everyday burdens for the American people, spark new jobs and opportunities, and restore American leadership on the world stage.”

Read the letter below. If the images aren’t crisp, click here or click on the pages below to see the PDF.

And pay attention to that unfamiliar feeling in your heart. It’s hope. It’s optimism. It’s joy. And what a rare and wonderful thing it is! 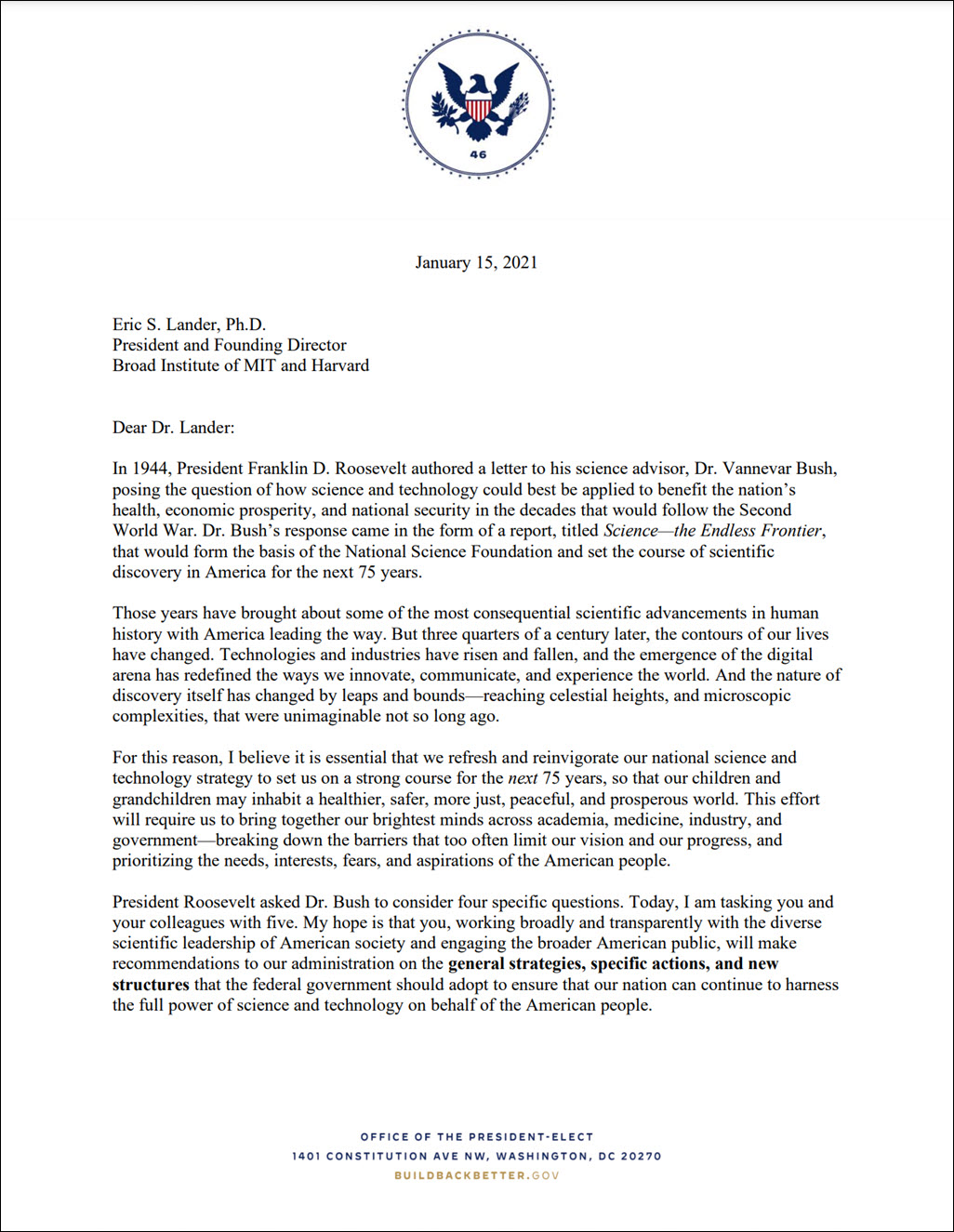 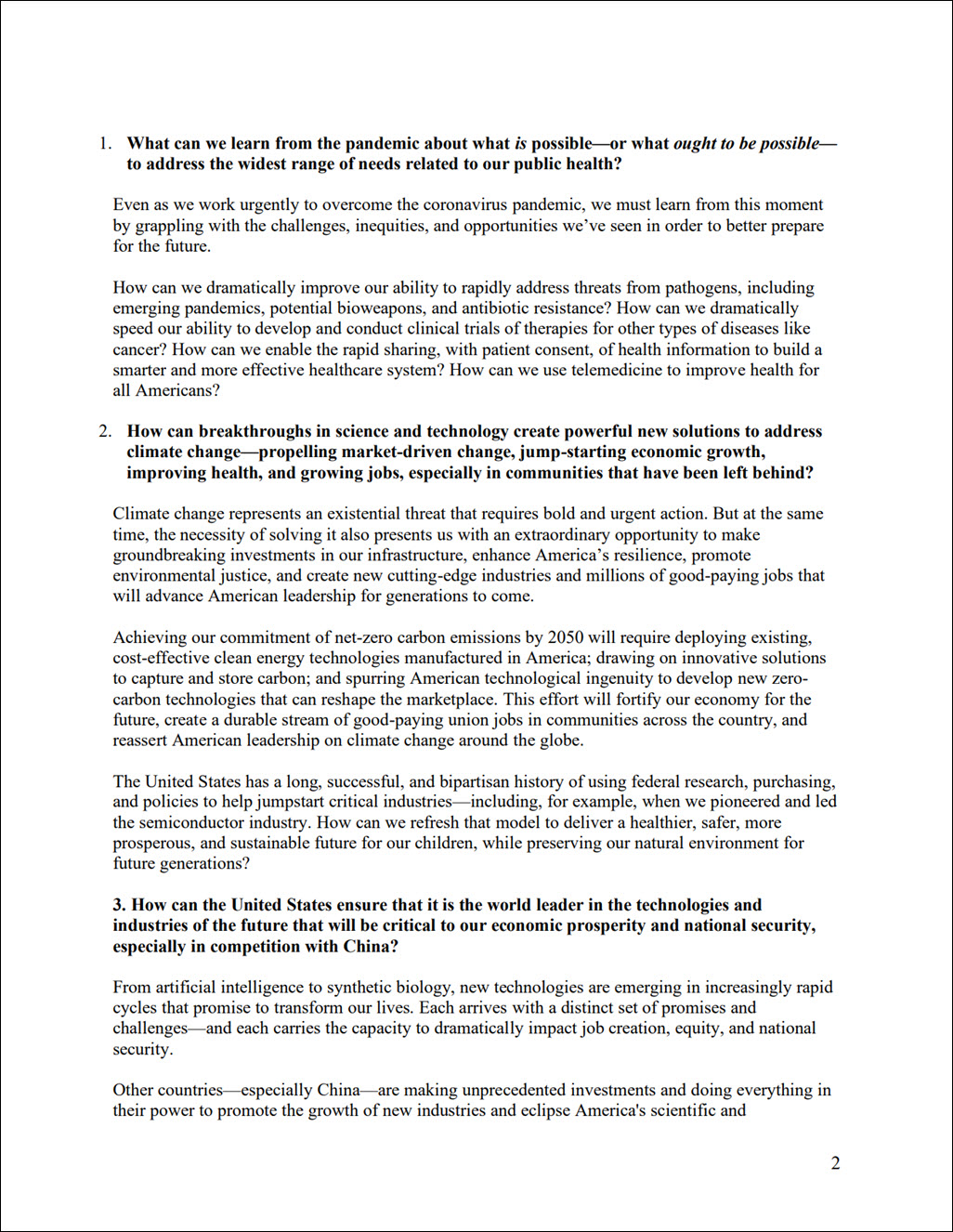 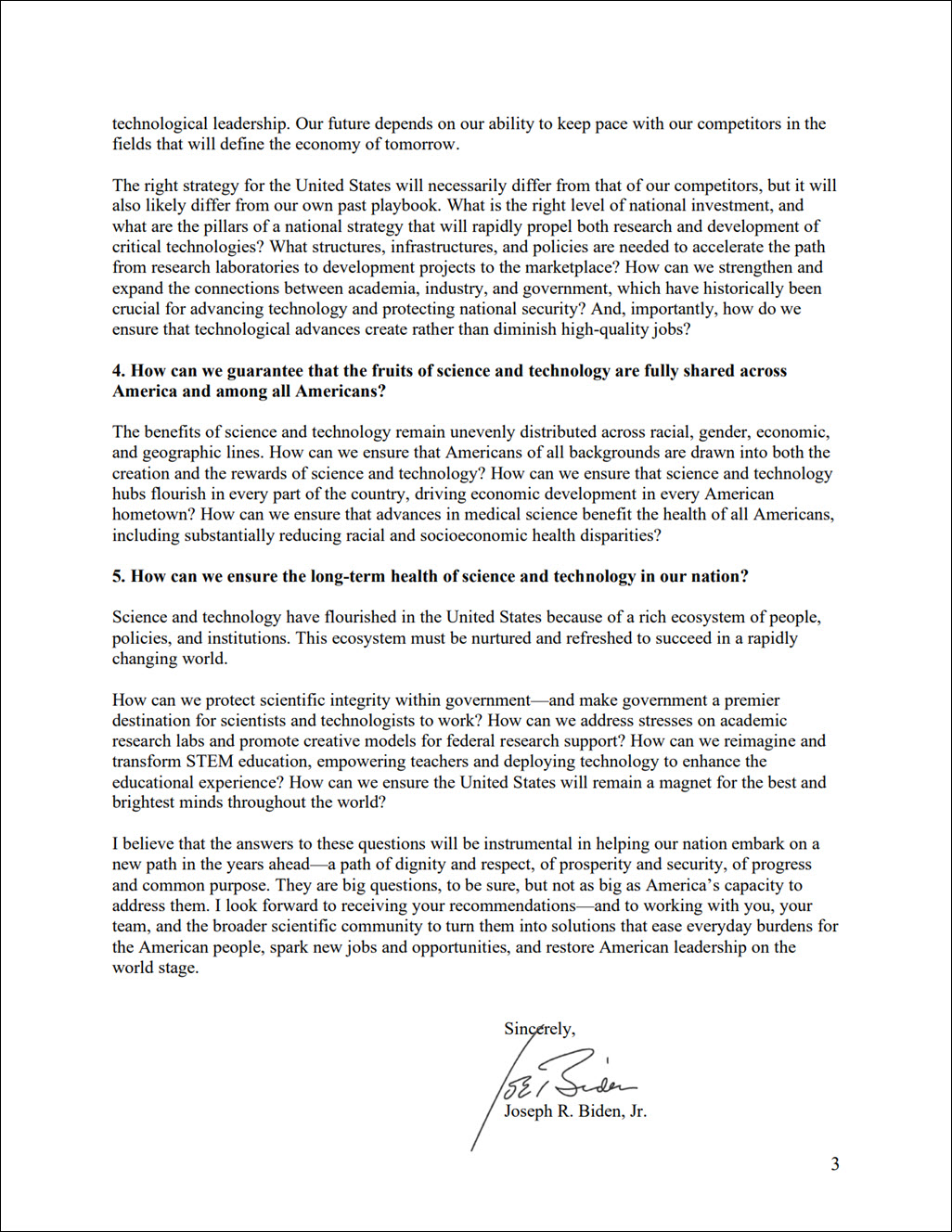