Why Isn’t “My List” The First Thing I See On Netflix?

I had an epiphany the other day about something that has been puzzling me: I expect “My List” to be the first thing I see on Netflix, and it’s not there. I couldn’t figure it out. Not only wasn’t it the first thing I saw, “My Stuff” was actually hard to find on some of the services.

I carefully bookmark movies and TV shows to watch on Netflix, Amazon Prime, HBO Max, and Hulu. Maybe you do the same thing, punching the +plus icon to add to your own curated lists. Indie films about damaged souls, World War II documentaries, Citizen Kane, The Godfather Part III, Little House On The Prairie Season 6 – you know, the classics.

But when it’s time to watch something, those personal lists are hard to track down. Sometimes there’s a link in the top bar on the websites – not always, but sometimes. “My List” or “My Stuff” might be one of the horizontal rows but probably not at the top – maybe in the middle after I scroll for a while, maybe even down at the bottom. It can be downright hard to find “My Stuff” in the mobile apps and TV devices like Roku or Shield. 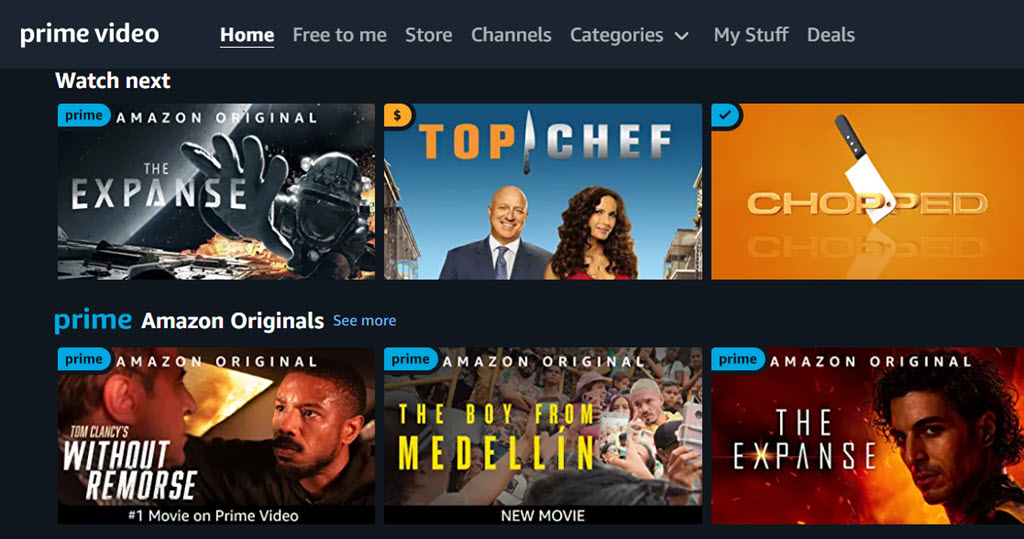 Amazon has a link at the top but does not display the My Stuff row unless the link is clicked. 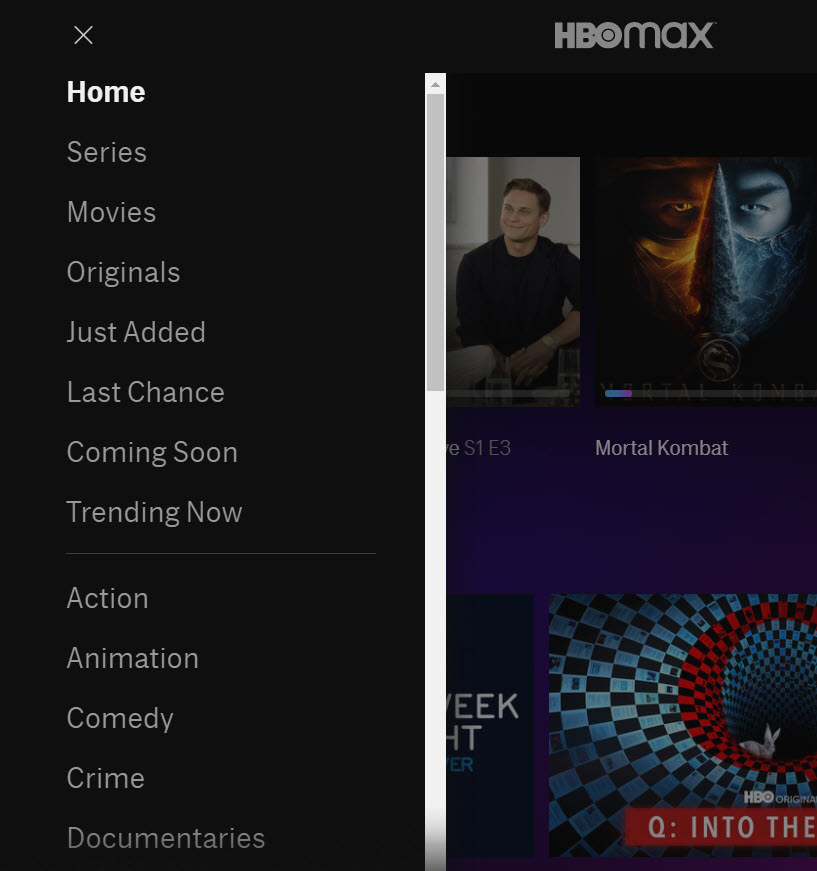 HBO Max has a horizontal row of My Stuff if you scroll down far enough, but has no link to My Stuff when you click the menu and look through a list of categories.

Maybe you hadn’t noticed but now that you think about it, isn’t that strange? Wouldn’t you expect the streaming services to put your own choices front and center, in your face?

Netflix is smarter than I am. They figured out the game many years ago.

See, some of those top choices of mine have been on my list for quite a long time. I wasn’t quite lying to myself when I chose movies to put on my list, not exactly. I really do intend to watch the heavy thought-provoking depressing movies. Someday. Not today. When I sit down to watch something, they sound so hard. So I click on another episode of Schitt’s Creek or yet another runthrough of Deadpool because I just want to relax.

It turns out almost everyone is like me. We assemble aspirational lists of movies deliberately and with serious intent. When the time comes to choose, though, we pick rom-coms and action films.

Netflix’s original business was mailing DVDs to us at home. You remember the red envelopes, don’t you? Oh my god, you’re so young, you don’t remember. Now I’m embarrassed, I feel impossibly ancient. Gather round, children, let me take you back to the birth of civilization circa 1997, when we would browse the Netflix website and add DVDs to our queue and Netflix would ship a new one by mail when we returned the old one.

Netflix noticed that people were filling their queues with aspirational choices, independent films and documentaries, but rarely letting them get to the top of the list. When it was time to check out, it was Notting Hill and The Matrix every time.

Early on, in 2000, Netflix changed the whole concept behind the website. Instead of asking what we wanted to see, Netflix developed algorithms to recommend things that we were likely to watch – not quite the same thing!

Customers visited the Netflix website more often and watched more movies. Netflix never looked back. Eighty percent of what people watch on Netflix comes from what Netflix recommends, not from what people search for.

By 2006, Netflix was fully invested in artificial intelligence and machine learning to create recommendations. It sponsored the Netflix Prize, a million dollars to any research team that could beat Netflix’s algorithms to predict user ratings for films. After it started the streaming service in 2007 in addition to DVDs, Netflix started to refine its algorithms and make them more complex, to predict not just how you would rate something you watched but what you are most likely to watch next – something like the last thing you watched or related to it, or perhaps with the same star or director. Or maybe something that isn’t clearly related, it’s just the thing that a lot of people like you turned to after watching the last movie you watched. Only the algorithm needs to understand why something is recommended. A couple of examples:

Netflix has identified over 2,000 taste communities. In one group are subscribers who streamed House of Cards and also It’s Always Sunny in Philadelphia. In another, fans of Making a Murderer bizarrely also like the John Mulaney: The Comeback Kid comedy special.

The algorithms go to work even if you search out My List: titles are re-ordered on My List to show the ones you’re most likely to watch first, rather than listing them by, say, the order you added each one to the list.

Netflix only has certain types of data about you but it does the most with what it has.

Netflix also takes note of other watchers’ habits, like the time of day you tend to watch, which devices you use, and how long you watch particular content. According to their website, it does not take demographics (age and gender, etc) into account.

“How much should it matter if a consumer watched something yesterday? Should that count twice as much or ten times as much compared to what they watched a whole year ago? How about a month ago? How about if they watched ten minutes of content and abandoned it or they binged through it in two nights? How do we weight all that? That’s where machine learning comes in. What those three things create for us is ‘taste communities’ around the world. It’s about people who watch the same kind of things that you watch.” Netflix VP Todd Yellin added.

The business model for Netflix is built on keeping you watching for as long as possible. The numbers are inexorable: Netflix has a 90-second window to help you find a movie or a TV show before you leave the platform and visit some other service. The recommendations are crucial.

It’s probably not a surprise that Netflix has started personalizing the thumbnail images chosen for each title. You might see different images on different days for the same series, or an image that the algorithms say will be more appealing for you but different than the one shown to your kid sister. A recent description: “Thumbnails constitute over 82% of a subscriber’s focus while browsing, and Netflix has just 1.8 seconds to get subscribers to click in and watch. That’s how long viewers spend reviewing each title, on average, before moving on. If you’ve watched more rom-coms recently, Netflix will show you an image of Matt Damon and Minnie Driver pre-kiss to promote Good Will Hunting. If you’ve tended to watch comedies, then you’ll see a still of Robin Williams from the movie instead.”

So after you’ve marked The Handmaid’s Tale as a show you definitely intend to watch, don’t be hurt if Hulu  recommends Brooklyn Nine-Nine next time you log in – and don’t be surprised if you click to watch Jake Peralta instead of the Gilead women. Hulu loves you and it knows you meant well but (shh! don’t tell!)  you were secretly lying to yourself.