All Roads Lead To Philosophy In Wikipedia 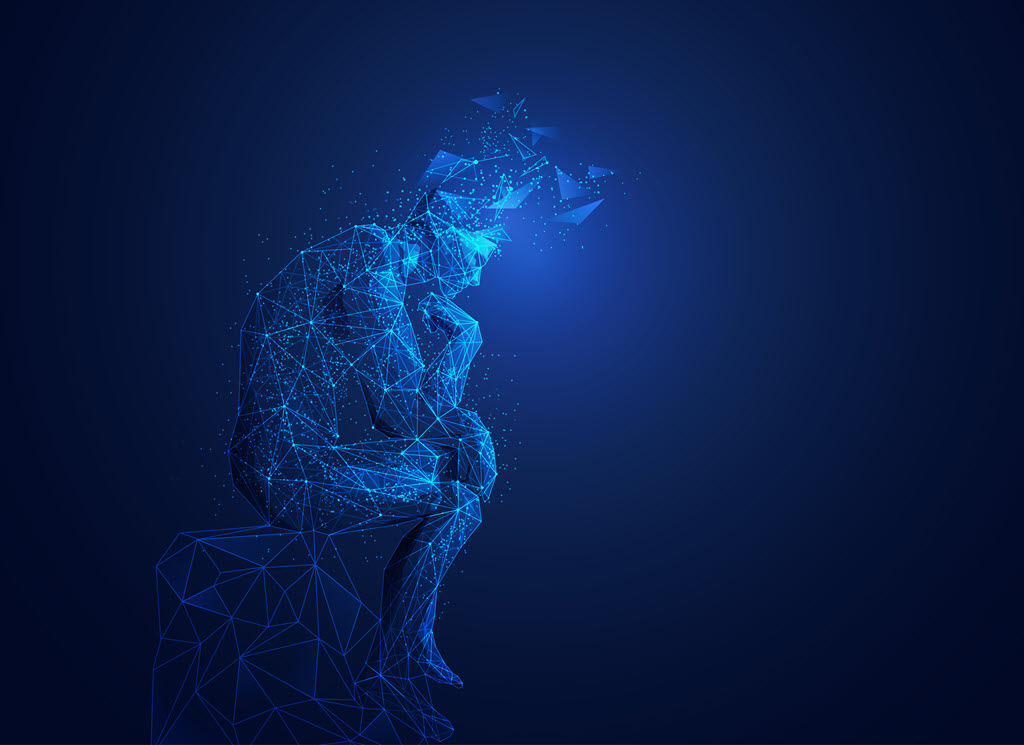 Open a Wikipedia article – any article, it doesn’t matter. Here, try the article about Jasper Fforde.

Click on the first link in the main article. Skip links that are in parentheses or italics, and don’t follow anything that leads outside Wikipedia. In the Jasper Fforde article, that’s the link to his first novel, The Eyre Affair.

Keep doing the same thing in each article that comes up.

Eventually you will get to the Wikipedia article about Philosophy. It’s about 20 clicks from the Jasper Fforde article.

Here’s the fun part. The same thing will happen regardless of what article you start with. Everything leads to Philosophy in Wikipedia.

There’s no significance to this and I didn’t discover it. The idea that everything leads to Philosophy in Wikipedia has its own Wikipedia article, of course. If you follow the first link in that article . . . eventually you’ll be at Philosophy.

The XKCD comic strip was one of the first to call attention to the Wikipedia road to philosophy in 2011 – not in the comic, but in the tip that came up when you hover the mouse cursor over the comic, as in the screen shot above.

Since then the idea has been explored and researched and mapped because everything in the world is analyzed. 97% of all Wikipedia articles lead to Philosophy. A handful wind up in loops, but really, only a few of them escape the vortex of Philosophy. 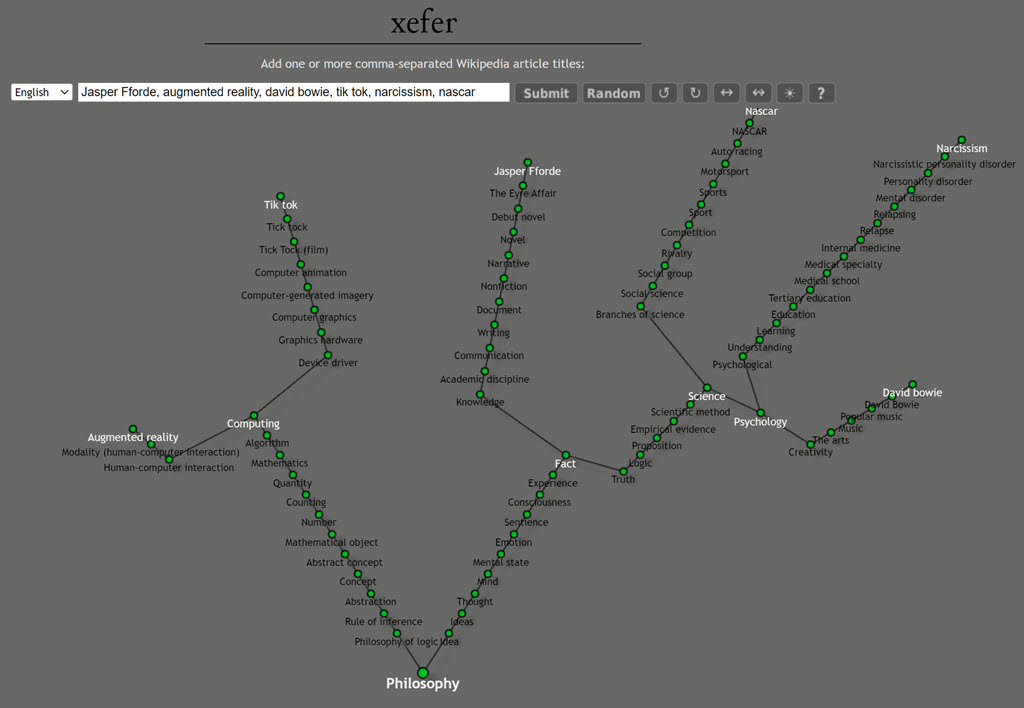 Here’s a lovely page that does the hard work for you. Put in the title of any Wikipedia article and it will show you the path that you would follow to Philosophy. In the above chart you can see the various paths followed by Jasper Fforde, David Bowie, Tik Tok, augmented reality, narcissism, and NASCAR.

The Wikipedia style manual suggests beginning an entry by defining the topic of the article, which means most articles naturally lead with fairly general words. You’ll see how articles tend to funnel down to a number of broad concepts, which then lead to Philosophy. In the above chart, for example, NASCAR, narcissism, and David Bowie all funnel through Science.

Researchers at the University of Vermont Computational Story Lab discovered that more than seven million Wikipedia pages eventually funnel into Philosophy. It reflects a major organizing principle for the ideas represented on Wikipedia.

But they could also measure the other pages that are funnels along the way to Philosophy. On the chart above, you see articles passing through Science and Fact and Computing – they’re the “funnels” or “access points.”

What are the top funnels? What pages turn up the most often if you do this kind of clicking on every Wikipedia page?

Southeast Europe and Hip-Hop Music. It’s strange. Here’s the conclusion of an article about the research.

(The researchers’) idea was to find those access points—what they call funnels—for Wikipedia pages. Not very many pages link directly to philosophy—only 581 do, while more than 80,000 link directly to the United States. Rather than directly connecting many ideas, the authors suggest, philosophy is a major organizing principle for the ideas represented on Wikipedia.

All of which makes what’s next on the list, while much smaller in terms of the number of source pages, also much weirder. At number two, with about 30,000 source pages funneling into it, is Presentation (as in getting up in front of people and explaining something), followed by Tree of Life (Biology) and Southeast Europe. Hip-Hop Music comes in at number 11.

“More curious is the emergence of recently prominent political and economics topics such as ‘Fossil Fuel’ and ‘Health Care’ within the highest ranking funnels. Wikipedia seems to reflect not only timeless foundations, but also the topical (at least within English speaking society),” the authors conclude.