Ah, Microsoft, thanks for coming back. I know you’re probably feeling a little vulnerable. Here’s a tissue. Let’s continue our session.

I assume my article about problematic changes in Windows 11 is rocketing around Microsoft mailboxes this week. Tears are being shed. Resumes are being posted. Org charts are being redrawn. I think that’s what happens when a random blogger says something critical about the company, right?

(Actually, I’m pretty comfortable being unnoticed, but it would be quite a feather in my cap if Satya Nadella would quote my article and call me a twit during a Microsoft event. Tim Cook did that at an Apple launch a few years ago – how great if the CEOs of both Microsoft and Apple are annoyed by me, even momentarily! Then I could start writing snarky articles about Google and see if I can get a Grand Slam from Sundar Pichai.) 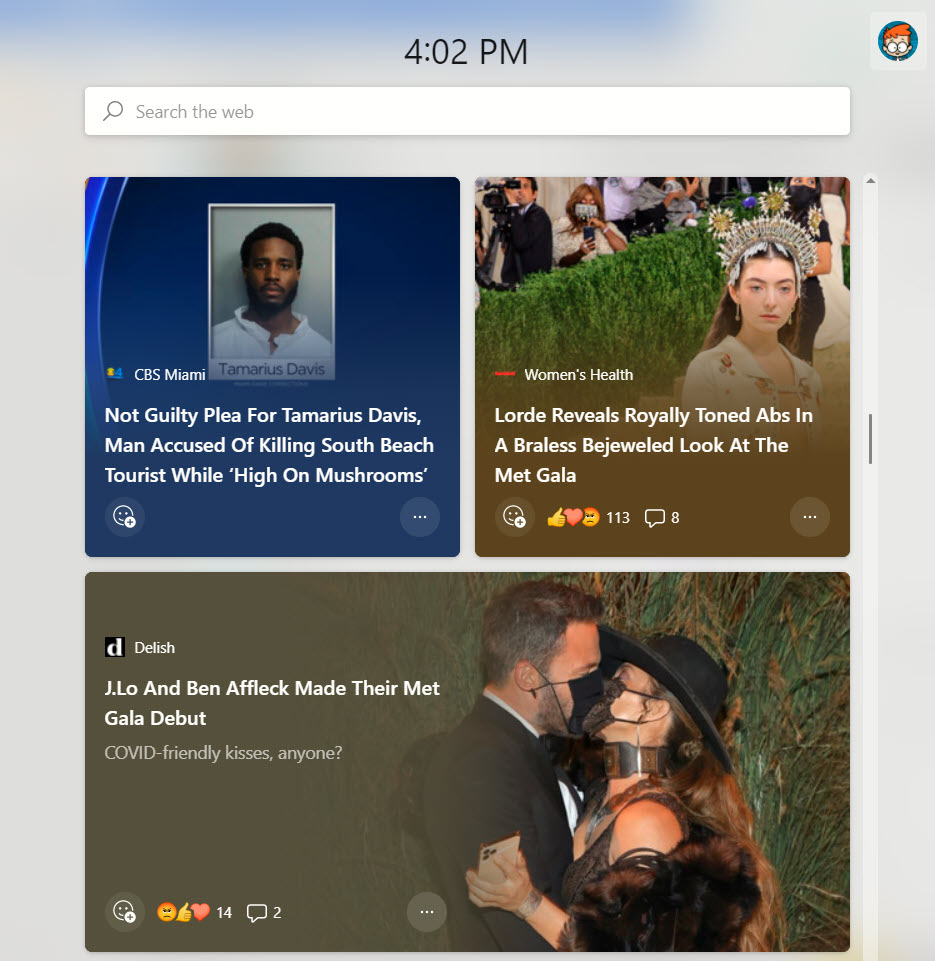 Before you leave, there’s one more bad habit that you have to address.

I want you to have a stern chat with the head of the Naming Division Of Giving Things Names Department. From some of your choices, I assume that’s what it’s called.

In the last article I called out some issues in the way you’ve set up the news feed in the Windows 10 taskbar and Windows 11 widgets – you know, the thing that is responsible for me having an article about braless bejeweled Lorde in my taskbar this afternoon. (See it in the above screenshot o’ crap?)

You just announced a new name for the news feed. The new name (drum roll) . . . 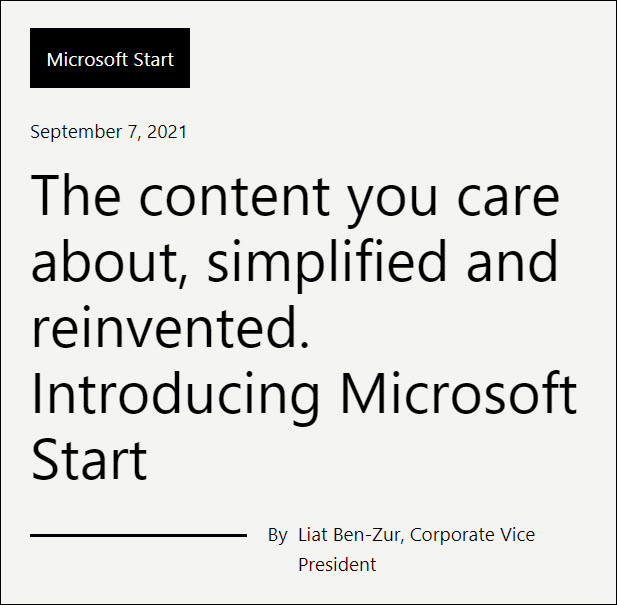 Start! Start!?! You created a place to display Kardashian headlines in Windows and you named it “Start”!!??!!

We’re simple folk out in the non-tech world. We use words as a way to communicate with each other. We’re kinda used to using the Start button to get to the Start menu – you know, the fundamental way to interact with the Windows operating system that you named almost thirty years ago, the name that you’ve continued to use to this day for every version of Windows. We started using the Start button in Windows 95 – that’s a picture of the first Start button at the top of this article. The word “Start” is gone but when I hover over the button on the far left of my taskbar in Windows 10, it still says “Start.” I tell my clients to “click on Start” every day to begin something or other.

Now you’ve set up a website for your reworked news feed and you looked at all the options and you had a committee narrow down hundreds of choices and you named the news feed “Microsoft Start.” You’ve released new iOS and Android apps named “Start.” When we click on anything in News and Interests (Windows 10) or the taskbar widget (Windows 11), we will “land on Microsoft Start,” as you proudly boast in the announcement.

I’m honestly confused. You had meetings where someone said, “Hey, why don’t we also use the word ‘Start” for this new thing in Windows that is completely unrelated to the way we’ve used the word ‘Start’ for three decades” and everyone else in the meeting said, “Sure, solid choice,” and . . . and . . . no one had any problem with that?

For a while it was endearing when you used the same names over and over for completely different things. It’s been clear for a while that you have issues, a terrible inability to brand your products. You must know you have a problem but you can’t stop. By this time your addiction to the word “Outlook” has become a running joke in the industry.

Even knowing all that, I still would have bet serious money that you wouldn’t choose the word “Start” for a news feed in Windows.

At some point you’re going to describe how to get to the Windows 11 news feed by saying, “Click on Start,” and we’re going to have to take up stun guns and tasers and put you down.

Don’t make us do that. You don’t think I enjoy this, do you? Well, yes, actually I do, I enjoy it quite a lot, but that’s not the point. I’m speaking on behalf of the people using your services every day, lovely people who deserve to have you communicate clearly. If you can make them less frustrated and confused, it will be a good thing for everyone – and maybe, just maybe, they’ll start to like you again.