Walled Gardens Postscript: Just Tell Me What To Do! 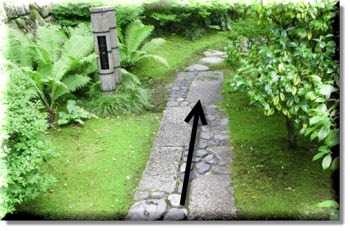 This is a transition year. There are no right or wrong answers. Buy whatever feels right and be prepared for some bumps and the possibility that you’ll replace a device or two in 2013 to consolidate everything in one garden.

I’ll give you some thoughts based on experience and instinct and guesswork.

If you are convinced that the Apple world is cleaner and brighter, buy Apple devices and switch to a Mac and proselytize. If you think Google does no evil, buy Android.

I have in mind more of a commitment than just owning an Android phone. There are a fair number of people who are long-time Gmail users and who are ready to drop Microsoft Office because Google Docs meets their needs.

The iPad is far ahead of anything else on the market. No matter what you want a tablet to do, the iPad does it more elegantly.

At the moment the synergy between Android phones and tablets is unimportant. I don’t foresee a lot of people committing to “Google Play” as the hub for their purchases of movies, music, and books, and Google hasn’t delivered smoothly functioning apps for the flow of files and photos. I’ve lost my faith in Google’s technology after years of half-finished and abandoned projects. It’s obsessed with Facebook and has redoubled its efforts to push advertising in our faces. Maybe in six months things will look different and Android 4.0 tablets and phones will look swell. We’ll talk again then.

It may be worth waiting for but no one knows when to expect it. My bet: late summer/early fall.

Your e-book library is a long term investment, just like the hardcover books on the shelves. When you buy a Kindle book, it goes on your Amazon shelf and can be read on every device across all platforms. There are Kindle apps for iPhones and iPads and Android phones and your computer. You don’t need a Kindle to read a Kindle book!

Apple and Google and Barnes & Noble all want to sell you e-books but all of them are more or less limited to their own devices. Amazon is the only one that makes it easy to pick up your book on whatever is closest at hand. (We’ll get used to cloud syncing but for now the novelty of having my phone know where I left off in a book on the iPad is very cool.)

Your music and video library may also wind up behind a wall. It’s less obvious how to avoid that but it also probably doesn’t matter as much. You’re likely to be able to stream your music and video to whatever device you use, regardless of whether you bought it from Apple or Google or Amazon. The walls are higher around purchases from the iTunes store but even that is already solvable with a little ingenuity. It will likely get easier as streaming media becomes more deeply built into the infrastructure.

Personally I buy music from Amazon. It’s downloadable in high-quality MP3 format, completely generic and able to be used on all platforms, and Amazon is rapidly improving its apps for all platforms to stream music as well.

People looking for a business tool should not fool themselves into thinking that an iPad can take the place of a notebook computer. Adding a $19 keyboard doesn’t change that. An iPad is a brilliant way to receive information. A computer is required to create information.

If you want to draft lengthy emails, write documents, or create spreadsheets but you’re looking for a way to lighten your briefcase, buy an Ultrabook.

I am rooting for Microsoft to succeed! Only Microsoft can truly integrate all of our devices, including our computers. All of the hype about our post-PC world does not change the reality that we will be sitting at Windows computers to do work for many years. If we can move from computer to tablet to phone and have a relatively seamless experience, it will be worth getting a Windows 8 tablet and giving the iPad to our kids, and buying a new Windows 8 phone before the old contract is up.

I have an aging Android phone and an iPad 2. My plan is to watch and wait, probably for six months or more.