Updates From Microsoft Spiral Out Of Control 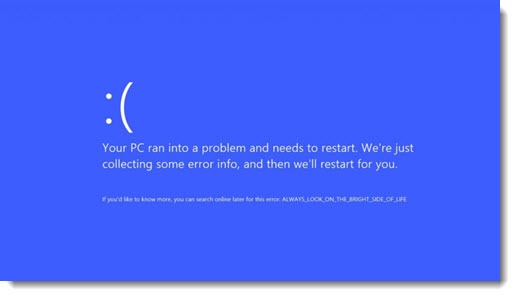 Microsoft has had a bad month. In this article I’ll tell you about some of the problems with recent updates from Microsoft. In the next article, I’ll take a broader look at the long-term corrosive effects of a breakdown in Microsoft’s internal controls for approving updates.

Let me start, though, with a word of caution. If you’re lucky, none of the specific issues described here apply to you. You don’t have to do anything different. Don’t overreact. Get your work done. We’ll be looking at trends that will unfold over the next 3-5 years, not something that you need to worry about today.

There have been a series of crashes and incompatibilities in the last few weeks stemming from the Anniversary Update to Windows 10 and subsequent updates. I’m also familiar with problems caused by recent updates to Microsoft Office 2013/2016. The bugs have caused grief for people with Kindles, with a popular Logitech webcam, and with a couple of specific use cases. Let’s put those problems in perspective by going over the changes in the update process that Microsoft has pushed through for Windows and Office.

With Windows 10, Microsoft explicitly seized control of the update process. It has long recommended that you allow Windows 7/8 updates to be installed automatically, but it hasn’t required it; until now you have had the option to decline or uninstall individual updates.

There is no option to turn down Windows 10 updates. Microsoft has forcibly taken updates out of your hands. You might be able to delay them for a short time, enterprises can delay for longer, but the updates are going to be delivered whether you want them or not.

Last week Microsoft announced that it will change Windows 7/8 updates in a similar way to regain control over the fragmented update landscape. Starting next month, all Windows 7/8 monthly updates will be cumulative updates – a single update that contains all the updates for that month, plus (eventually) all updates missing on that computer from previous monthly updates. We will no longer have a list of 15 or 20 individual updates installed on Patch Tuesday, just a single update that contains all the fixes and security improvements for that month. If a single update causes trouble, there will be no way to remove just that update in Windows 7/8, just as there is no way to remove an individual piece of a Windows 10 update.

If that makes IT pros uncomfortable who are accustomed to weighing each update individually, well, Microsoft decided to take the heat and insist that it would have all the power over the update process.

Here’s how Microsoft has been handling that responsibility.

The Anniversary Update for Windows 10 is a collection of bug fixes for Windows 10 combined with new features and changes to core elements of Windows 10, from Cortana to the arrangement of icons on the taskbar. It is being rolled out agonizingly slowly and most Windows 10 computers have not gotten it yet – perhaps because of all the problems it is causing.

Microsoft has had more than 1.5 million people participating in an “Insider” program, testing updates before they are widely released. The Anniversary Update was used and evaluated for months during its development.

A few things were missed. They’re not good. 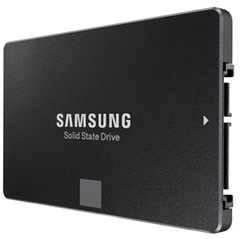 SSD freeze If your computer runs Windows 10 on a solid state drive and has a second spinning hard drive for storage – a popular configuration – there’s a decent chance that it will freeze up regularly after installing the Anniversary Update. There has been coverage in the tech press and hundreds of complaints on Reddit and elsewhere – but no fix yet from Microsoft. The only solution so far is to roll the computer back to undo the Anniversary Update. Funny surprise about that! Microsoft also shortened the time to roll back updates – it was 30 days, now it’s only 10 days. They didn’t announce that change. Has it been more than ten days since the Anniversary Update was installed on your computer? You’re out of luck! Get used to the freezing. 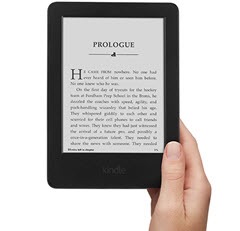 Kindle  If you connect certain models of Amazon Kindle Paperwhite or Voyager readers with a USB cable to a Windows 10 computer with the Anniversary Update, the computer will bluescreen after about five minutes. Hope you weren’t doing any important work! Like many problems these days, this one is difficult to track down because it doesn’t affect everyone the same way. From a writeup by Extremetech: “Some readers have reported that the issue only hits USB 3.0 ports, while others have issues across the entire system. It’s also been reported that some devices work perfectly if you connect the Kindle while the system is off, then turn it on again. Disconnecting and reconnecting the Kindle post-boot will still cause a crash and booting the system with the ebook reader connected doesn’t solve the problem for everyone, either.”

Microsoft: “We are currently working on an update to address this issue.” Any time now, you betcha. 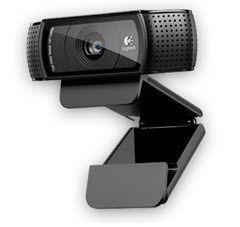 Webcam Got a Logitech C920 webcam, probably the single most popular type of USB webcam for the last few years? Might not want to use it with Skype after your computer gets the Anniversary Update. After 10 seconds or so, the video will freeze. This potentially affects millions of people, including many enterprises that use the webcam for meetings, and it’s particularly embarrassing that the bug wasn’t caught during testing. Well known technology journalist Paul Thurrott ran into the problem repeatedly for months but had no reason to associate it with the Anniversary Update, then being tested by insiders. He talked about Skype video problems frequently on the most widely viewed Microsoft podcasts in the world, Windows Weekly and What The Tech (followed by many Microsoft executives and employees) as he ruled out possible suspects, including Intel’s Skylake processors, Logitech drivers, and Skype. No one at Microsoft picked up on it until Paul’s colleague Brad Sams finally got official Microsoft confirmation a month after the Anniversary Update was released: there were problems with a codec used by the webcam on high definition Skype video calls so Microsoft engineers just turned off the codec. Without any notice, and with nasty side effects – and instead of, say, fixing the problem.

The details on this one are in Brad’s original article (“Microsoft Has Broken Millions Of Webcams With Windows 10 Anniversary Update”). It might also affect other brands and types of webcams. Microsoft says it will fix the problem when it gets around to it – might be a month or two, you know how it is, they’re busy over there.

Powershell Powershell is a powerful scripting language used by IT pros to control computers, servers, and cloud services. You’re not aware of it but it is crucially important to IT departments that rely on it constantly. I use Powershell with Office 365 to change permissions, control passwords, and much more.

A cumulative update for Windows 10 pushed out on August 23 breaks two Powershell features. They’re not features I use so I barely understand the issues (“Desired State Configuration (DSC), which is used to deploy configurations to systems, and implicit remoting, a feature that makes it easier to use PowerShell commands that are installed on remote systems,” according to Peter Bright), but I can easily believe that they are important to the technicians who use them. And they don’t work after the update. The reason? There are files missing from the update packages. Oopsie! Microsoft will fix the problem in a few days. In the meantime, hope the pros don’t need to do those things, because, well, oopsie!

Bitlocker There are a number of forum threads where users running Bitlocker (a disk encryption feature) on a solid state drive cannot bring systems out of sleep – computers have to be hard power cycled before they come back to life. The consensus is that it’s a problem introduced by the Anniversary Update. Here’s an example of a forum where people are discussing the problem. 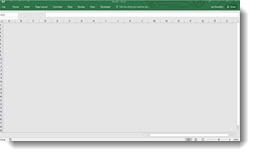 Excel A number of clients complained to me recently that they were no longer able to export .XLS spreadsheets from cloud-based services (among them, the widely used service Salesforce) and open them in Excel. The services are running the clients’ businesses and those spreadsheets are a routine part of getting their work done. Excel would open with a blank grey screen – no error message, no clue about the problem, just a blank screen. Eventually I was able to discover that an update in July changed the way Excel handles security on files from the Internet. In a comment buried in a forum thread full of people complaining about the problem, a Microsoft spokesperson finally acknowledged the problem and said: “After the security updates Excel no longer will open the workbook because these files are not compatible with Protected View and there is no warning or other indication it was not opened. We apologize that Excel is showing a blank screen instead of a more helpful error message with information about what to do next.”

Surely you feel better knowing that Microsoft apologizes for preventing you from doing your job, right? You must feel safer when you look at the grey screen that has protected you from opening a spreadsheet that you need to work on. A spreadsheet that you could open on July 20 and could not open on July 21, with no notice and no way to determine the source of the problem.

The story took another twist when I attempted to fix the problem. Once I knew which update had caused the problem, I could uninstall it on some versions of Office. But there is no way to uninstall specific updates from Office programs when they are licensed and installed from Office 365 subscriptions. Updates are pushed out with no notice, no option to refuse, and no way to remove an update.

A couple of months ago I discussed the familiar sequence that is causing us to lose faith in Windows computers and turn to simpler devices: something doesn’t work that should work; it worked yesterday; and nothing has changed to the best of our knowledge. It is much worse when we discover that Microsoft has caused the problems by taking control out of our hands and delivering buggy updates.

We’re watching an erosion of trust that has already wounded Microsoft and might eventually topple the giant in the consumer and small business market. I’ll talk more about that in the next article.