iPhone Tip: How To Make Sure Your Photos Are Backed Up 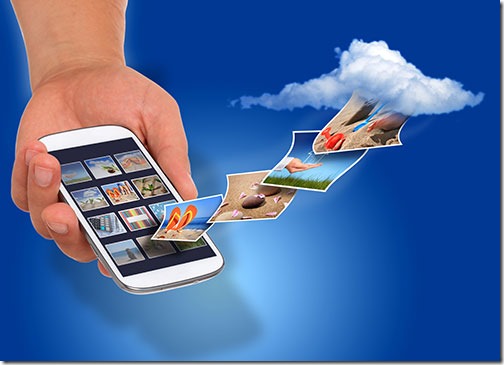 Here’s a tip for iPhone users that might make you sleep more soundly.

If you rely on Google Photos, OneDrive, Dropbox or other online services to back up your photos from an iPhone, open those apps when you’re connected to Wi-Fi and make sure they have synced your photos online. Otherwise there’s a chance that some photos won’t have been uploaded when you drop the phone or lose it.

It took me a while to figure this one out. My wife or I would take photos with iPhones that are supposed to back up to Google Photos and OneDrive – but the photos weren’t online when I looked for them on my computer later. I’d open up the apps on our phones and see swirling circles, as if the phones had just decided to upload the photos at that moment. And sure enough, that’s exactly what was happening. It wasn’t what I expected. I thought they would upload automatically all the time.

When you turn on photo uploading in Google Photos, OneDrive, or Dropbox, one of the options is background uploading. You can go look at the settings for each app in Settings / General / Background App Refresh. You’ll likely find that it’s turned on for each app. “Allow apps to refresh their content when on Wi-Fi or cellular in the background.” Sounds reassuring, right? The apps may have additional options – for example, the settings in the Google Photos app include a toggle authorizing use of cellular data to back up photos, instead of waiting for a Wi-Fi connection.

So why aren’t the photos always uploaded?

Apple imposes a strict limitation on all apps: when an app is closed or the phone is locked, an app is only allowed to run in the background for about ten minutes. There are a couple of special exceptions (music and navigation), but all other apps are forced to sleep after ten minutes, regardless of whether they have more work to do.

It’s an important part of Apple’s power management. It doesn’t matter how many apps are open – almost none of them are allowed to use any power after a few minutes, even if technically they appear to be “running” when you flick through the open apps. That’s why Apple’s unambiguous advice is to leave apps alone. There is no advantage to quitting the apps by swiping up on dozens of app windows. It won’t improve battery life or performance.

You’re thinking: it can’t be true that the apps never upload photos unless you open them deliberately. That would make them wholly unreliable as a backup for keeping photos safely stored online.

Sure enough, the apps use a trick that is sufficient to keep your photos safe most of the time. Each app asks for permission to use location services. It has nothing to do with marking the location of a photo – that’s done automatically by the camera. Instead, the apps are exploiting an Apple loophole. Apps that use location services are allowed to wake up whenever the phone changes location. That gives the app another ten minutes to upload photos each time you move from place to place. Look in Settings / Privacy / Location Services and you’ll probably find apps like Google Photos, OneDrive and Dropbox are set to “Always.”

Once your entire photo library is online, the default settings are usually enough to upload new photos each day without any special effort. If you’re taking a large number of photos, you may need to babysit the app and keep your phone alive while they upload. We came back from our vacation with a few hundred photos and a week without cell service or Wi-Fi. It took multiple sessions with our phones to get the photos uploaded to Google Photos when we were connected to home Wi-Fi.

There are other hacks if you have a large number of photos to back up. Here’s one example: connect the phone to a charger, start playing music, then open Google Photos and let it run in the foreground. As long as music is playing, the screen will dim but won’t turn off and the foreground app will be allowed to work continuously.

No need to be obsessive, but if you want to be sure you don’t lose any photos, open the apps that you’re counting on for backups and make sure they’re up to date. Better safe than sorry!