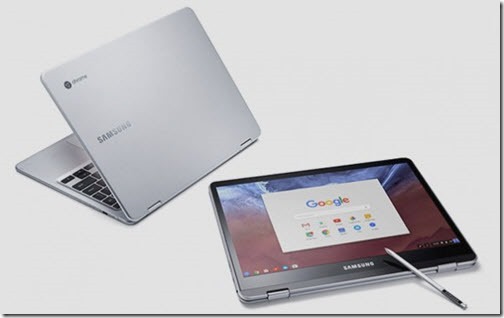 If you read the last article about Chromebooks, you know that the virtual store shelves are lined with lovely laptops at prices that start at $450 and go down from there. Let’s make some broad generalizations and you can see if you recognize yourself.

Who should buy a Chromebook?

A Chromebook is the perfect casual, second device

A Chromebook is a more casual machine than a high-powered business Windows laptop. It is the perfect extra computer to have lying around the house. Mine is frequently found in the kitchen or the living room for browsing the news or placing an Amazon order.

In some ways a Chromebook fits the same niche that an iPad does – a simple device that starts instantly for browsing the web, reading mail, and watching YouTube videos. Chromebooks compare favorably to iPads: (1) they’re far cheaper than all but the very cheapest iPads (half as much as a 13” iPad Pro); (2) Chromebook screens are typically larger than iPad screens; and (3) there’s a full keyboard when it’s time to type an email or use a productivity app or cloud service.

A Chromebook is a natural evolution of Android tablets but better designed and more useful. Android tablets never took off in the market, leaving the tablet market to iPads. Now sales of iPads are falling and we are returning to laptops, in part because a real keyboard is a pretty useful thing to have nearby.

If you’ve already got your primary business computer or laptop and you can afford to have a casual second device around the house, then a Chromebook might be perfect.

If you are immersed in Google’s world – you use Gmail, your files are stored in Google Drive, you write and edit documents in Google Docs and Google Sheets, your schedule is in Google Calendar – then of course a Chromebook is all you need. Google has focused single-mindedly on fast, deeply integrated online services. A Chromebook plugs you completely into that world at minimum cost.

That’s why Chromebooks are being adopted so eagerly by schools, especially elementary grades through high school. Google has created management tools for teachers and school administrators that are simple and flexible, and a generation of schoolkids is growing up in the Google ecosystem as a result. Right now a college student might still have good reason to prefer a Mac or Windows laptop, but I’ll bet that changes in the next few years.

New businesses (especially tech businesses) often are built exclusively on Google and cloud services these days. They can use Chromebooks to get their work done.

Who should not buy a Chromebook?

Chromebooks are not for Apple loyalists

If you are a full resident in the Apple ecosystem – invested in iPhone apps, working on a Macbook, relying on Apple services to sync your files and settings – then a Chromebook is not for you. Stay in Apple’s world. It’s a little pricey but it’s a nice place.

It’s unlikely that a photographer will be happy with a Chromebook as their primary computer. It’s possible to store photos online and use web-based tools to sort them and edit them, but I don’t think that’s typical yet for serious photographers. A Chromebook is perfect if your photos are stored in Google Photos and its editing tools are sufficient to meet your needs, but serious photographers will still need Lightroom and Photoshop for a while to come.

Can a Windows user switch to a Chromebook as their primary laptop?

This is the big question. If you are like most people, your work is done primarily on a Windows computer, and you’re wondering if a Chromebook laptop would be a good alternative to a much more expensive Windows laptop. Let’s try to break that down.

Each home user will have a different answer.

Many individuals use their phones as their primary tech device, and only sit down at a computer occasionally to answer email or check a website or watch a video. Chromebooks are perfect for that! That’s what will drive Chromebook sales in the next few years. You can give up the Windows crashes and malware scares and constant updates and get something that just works. Huzzah!

If you use your computer to get work done, think about the programs you use. You’ll have to find substitutes for some of them, and there will be difficult bits. Word Online and Excel Online are quite good but not identical to the desktop programs, for example, and you’ll have to puzzle out the connection from where your files are stored online in OneDrive or Dropbox to open them in the online Office programs. There will likely be some fussing to connect to your printer. There might be some program that you feel you can’t live without that won’t run on the Chromebook.

Sit at your Windows computer and imagine what it would be like if you could only use the Chrome web browser. A Chromebook isn’t quite that restrictive but thinking about it that way will help you identify your core requirements.

Change is hard. Some people don’t like things to change. Even a new version of a program with different buttons causes some people to lose their cool. Those people should not expect an easy time switching to a Chromebook.

I’ve travelled with a Chromebook and gotten all my work done. It’s getting easier as I get more familiar with them. Along the way I’ve solved a wide variety of technical puzzles that you might not want to tackle.

I started out with a number of prerequisites already in place – all my files are online and all my subscriptions to online services are in order. It might take you several steps to get to that place with your business.

If your files are on your local computer or the company server, a Chromebook will have difficulty finding them. Those files will have to be in the cloud, in Box or Dropbox or OneDrive.

If your business relies on a locally installed line of business Windows program, the Chromebook won’t be able to run it.

If you depend on a device that uses a Windows program to control it, you will have to find a workaround. A Scansnap ix500 desktop scanner, for example, can send scans to a number of cloud services, but that’s probably not the way you’re using it now.

I rely on several Windows programs that I miss when I’m on the Chromebook. For better or worse, I’m accustomed to the full desktop version of Outlook, and it’s taking time to adjust to Office 365 webmail, even though it has become very full-featured. Household finances are in Quicken. I’m accustomed to writing articles in Open Live Writer instead of composing in the WordPress portal. SnagIt is a constant companion for screenshots and simple photo editing. You’ll have your own list.

So I’ve developed a workaround. I have Splashtop running on my office desktop computer. The Chromebook can connect remotely to the desktop computer and I can work as if I’m sitting there. It’s not quite the real thing but I’ve become used to it as a good enough simulation.

Are you prepared to go through that learning curve and find those workarounds? I can testify that it can be done. But my Chromebook is my second laptop. I travel to business appointments with my treasured Lenovo Thinkpad X1 Yoga. I expect many business users to reach the same conclusion and only use a Chromebook as a second device, not as their primary computer.

Google is making a serious effort to build enterprise foundations into Chromebooks, with support for Active Directory, tools for running legacy programs with enterprise virtualization tools, and strong management controls.

This is Microsoft’s turf and Google is invading with dead seriousness. These are early days but if you sneak up behind Microsoft and say “Chromebook!”, Microsoft jumps in the air and screams involuntarily.

Ready to try a Chromebook? In the next article, I’ll give you some tips about which Chromebook to buy.