Could Microsoft Have Kept Windows Relevant? 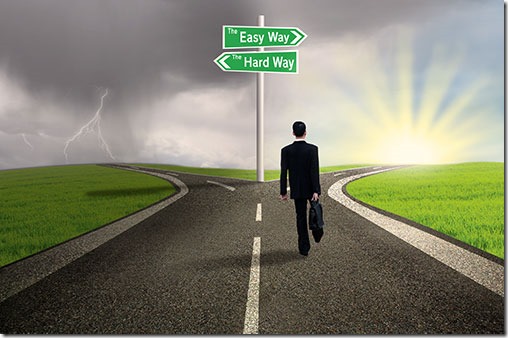 We have arrived at a point where Microsoft no longer has a Windows division. To a generation of computer users, Windows was the product that defined Microsoft and defined our own relationship to technology. Now that defining product is a legacy, used by many but beloved by few.

In this article: Could Microsoft have done anything differently? This one is really just for hard-core Microsoft watchers.

Then in the next article: The Microsoft brand isn’t cool. How did Microsoft lose touch with consumers? That one will be more fun to read – I’ll make snarky comments about all the things Microsoft has done wrong on the consumer side for the last decade.

What could Microsoft have done to keep Windows relevant?

Microsoft does not have any presence in mobile devices. Roughly all the phones and tablets in the world are Apple or Android devices. It is commonly understood that Microsoft “missed” the mobile revolution.

I’m not convinced, for two reasons.

•  Microsoft didn’t miss anything. It wasn’t good enough. Microsoft started working on an operating system for phones and tablets long before Apple released the iPhone. Its first incarnation of a mobile system, Windows CE, dates all the way back to 1996. Windows Mobile was the most popular smartphone software in the US in 2007 when Apple released the iPhone, which effortlessly blew it out of the water. It was rewritten as Windows Phone in 2010 and Microsoft spent the next few years trying frantically to get a toehold in the smartphone market (wasting more than seven billion dollars on a fruitless purchase of Nokia along the way), but Microsoft’s real failure was that it didn’t get it right when it had a clear opportunity before Apple ever stepped in.

•  More important, though: Microsoft’s cultural focus on Windows means it could not have succeeded in mobile – period, end of story. In 2007, Microsoft’s entire identity was bound up in the belief that our loyalty to Windows and immersion in the Windows ecosystem would drive our preferences in phones and our choice of mobile devices. Windows Mobile and Windows Phone were explicitly designed to complement our Windows computers, which were supposed to continue to be our primary technology devices.

Our loyalty to Windows was shallow. Apple and Google discovered that we would embrace smartphones without any connection to Windows. Microsoft was not prepared to accept that in 2007. Microsoft’s Windows-centric world view meant it could not start from scratch to build a superior standalone mobile operating system that would be more compelling than iOS and Android. Microsoft kept trying to push a Windows- and computer-centric view of mobile devices long after the futility of that should have been apparent.

When it became clear that our iPhones and Android phones would have almost no synergy with our computers, Microsoft switched gears and has been trying to connect businesses to an ecosystem across mobile devices and computers built on the Office programs and Office 365 services. That’s been partially successful, although Microsoft’s mobile apps are seldom best in class.

The mobile failure is a big part of the story, but it seems obvious there is another gap in Microsoft’s lineup today. Unfortunately the same focus on old-school Windows would have made it impossible for the company to develop it when it was needed.

The basic elements of Windows’ architecture were designed in the early 90s, before the Internet existed. Windows started life as an operating system for individual, non-networked computers. At its heart is the registry, a database with millions of entries that defines almost everything about your Windows sessions and most of your programs. The registry is a twenty-five year old legacy. It was introduced in Windows 3.1 in 1992 and became the basis of Windows computing in Windows 95 in 1995. To put that in context, remember that Windows 95 shipped without Internet Explorer and without enabling TCP/IP, the networking protocol that drives the Internet.

Microsoft has worked hard to make each new version of Windows compatible with earlier versions. The basic architecture of Windows has not changed. Recently Microsoft started syncing a very small bit of information online if you log in with a Microsoft account, but it’s a halfhearted effort that seems mostly to sync wallpaper. Most Windows and program settings are still stored on your hard drive in the hidden AppData or ProgramData folders or in the registry. Those folders can become quite large and are not synced.

The result is that Windows is hard to maintain and runs terribly on cheap computers. It needs a fair amount of power to run the OS and run programs, and each computer has to be set up from scratch with little or no assistance from settings and preferences held online.

Dream with me about another path.

Imagine that Microsoft had a version of Windows that was built from scratch to store everything online – all your preferences, all your program information, all your files. You could pick up any device and log in and within seconds you’d see your desktop, your files stored in OneDrive, your apps (which are installed automatically in the background), your browser bookmarks, your toolbars,  your preferences. This would be a grownup, Internet-era version of “roaming profiles.” Logging off would remove all traces of your computer use, making it possible to pick up any laptop and use it freely – particularly important for schools. Laptops would need less power, making them cheaper. Battery life would be far better.

Do you understand that I’m describing ChromeOS, the Google operating system that runs on Chromebooks? Google started from scratch in 2009 and delivered exactly that type of OS with the first Chromebook in 2011. A generation of students is growing up in Google’s ecosystem using Chromebooks in schools because they are cheap, easy to maintain, and easy to replace. As I said last year: “Chromebooks in schools are a mortal threat to the future of Windows. Kids using Chromebooks never become loyal to Windows and never learn reasons to prefer Office programs instead of Google’s online alternatives. If Chromebooks dominate in schools, the decline of Windows will be sharply accelerated in a single generation.”

A year ago Microsoft announced a mysterious new version of Windows aimed at education. I wrote an article speculating about whether “Windows 10 Cloud” (rumored to be the name) might offer true device independence by matching ChromeOS – built for lightweight, cheap, low-powered computers in an online world but with the familiar look and feel of Windows. Microsoft might have held onto kids in school if it had introduced a truly lightweight OS with visual similarities to Windows and a path to full-powered Windows computers as the kids got older.

I was sadly disappointed. Microsoft unveiled “Windows 10 S,” which is literally identical to Windows 10 Pro but with some useful parts blocked out. It runs badly on low-powered computers. It is difficult to maintain. For all intents and purposes, not a single human being in the world is running Windows 10 S. In particular, it has nothing for schools and its adoption rate in schools is effectively zero.

There were paths not taken by Microsoft – the mobile path, where Microsoft simply wasn’t good enough, and the hard path to a new operating system for a new online world, which Microsoft did not walk down. Windows lost our loyalty and Microsoft lost the consumer market.

Big companies do not give up easily. Microsoft has never stopped trying to make money from consumers. It has failed almost completely. In the next article, I’ll go through a pretty shocking list of ways that Microsoft has ruined its reputation with consumers.