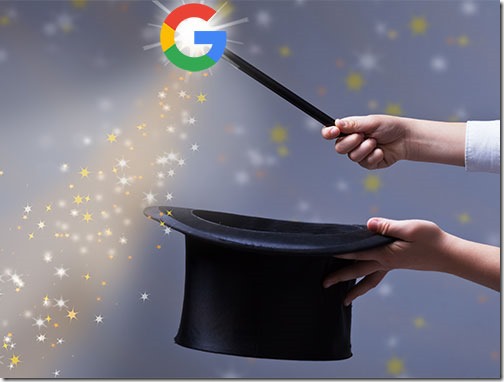 Google gave one of the all-time great technology demos on stage this week at Google I/O, its developer conference.

Before you do anything else, watch this video of Google CEO Sundar Pichai presenting Google Duplex. Take four minutes. It’s worth it. You might be excited, amazed, frightened, or creeped out, but I guarantee you’ve never seen anything like it before. (Click here if you don’t see the video embedded below.)

Seriously, if you didn’t watch the video – I know, you’re busy, you’re a very important person. But give yourself four minutes to see real magic and think about what it might mean for our future.

The demo shows you something that has never been seen before: a computer carrying on a conversation that is literally indistinguishable from a human.

Google posted details about the technology behind Duplex here. The project is focused now on certain types of tasks with a predictable conversation flow – scheduling appointments, making restaurant reservations, checking whether a business is open. As with anything involving real people, even those simple conversations can veer off in unexpected directions. Google’s technology is designed to work through many types of challenges, from accents to sidetracks to background noise. During its testing, Google has a call center ready to take calls that are handed off by the automated system when it loses track of what’s going on. There are many questions to discuss about the level of transparency required (should the computer announce itself as an automated agent?); about what happens when similar technology becomes available for the business answering the call (do two computers have a conversation with each other?); about what to do when this technology is abused (think of the horror of the next generation of robocalls!); and much more.

First, the important real world perspective: Google Assistant may not do this for you any time soon. There have been exciting tech demos before that have not led directly to the promised miracles. There are many reasons that the Google Duplex technology may be too difficult to roll out to consumers or may wind up being used for something different than haircut appointments.

Rather than dwell on the details, then, let me just provide one bit of perspective.

The term “artificial intelligence” is used freely in Silicon Valley these days. It’s often hard to know what it means. The term ought to be reserved for truly special projects that take a lot of data about us, analyze it, and draw inferences about how to use it in some unexpected way that requires more than mere computation.

A couple of years ago Google gave us the first truly revolutionary service that exists because of artificial intelligence. Google Photos uses AI to recognize all the details about our photos – the objects, locations, people, and inferences about what’s going on in each picture. As we upload more photos – provide more data – the service continually gets better at analyzing our pictures. The ability to search our photos has opened something completely new to us: a way to search our memories that is brand new and life changing.

Now the AI behind Google Photos has provided a path for Google to announce Lookout, an app to assist people who are blind or visually impaired. Put an Android phone on a lanyard or in a shirt pocket with the camera facing out and the app will identify the objects in the world in front of you, recognizing them in real time – telling you the chair is at 3 o’clock, finding the elevator, reading the text on a sign out loud.

Similarly, Google Lens is continually improving; soon it will be even more effective and able to translate a menu from Spanish to English, identify a breed of dog, find similar products to the one in front of the camera, and much more. Here’s an upcoming improvement that anyone might find useful: point Google Lens at something with text and you’ll be able to immediately highlight and copy the text – no need to email the picture to yourself and try to find some app to do that for you.

That’s what true artificial intelligence is all about: providing a new service that could not even be conceived of before companies like Google accumulated vast amounts of data and developed computers that can analyze that data and draw inferences from it.

Google Duplex may lead to a similar revolution. Google is analyzing countless numbers of conversations to identify speech patterns, voice characteristics, how we talk and react to each other, and is trying to deliver something unexpected: agents that we trust to perform simple tasks for us, and agents that we will be comfortable responding to.

I don’t know what that might lead to. But I recognize magic when I see it. Google has shown us a great magic trick.