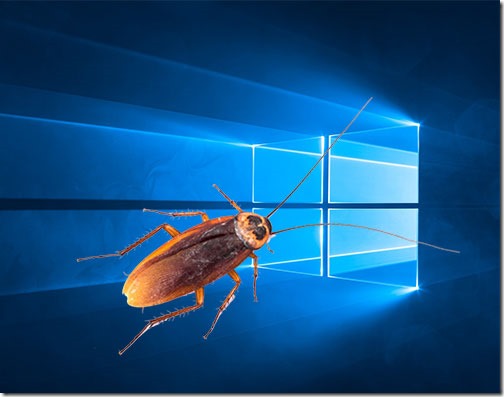 This is why Microsoft doesn’t have any friends.

If you start seeing a barrage of notifications about “low disk space” on your Windows 10 computer, it is likely to be the result of a bug in the Windows 10 April 2018 Update. There’s an easy fix – all you have to do is run a short, dangerous command that could potentially kill your computer if you mistype it.

We should not be required to do this. Computers are too hard to use and all too often it’s Microsoft’s fault.

This fix applies to you only if all the following things are true.

•  You are getting “Low disk space” notifications about a drive that is full. Confirm that it is not the C: drive. If it is the C: drive, you have a different problem.

•  Open File Explorer. The drive that is full is small, typically less than 1Gb. I’ve seen them anywhere from 300-860Mb. If it’s larger, with its size measured in gigabytes (GB), then it might be one of your real drives used to store files and you have a different problem.

I’ve been contacted by many clients about this in the last couple of days. I see lots of people looking for answers online. Windows Central says: “According to reports, Microsoft is aware of the issue, and the company may release a cumulative update to automatically address this problem.” I haven’t found any confirmation of that anywhere else.

How to fix the Low Disk Space notification

You’re going to run a command that will remove the drive letter from the “full” drive. You won’t miss it. Details are below.

Go through my checklist above one more time. I don’t want any silly mistakes. If you mistype the command and all your files disappear and your computer won’t turn on and your dog is missing and your Amazon Echo badmouths you behind your back, I can’t be responsible. Call your friendly IT pro for help. Taking on this kind of responsibility is what makes all IT pros wealthy and highly respected.

•  Right-click on “Command Prompt” and click on “Run as administrator.”

•  At the prompt, type this command in. Put in the drive letter of the full drive.

•  When you hit Enter, the “full” drive will disappear from File Explorer and you will stop getting notifications about it.

Why are we in this hellish techno-nightmare?

All right, maybe that’s a little strong, but I am so sick of Microsoft’s self-inflicted wounds that I could scream. Can you tell?

Here’s the story of this bug.

The April 2018 Update for Windows 10 has a bunch of problems. Ten days ago I wrote this article warning you not to install it by accident.

But that wasn’t going to slow down Microsoft for long. On Patch Tuesday, May 8, Microsoft began aggressively rolling out the buggy April 2018 update, pushing it into the Automatic Update channel where it can’t be stopped and can barely be delayed.

On the same day, May 8, Microsoft also released a separate “cumulative update” that fixed many of the worst problems with the April 2018 update – but not all of them.

This bug didn’t get fixed, so many people – thousands, hundreds of thousands, millions? – are seeing an onslaught of erroneous “low disk space” notifications popping up every few minutes, along with a completely useless link that brings up the Disk Cleanup wizard, which doesn’t apply to this situation.

The drive that you’re seeing in File Explorer is a section of the hard drive that is set aside by the manufacturer for recovery files. They’re used if Windows needs to be reset. That section of the hard drive has always been there and has always held the same files, but normally it is not assigned a drive letter. It takes care of itself and stays out of sight. When you remove the drive letter, it goes back to the condition it was in all along.

The tip above is the easiest and most effective way to remove the drive letter from the OEM recovery partition. Normally you can assign or change drive letters using the Computer Management console but in my experience those commands don’t appear on the context menu for this partition. I don’t know why.

There is also a way to remove the drive letter with a longer procedure involving DISKPART, a dense system command. It requires several steps to select the volume and remove the drive letter, with a few extra confusing bits. That’s the solution appearing most places I’ve found it – for example, here, here and here. That solution works but it’s more complicated. My tip is the easiest way to solve this problem.

No, wait. That’s not true. The easiest way to solve this problem would be if Microsoft released updates without bugs that create terrible experiences for users.