Microsoft Is Cutting The Ribbon In Word, Excel & Outlook 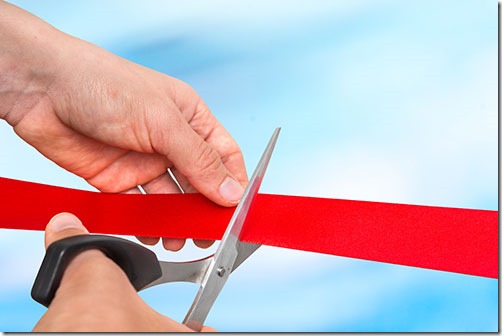 Microsoft intends to simplify the ribbon in Outlook, Word, Excel, and Powerpoint. It’s possible that Microsoft will work thoughtfully and carefully and you will be happy with the result.

Oh, stop it. I hear you laughing. I’m serious. Microsoft is saying all the right words. They want to make the ribbons (the tabbed toolbars across the top) simpler and easier to use, but they say there will be an easy way to return to the way they look now for people with strong muscle memory who don’t want to change.

There’s nothing you need to do today. Microsoft is previewing changes that are still a long way down the road.

For now, take a trip down memory lane.

This was the Word toolbar in Office 2003. Commands were buried in deeply nested menus. New features had been shoehorned into whatever space could be found, leading to a disorganized presentation.

Microsoft embarked on an ambitious attempt to simplify and reorganize the toolbars for the Office programs. When Office 2007 was released, it featured a radical departure: ribbons and buttons that replaced the menus completely. Nothing was in the same place. Commands were organized far more coherently but all Office users had to train themselves from scratch to discover the new location for familiar commands. (Outlook was the exception; it did not get a ribbon until the next version, Office 2010.)

This is the ribbon as it appeared in Word 2007. Today the icons have been updated and the look is flattened but the layout of the Word ribbon has changed very little in the last eleven years.

The new ribbon takes less space onscreen. The icons are redesigned behind the scenes so they render crisply on screens of all sizes and resolutions. Lots of things have been left off.

Microsoft claims to have learned its lesson about changing the interface of programs used by a billion people daily. Many people were upset when the ribbons were introduced in Office 2007. And of course we all know what happened when Microsoft tried to unilaterally change the Start menu and desktop in Windows 8. That’s why Microsoft’s blog post about the upcoming ribbon changes is so carefully worded:

“People who prefer to dedicate more screen space to the commands will still be able to expand the ribbon to the classic three-line view. . . . Users have a lot of “muscle memory” built around these versions, so we plan on being especially careful with changes that could disrupt their work. We aren’t ready to bring the simplified ribbon to these versions yet because we feel like we need more feedback from a broader set of users first. But when we do, users will always be able to revert back to the classic ribbon with one click.”

Notice the “simplified ribbon” switch in the upper right of the Word Online toolbar. One click restores the familiar ribbon that you’re using today. Microsoft presumably will do something similar with the desktop versions of the Office programs. An interesting thought experiment: would Windows 8 have succeeded if Microsoft had included a one-click way to restore the familiar Windows 7-style Start menu? Windows 8 was otherwise a solid operating system. Hmmm . . .

Of course, a simplified ribbon only works if Microsoft chooses wisely and you can easily find the commands you want. Everyone uses a slightly different combination of features in the Office programs. It’s unclear how to access “missing” features that do not appear by default in the simpler ribbons. Perhaps Microsoft thinks you will do a search by typing into the box, “Tell me what you want to do.” Did you know there’s a box like that in the Office programs now? I didn’t think so. The simplified ribbons will reportedly have an easy way to pin your favorite commands in place, but I’m skeptical about solutions that require people to customize their programs. Example: the terrible Windows 10 Start menu can be extensively customized. Start a timer while I count the number of clients who have customized their Windows 10 Start menus. Ding! The answer is: none. I don’t even customize my own Start menu.

I have mixed feelings about an Outlook overhaul. This is my toolbar for the desktop version of Office 2016.

On the one hand, it is obviously a cluttered mess. There are a number of things that I didn’t ask for and don’t use. Groups? Store? Not for me, thanks. I’ve been trying unsuccessfully to get rid of Customer Manager ever since it appeared. I’ve tried everything to kill Adobe Send & Track and it keeps coming back.

On the other hand, Microsoft apparently thinks the dumbed-down interface in the Windows 10 Mail app is an aspirational goal for a mail program. That’s so wrong that it’s hard to know what to say.

The timetable for the new ribbons is unclear. Only some users see the above Word Online toolbar today. (I see it when I’m logged into my personal account but not my business Office 365 account.) Microsoft was intentionally vague, saying only that updates will be “rolling out gradually over the next few months.”

Interestingly, Microsoft hinted that Outlook may be the first desktop program to get a simplified toolbar. Testing of a new toolbar for the desktop Outlook will begin next month for insiders.